We are still awaiting the return of the boiler, however there has been some more tasks carried out whilst we wait.  The smoke box which was put in place with its door and chimney for the new cover picture, has had some finishing work carried out.
The smoke box door liner is pictured whilst being worked on. 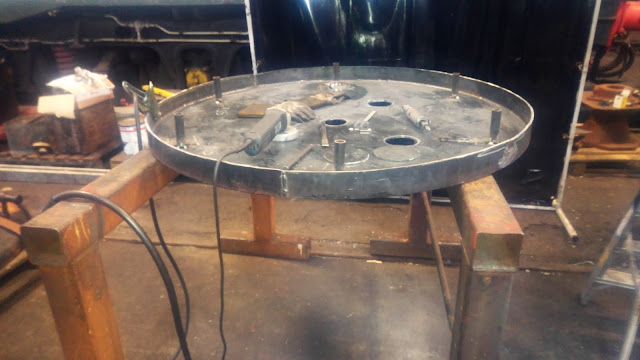 The smoke box itself being aligned to have various holes cut out. 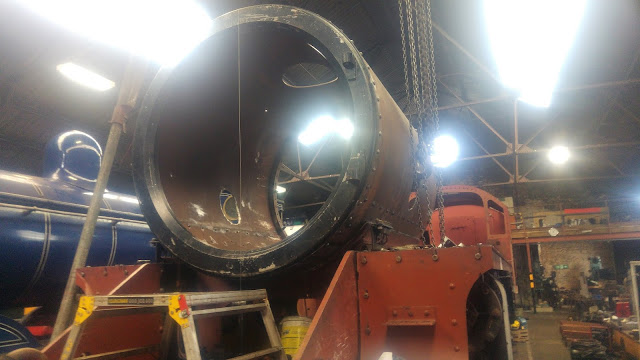 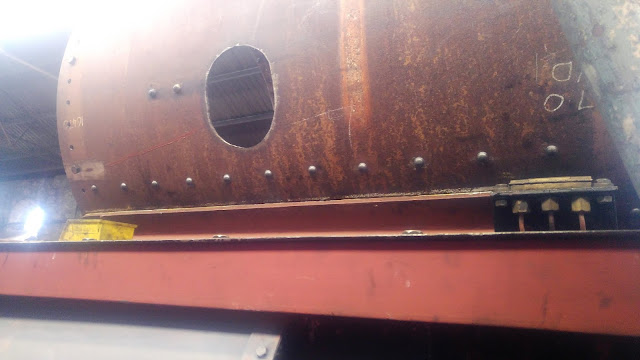 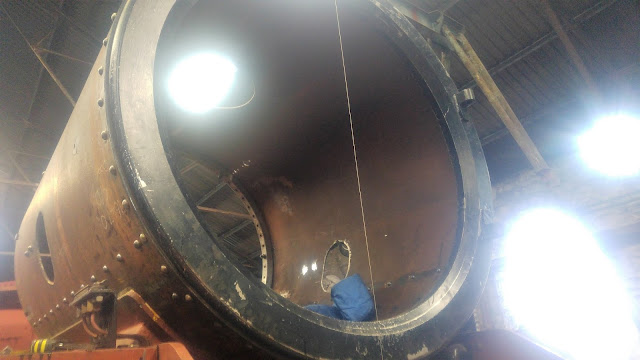 At the rear of the smoke box the spacer ring in place to have its rivet holes drilled. 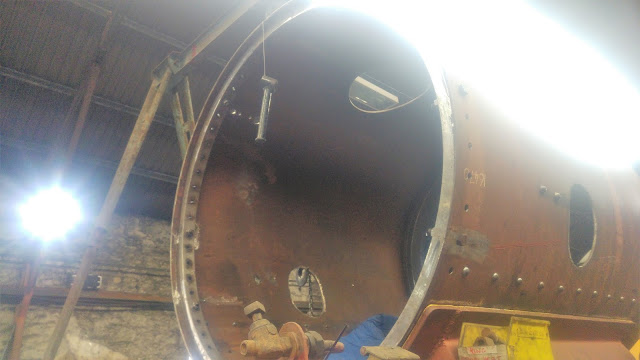 At the rear of the tender the tanks support brackets are welded in place. 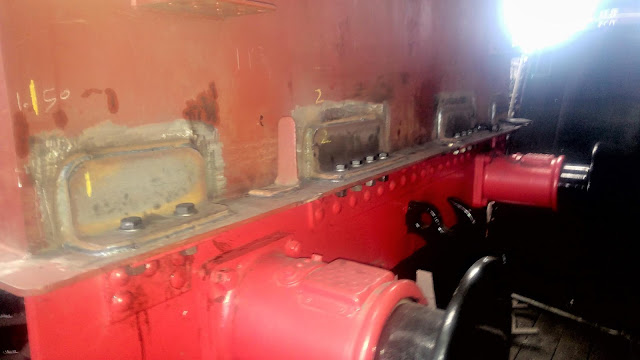 The tender tank water valves have been cleaned up and are ready to be refitted. 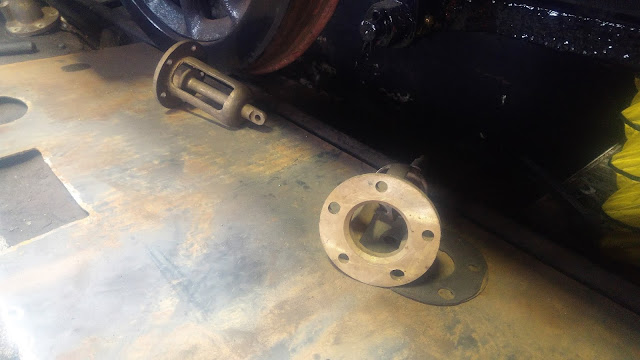 Underneath the tank the locating bosses for the water pipes that were found to be fitted incorrectly have been cut out.  The right hand water pipe can be seen in place to align the new bosses when they are fitted. 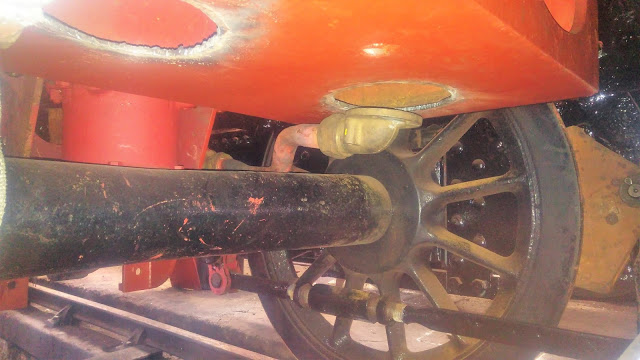 The left hand water pipe ready to be re-fitted. 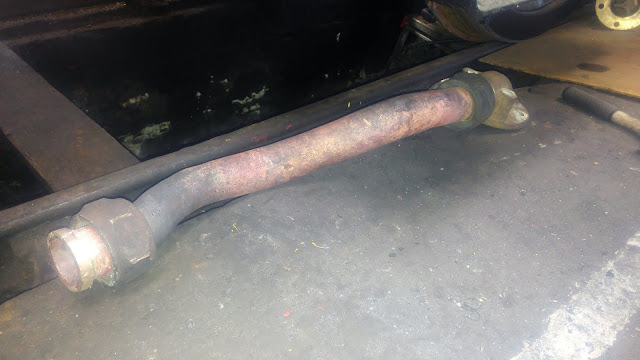 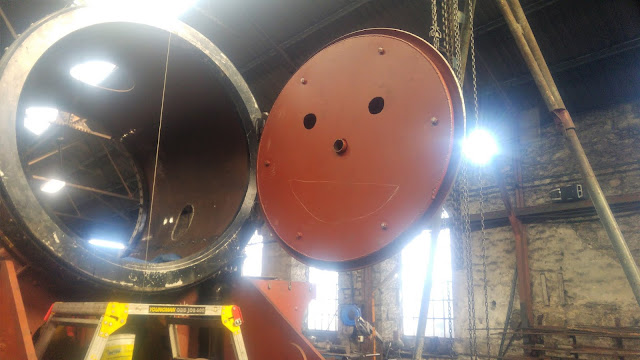 The smoke box door from the front. 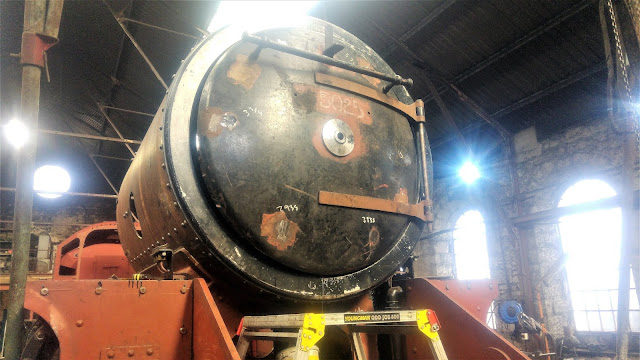 Underneath the tender tank the water pipes have been fitted to the new bosses which in turn are part of the new pieces of plate that have been welded in place. 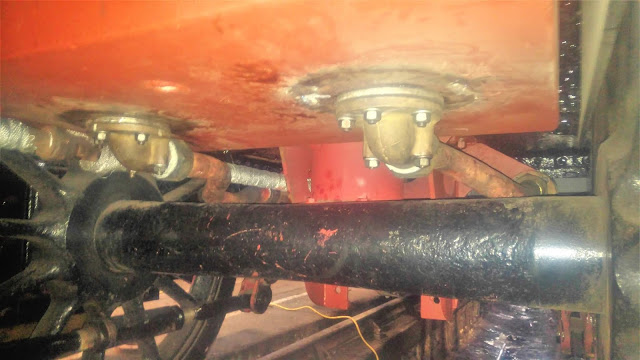 At the front of the tank attention has turned to fitting the water valve operating mechanism. 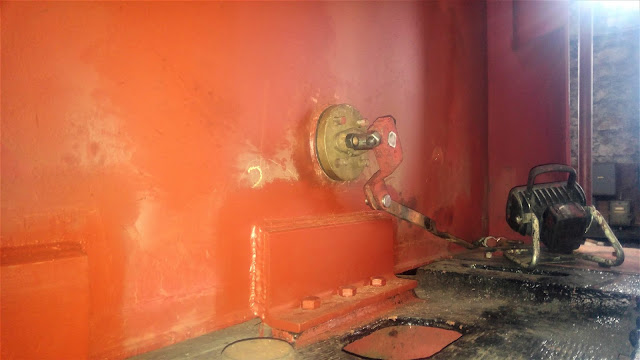 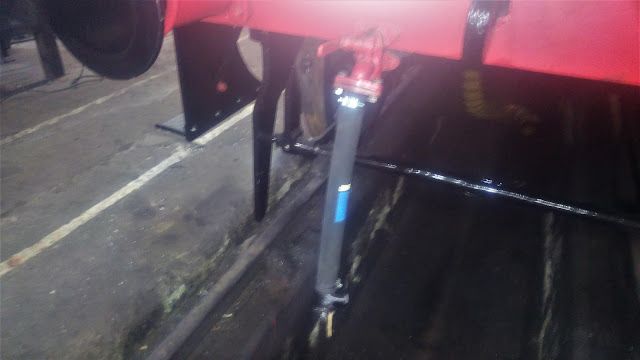 In the workshop the steam manifold is having new fittings attached. 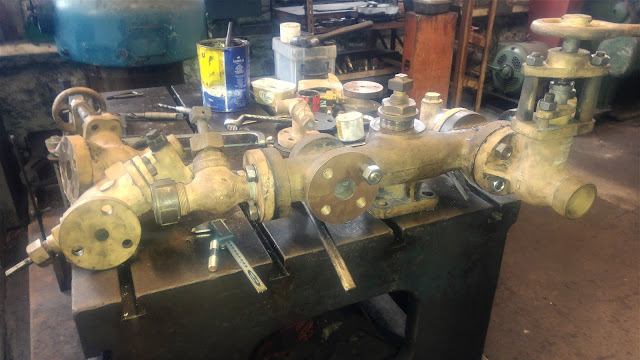 The hand brake mechanism being fitted at the front of the tender. 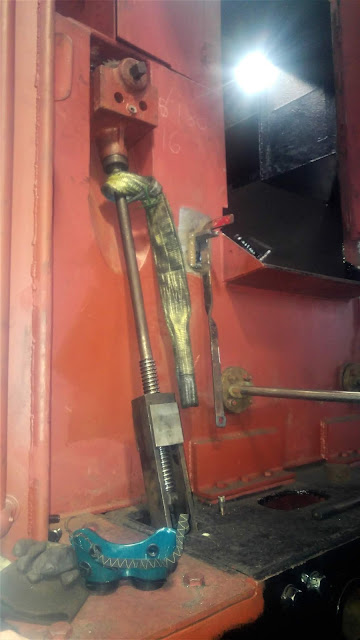 Followed by the tender floor plate and hand brake cover. 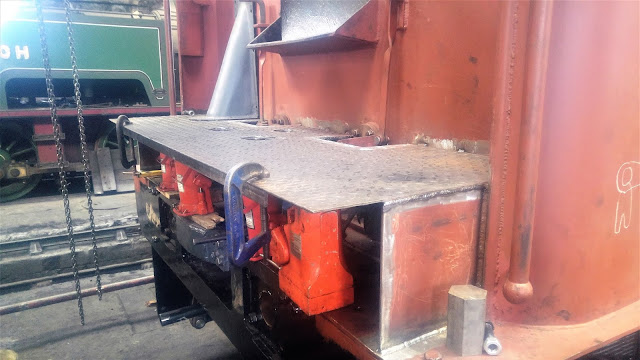 At the front end the cylinder covers have been fitted. 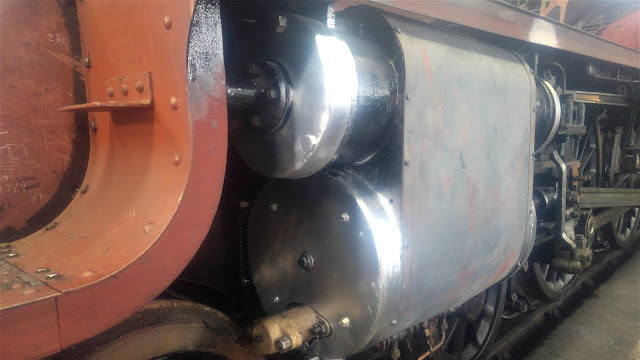