This last week has seen the removal of the parts used to hold the front frames in position.  The outside of the frames have been cleaned up and a coat of red oxide applied, apart from the weld area which will be subject to an NDT test before being painted. 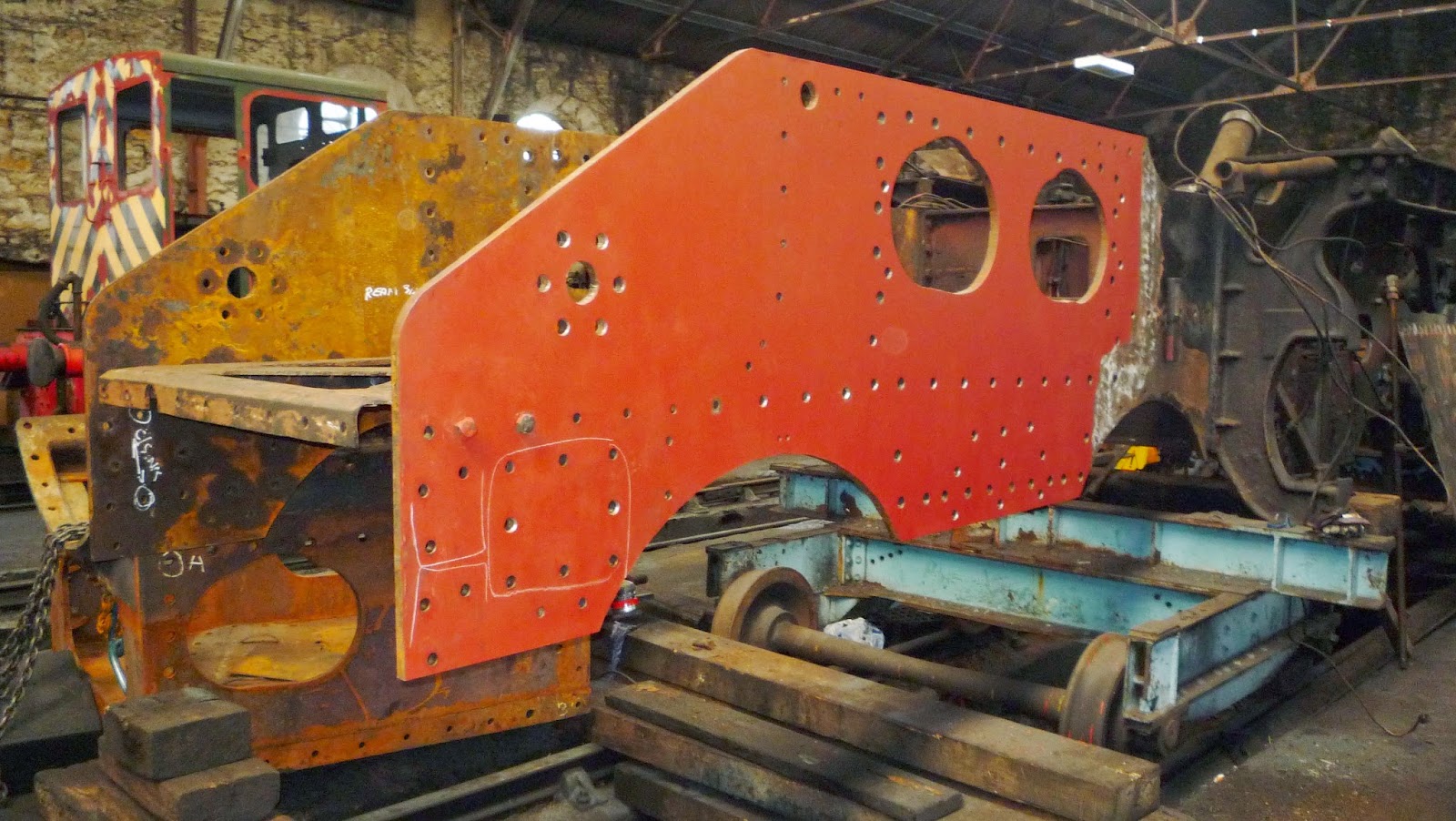 The front bogie mounting plate has been receiving attention.  This was separated from the stretcher on which it is mounted, the corrosion which had built up underneath it was cleaned off and the whole area painted with red oxide paint.

Here Nathan is seen working on the plate and mounting point, the whole assembly is upside down. 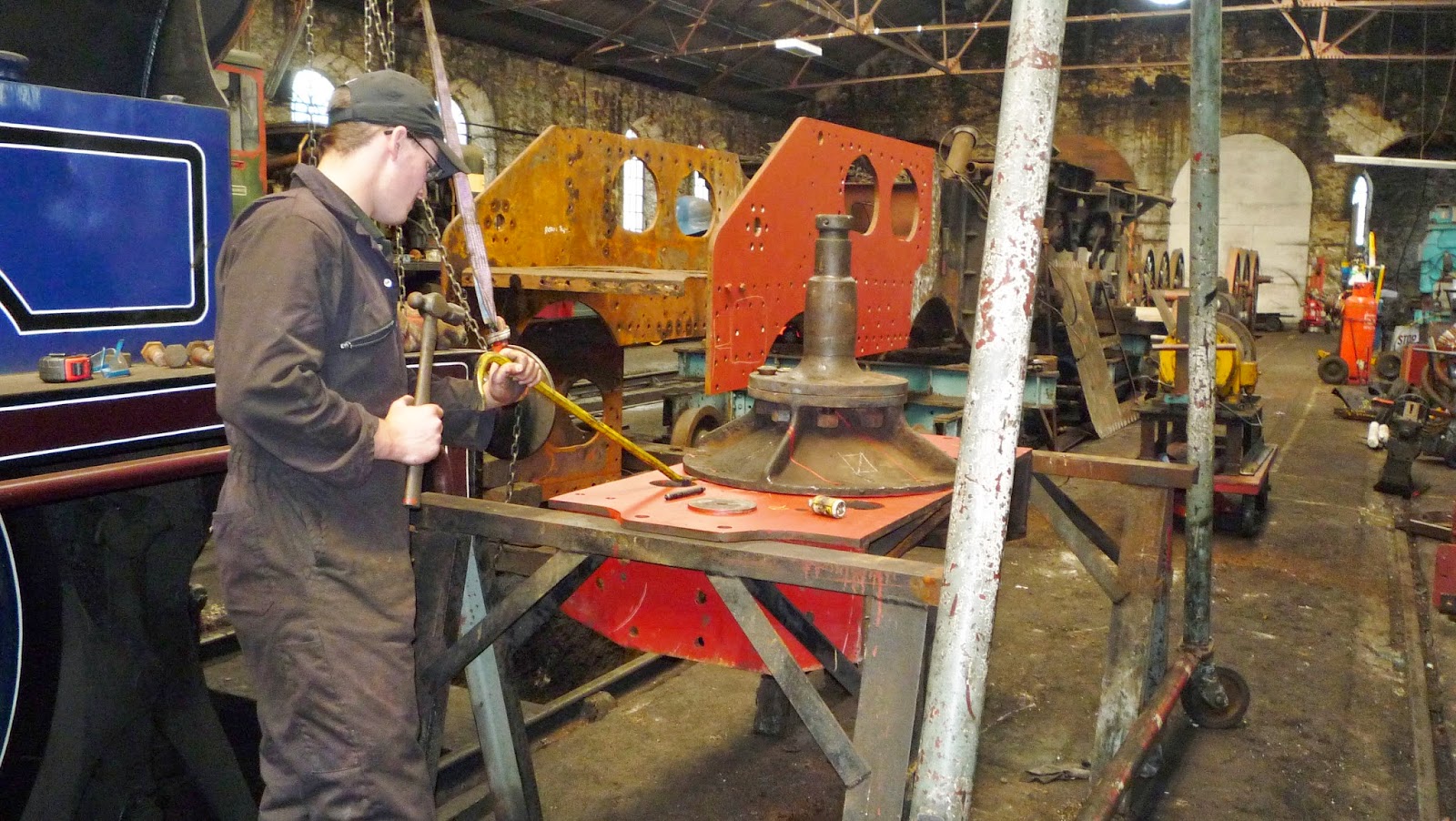 The bogie mounting in close up. 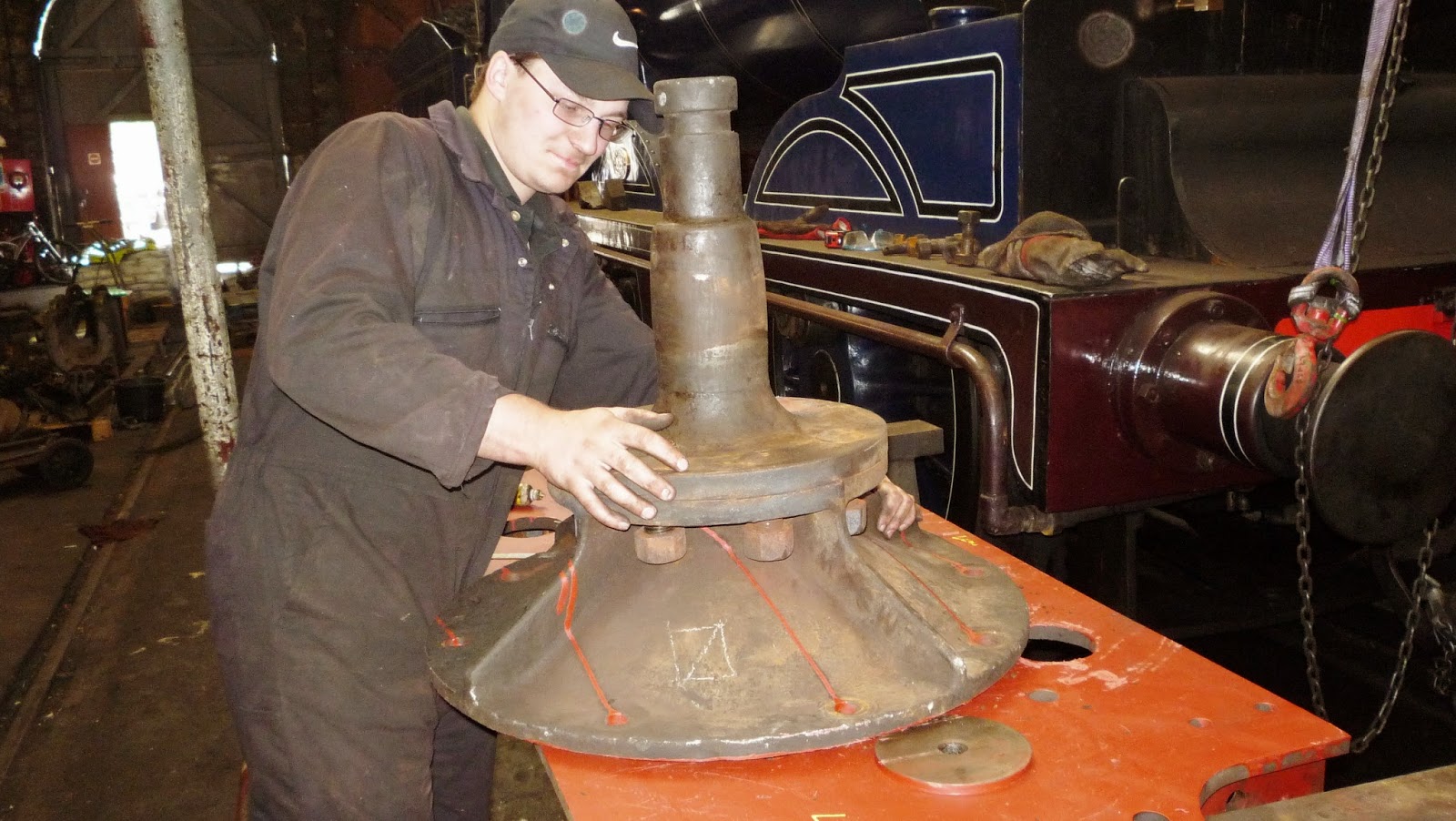 Attention has now turned to the rear frames, these will also need to be cut and replaced. 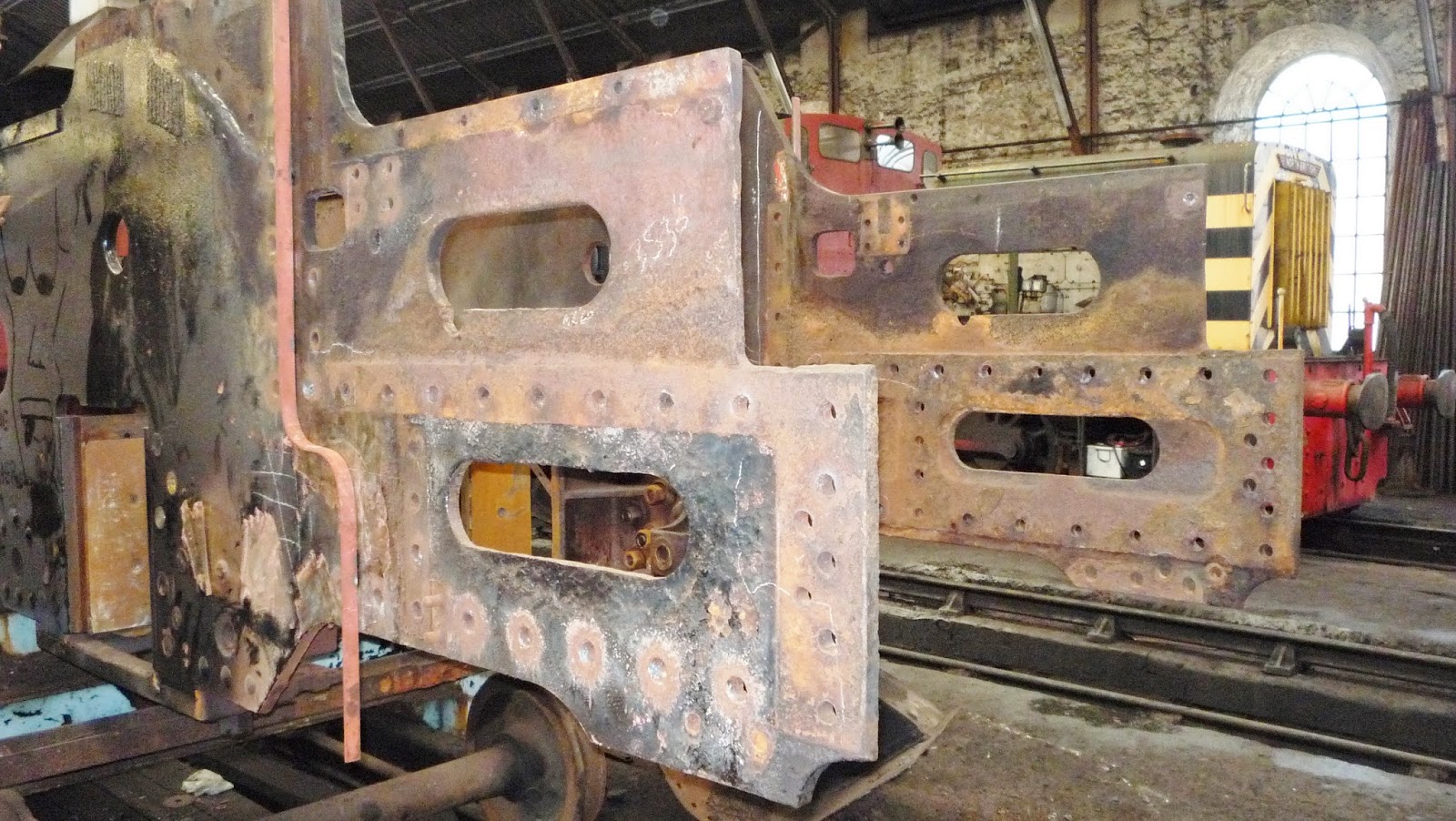 The rear frames with a moulding attached to mark out the cut line. 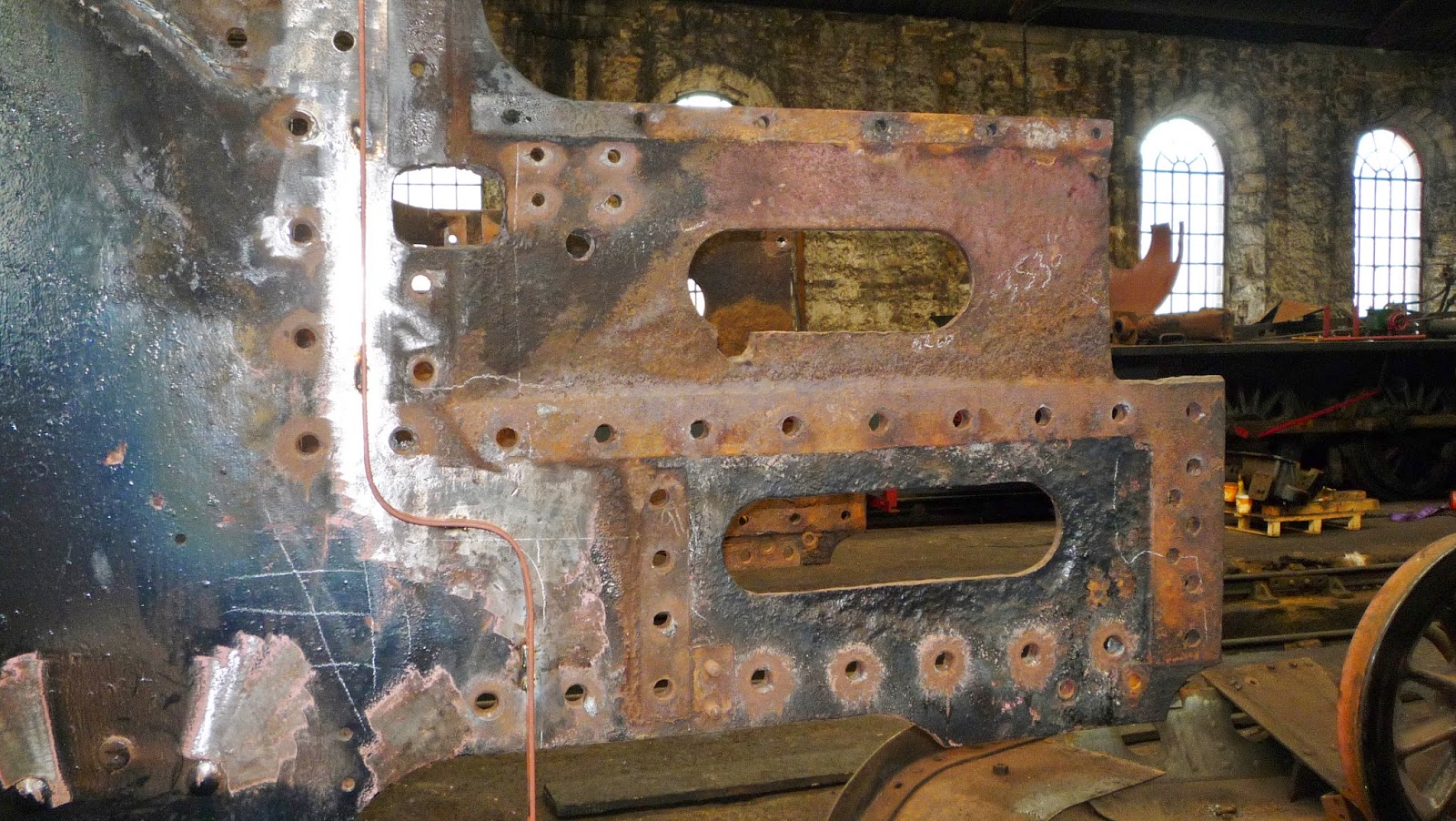 A side on view of the rear frame showing the cut line.
Posted by foxontour at 22:25 No comments: 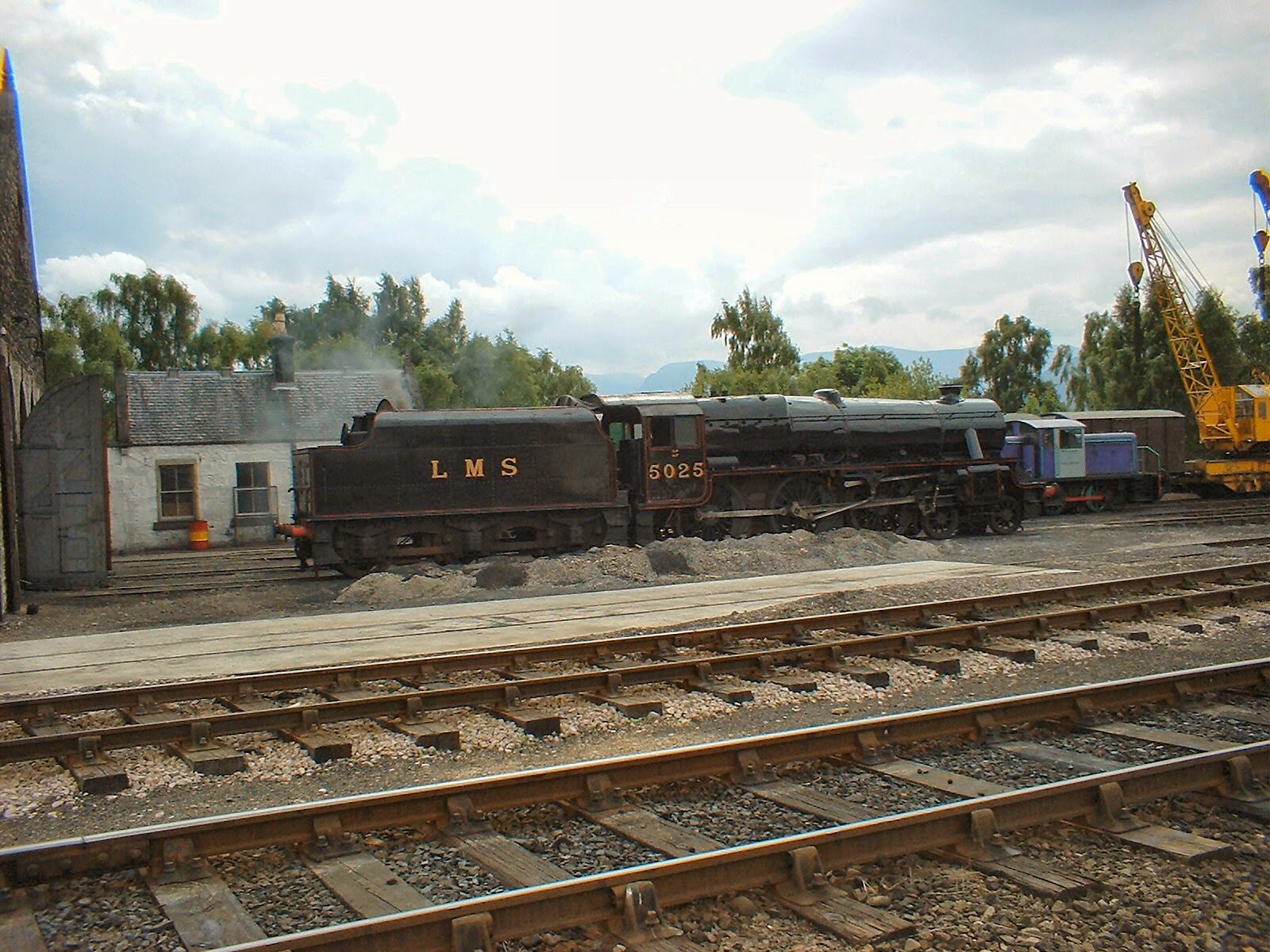 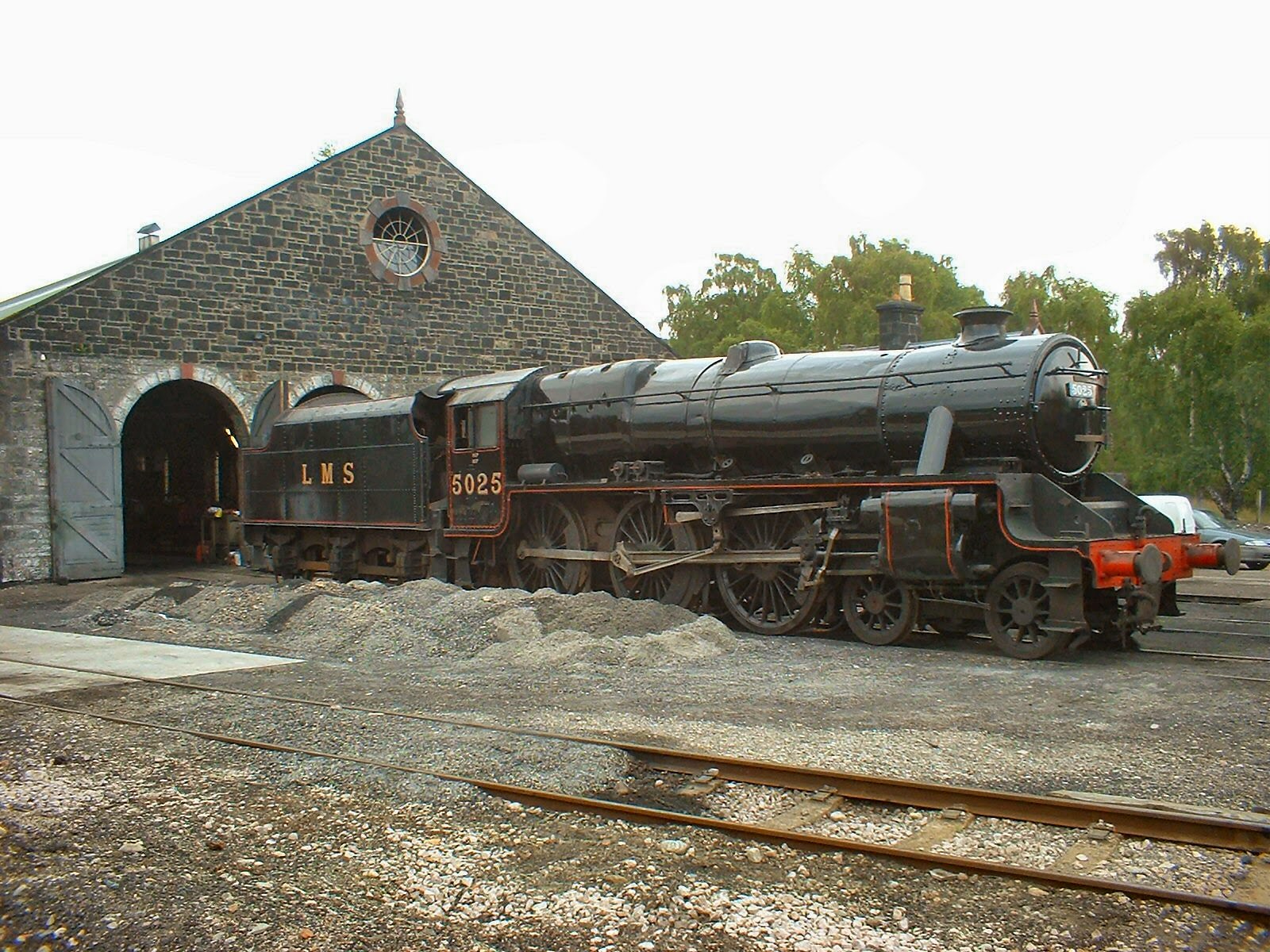 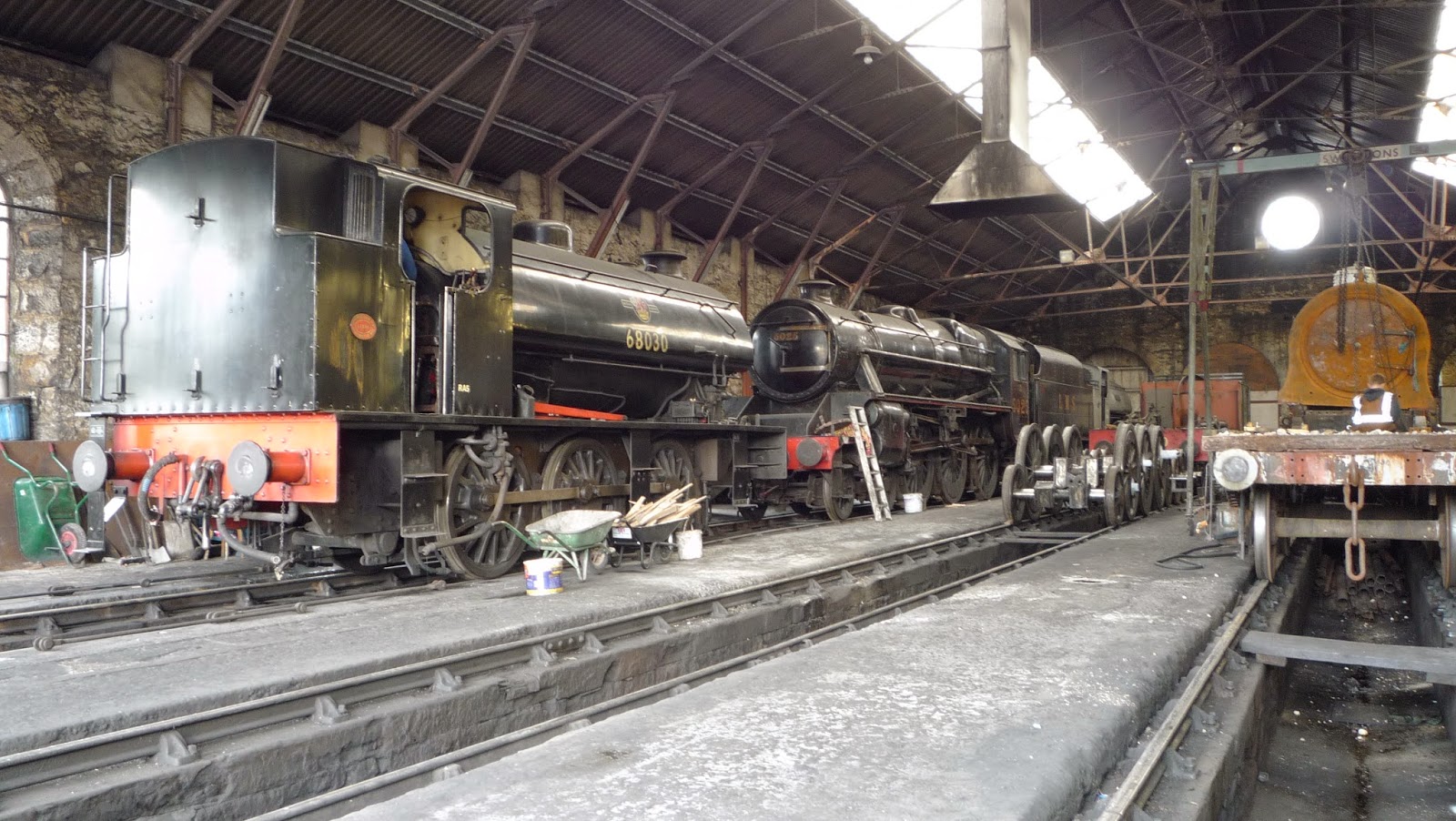 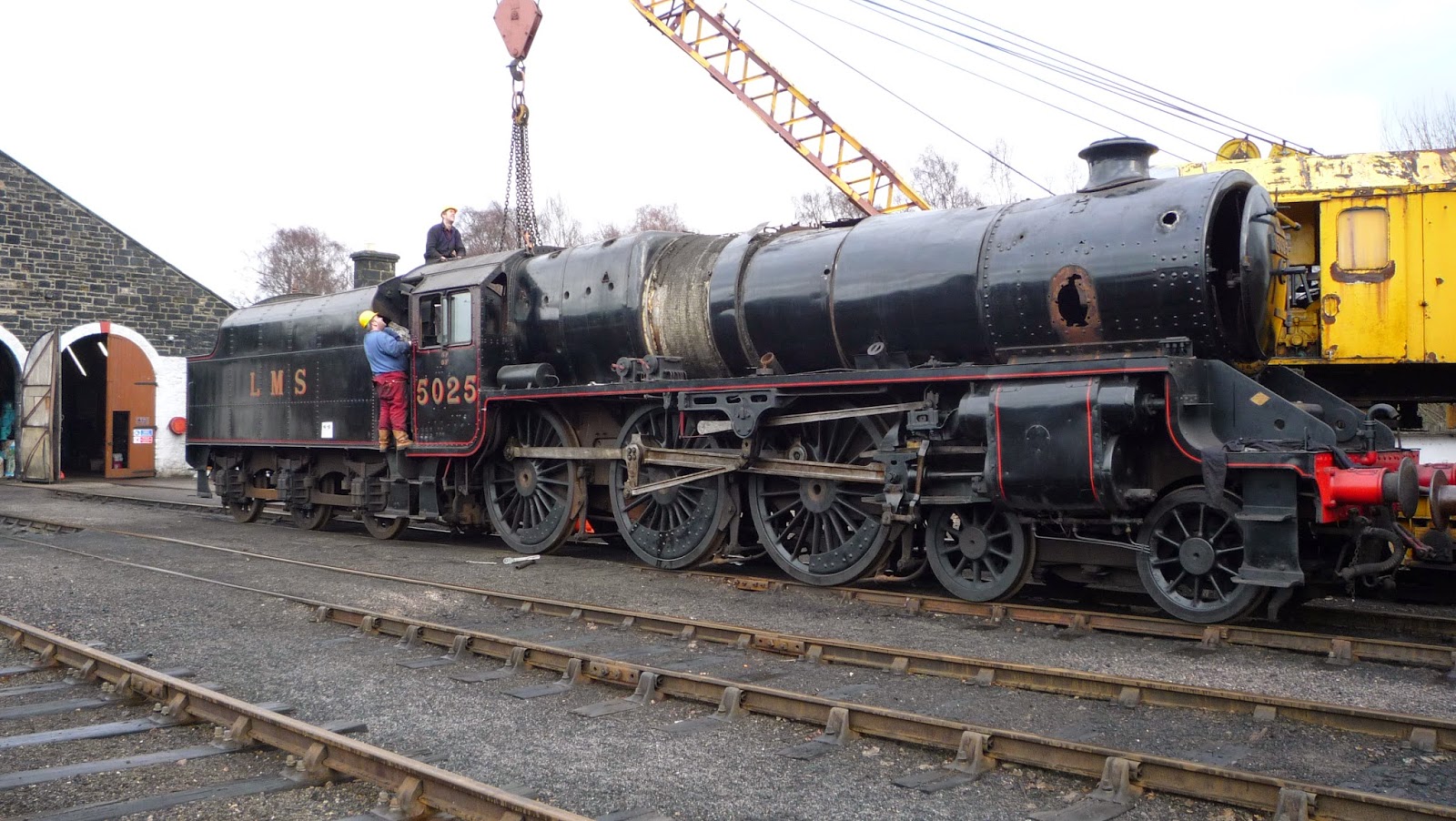 Following a period of preparation, dismantling started in February 2011, above and below the cab roof is about to be removed. 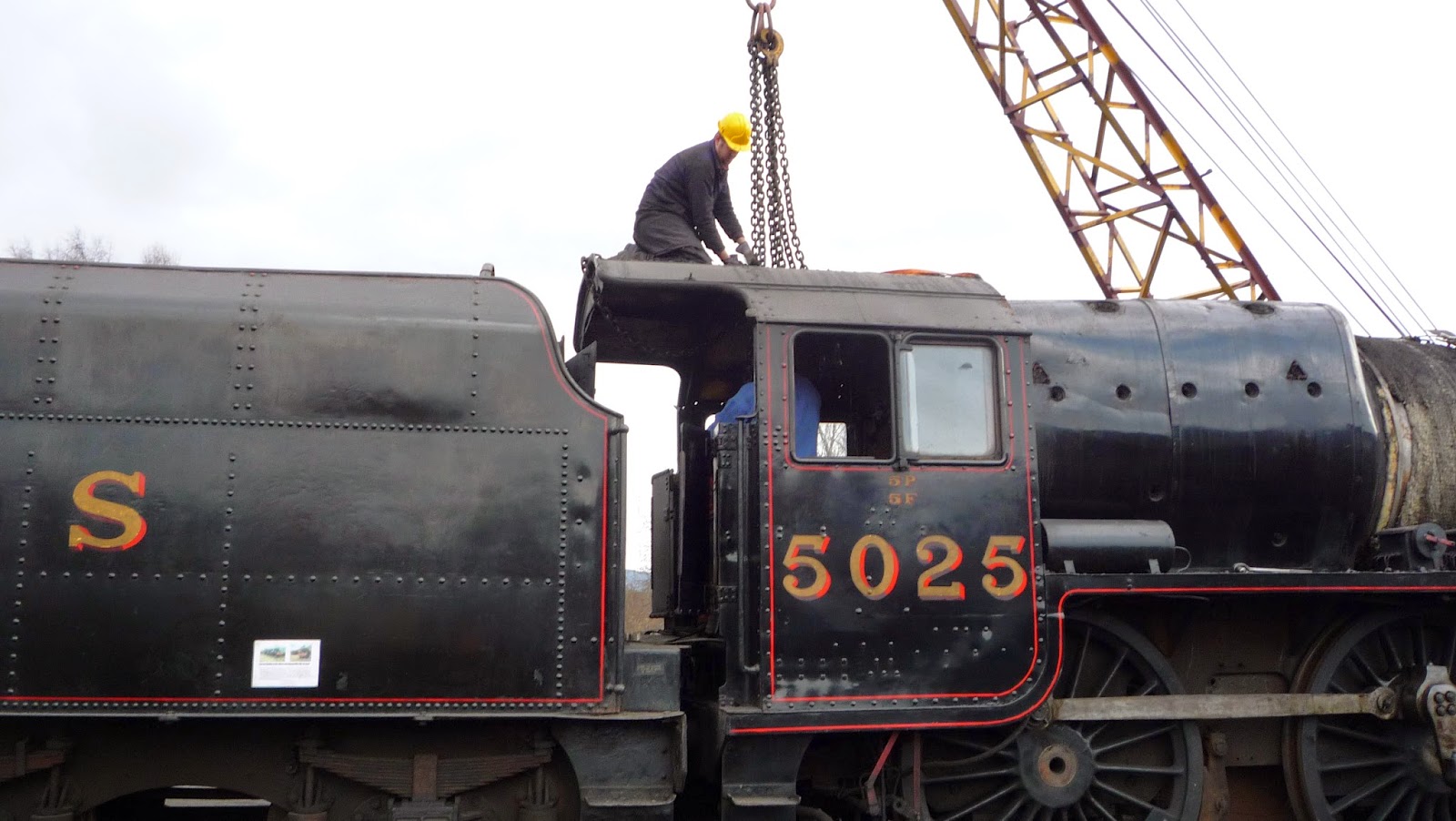 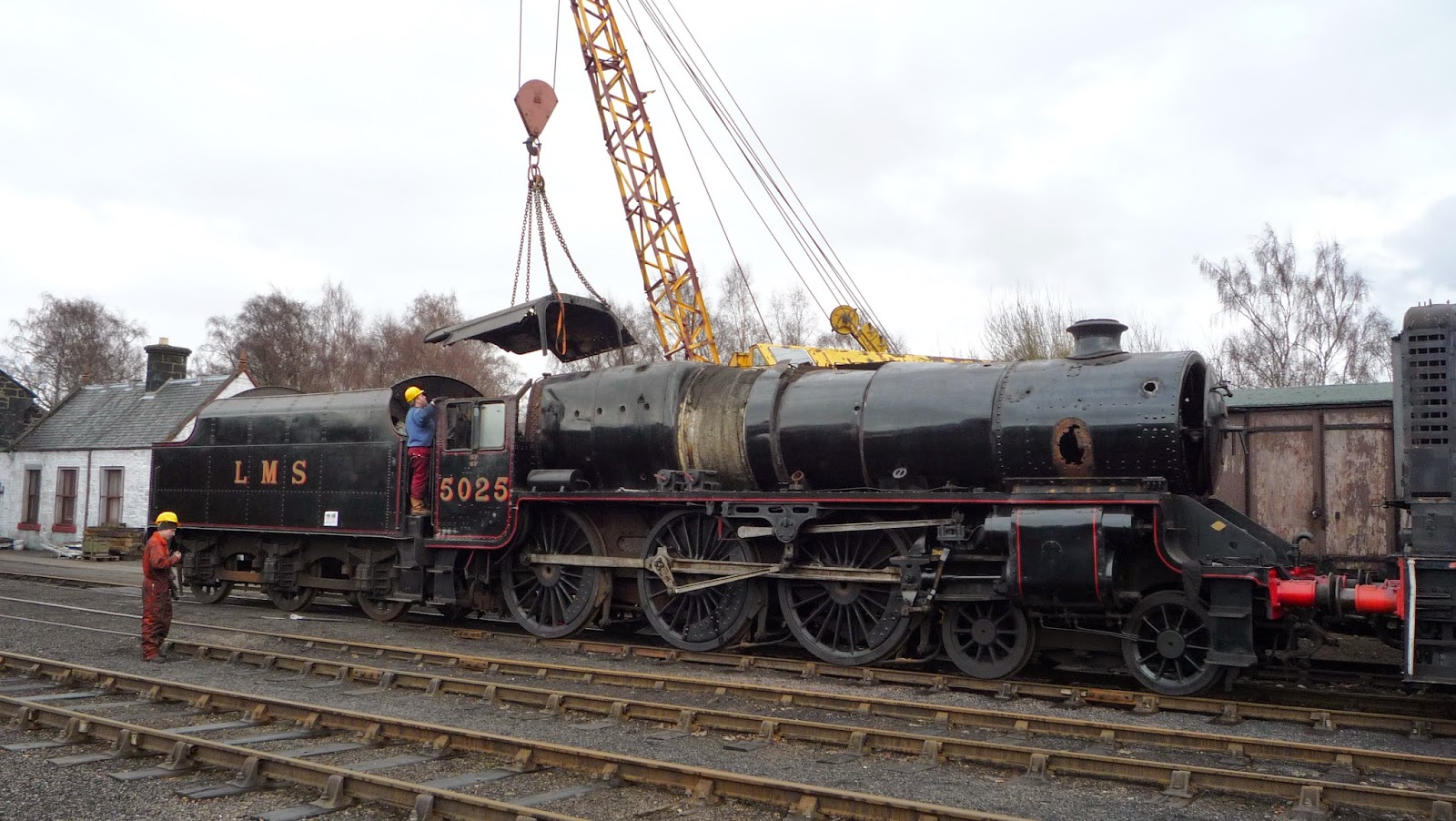 The roof comes away. 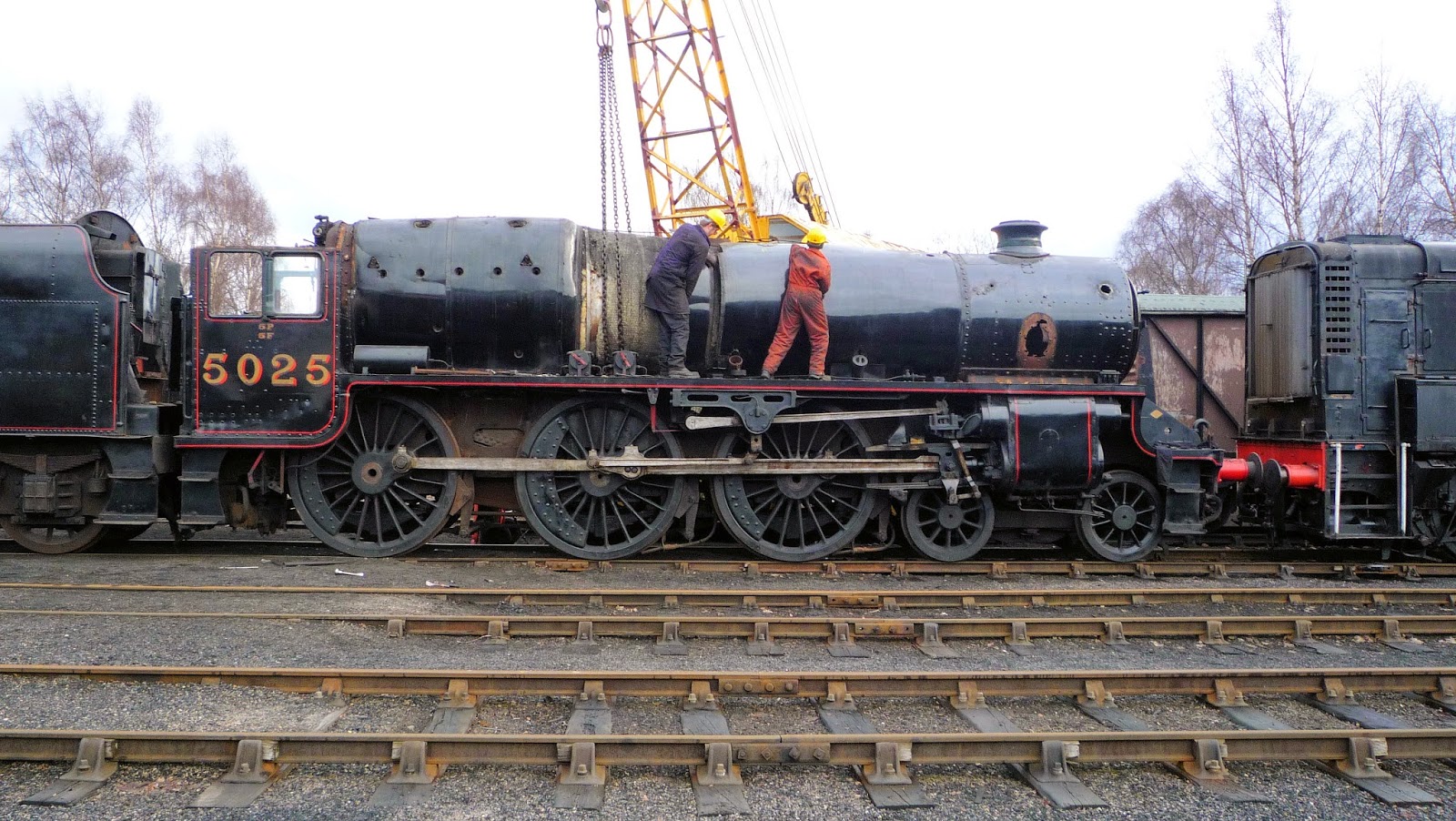 Moving on, the next stage is preparing for the boiler lift.

Posted by foxontour at 21:54 No comments:

The replacement front frames are now welded in place

This past week has seen the welding in place of the new front frame sections.

The picture below shows Jack removing the cross members and smoke box saddle.  These had been put in place to help hold the frames in position whilst they were welded, this helps to avoid distortion.  They are being removed to allow the weld to be subjected to ultra sonic testing, following which the frames will be cleaned up, painted and generally made ready to received all the parts which are bolted to them. 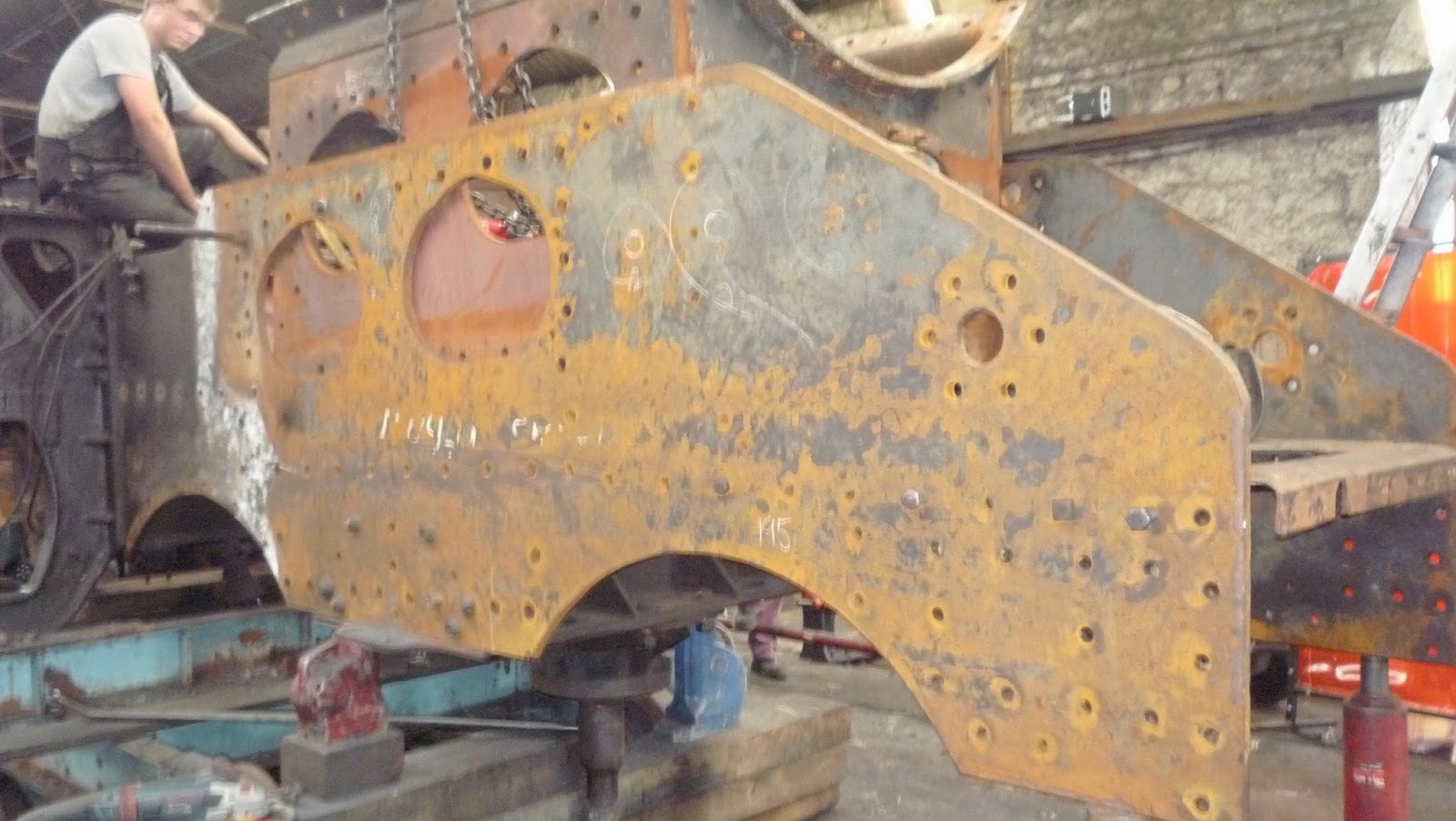 Below; a close up of the weld which has been ground back to the level of the surrounding steel. 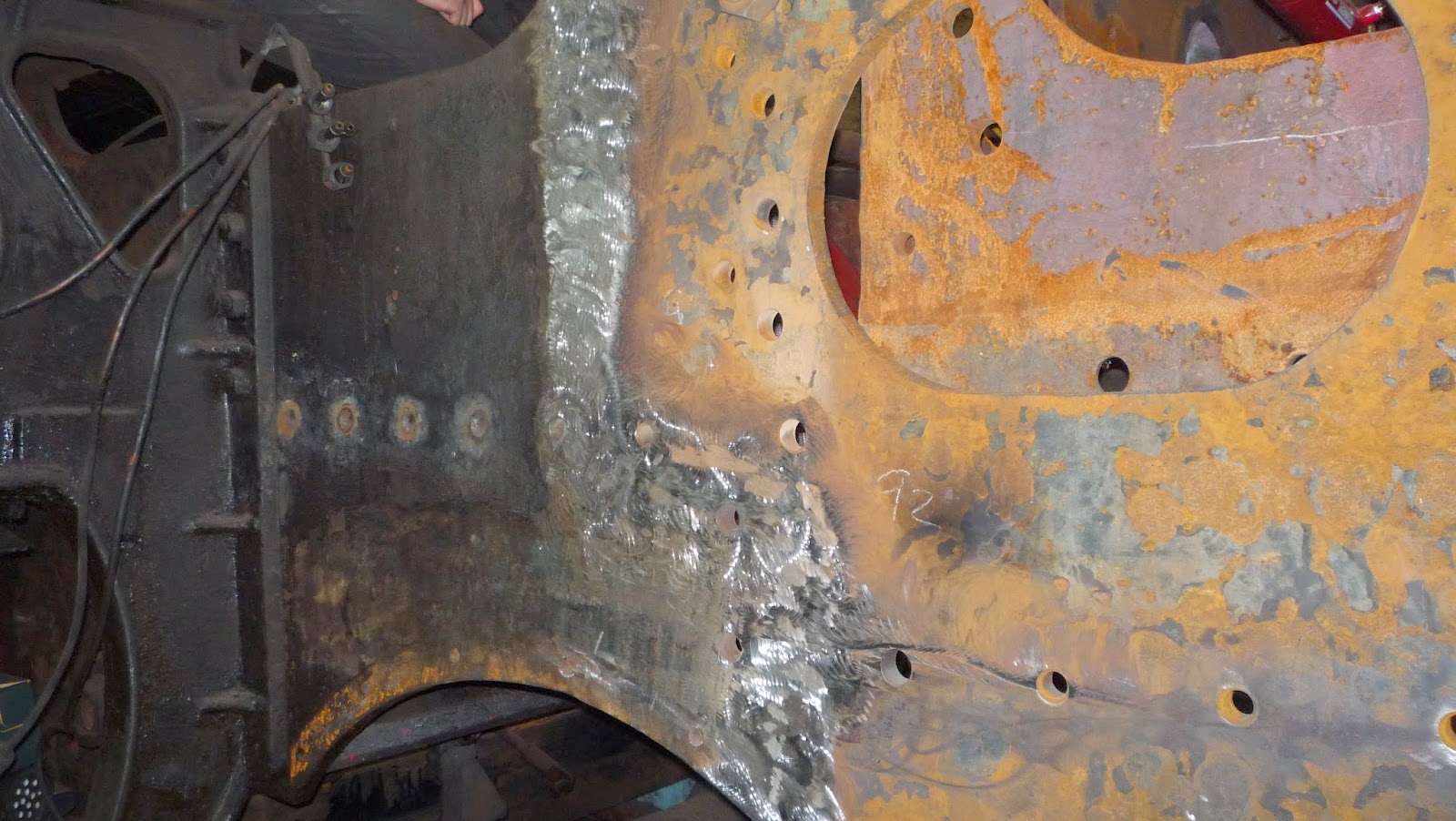 Posted by foxontour at 21:32 No comments: 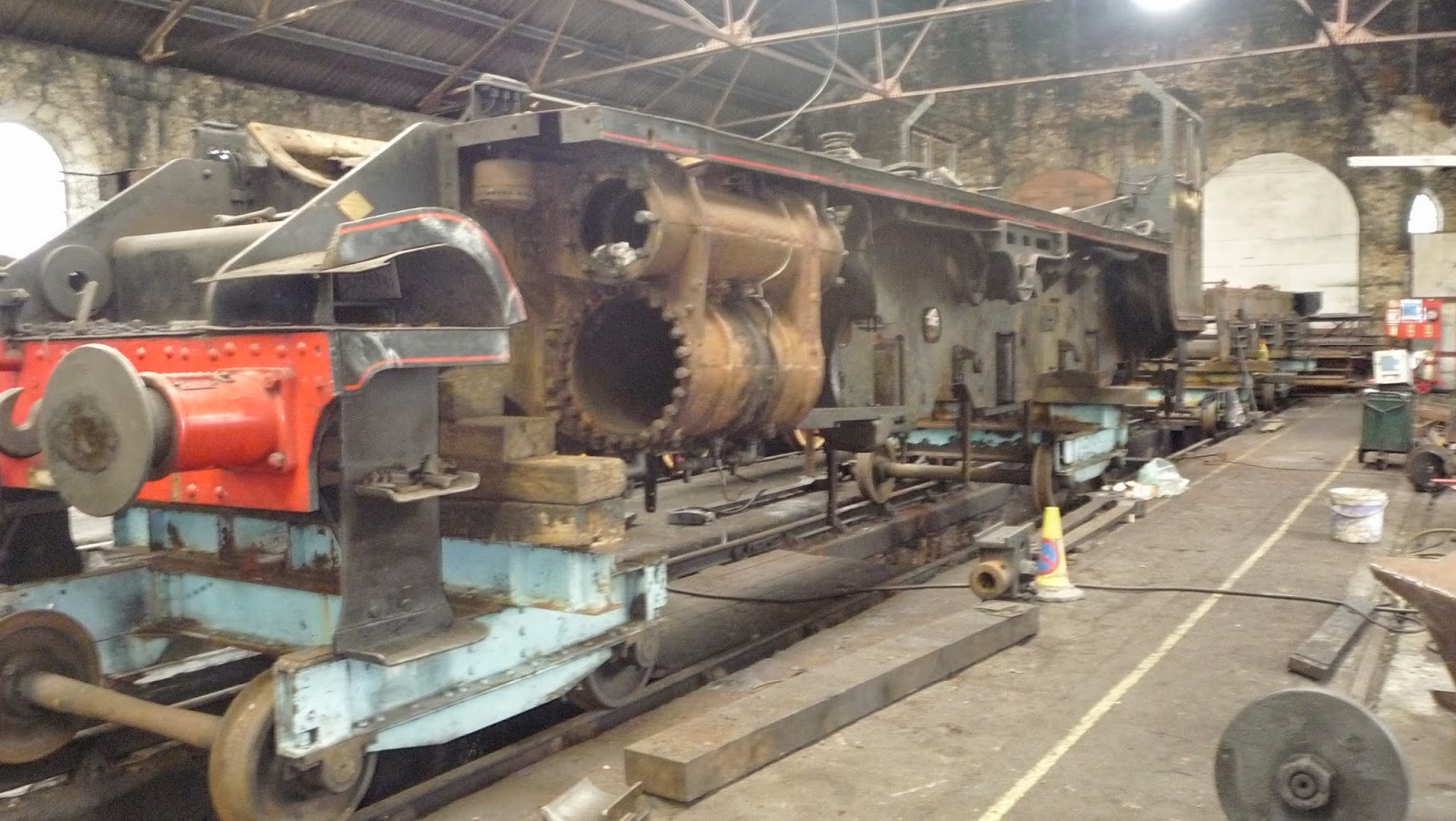 This picture ﻿was taken during July 2012, before the front end was dismantled, the smoke box saddle can be just about seen. 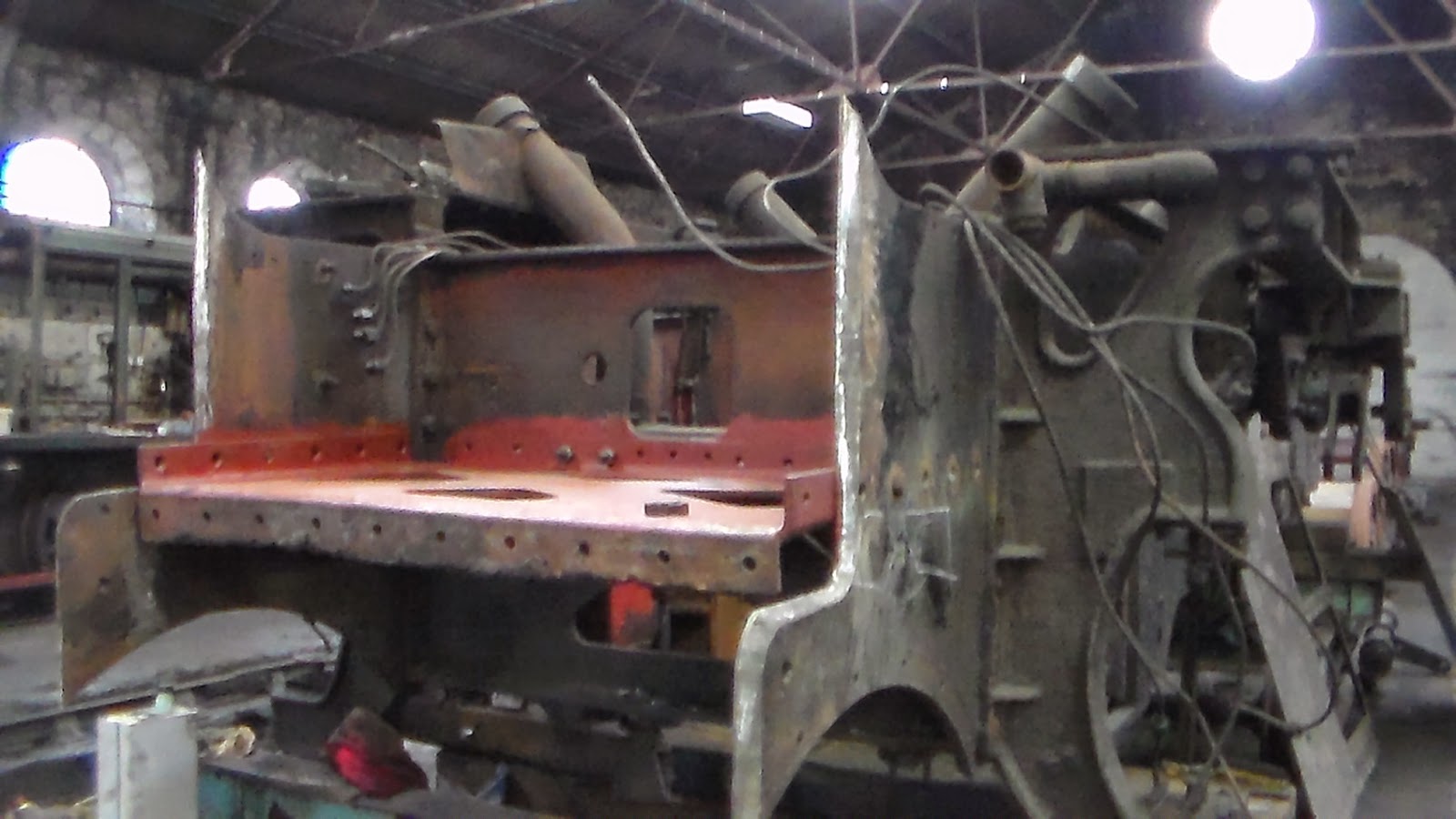 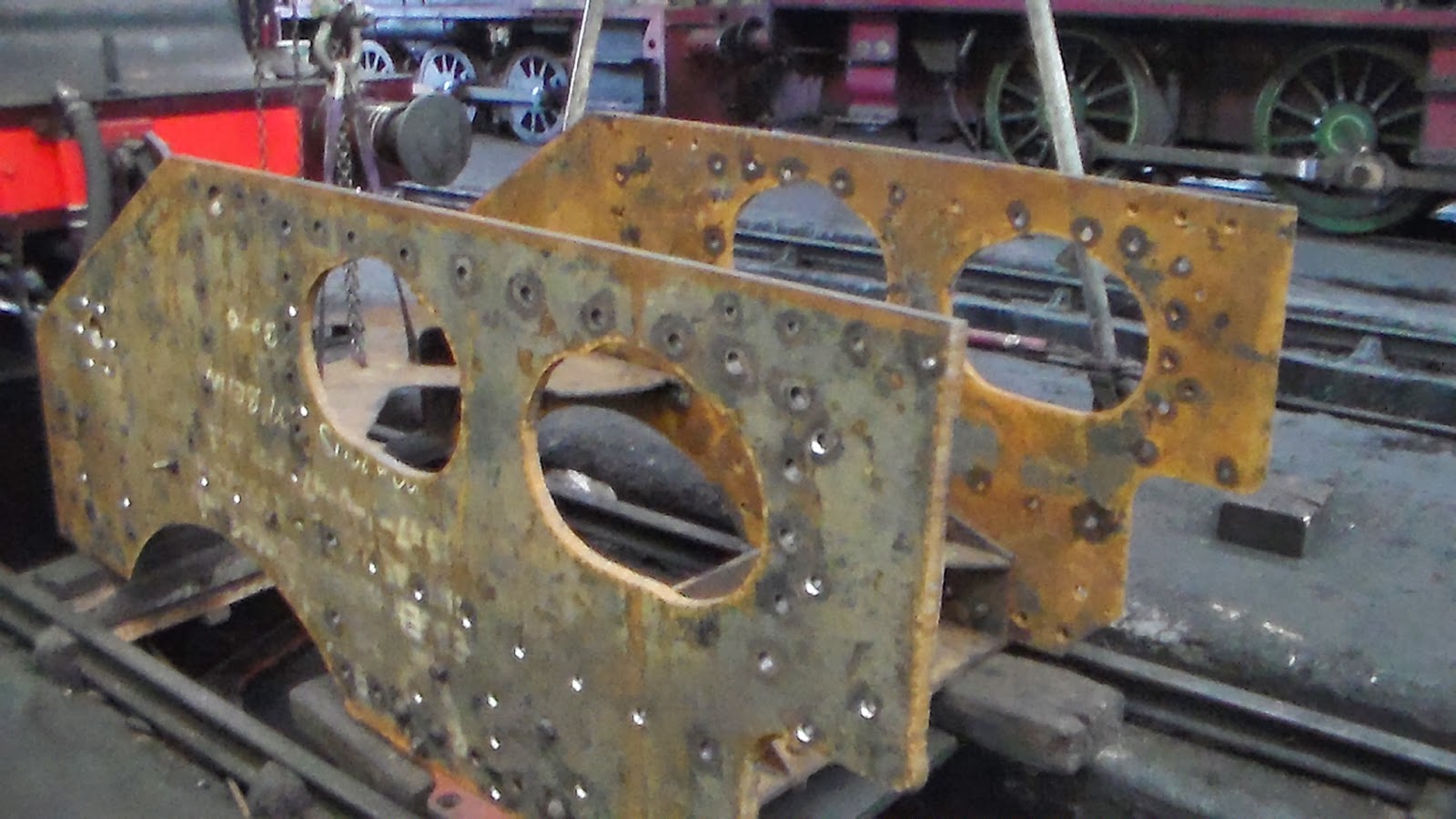 The new front frames, joined together with the lower stretchers and front bogie mounting plate. 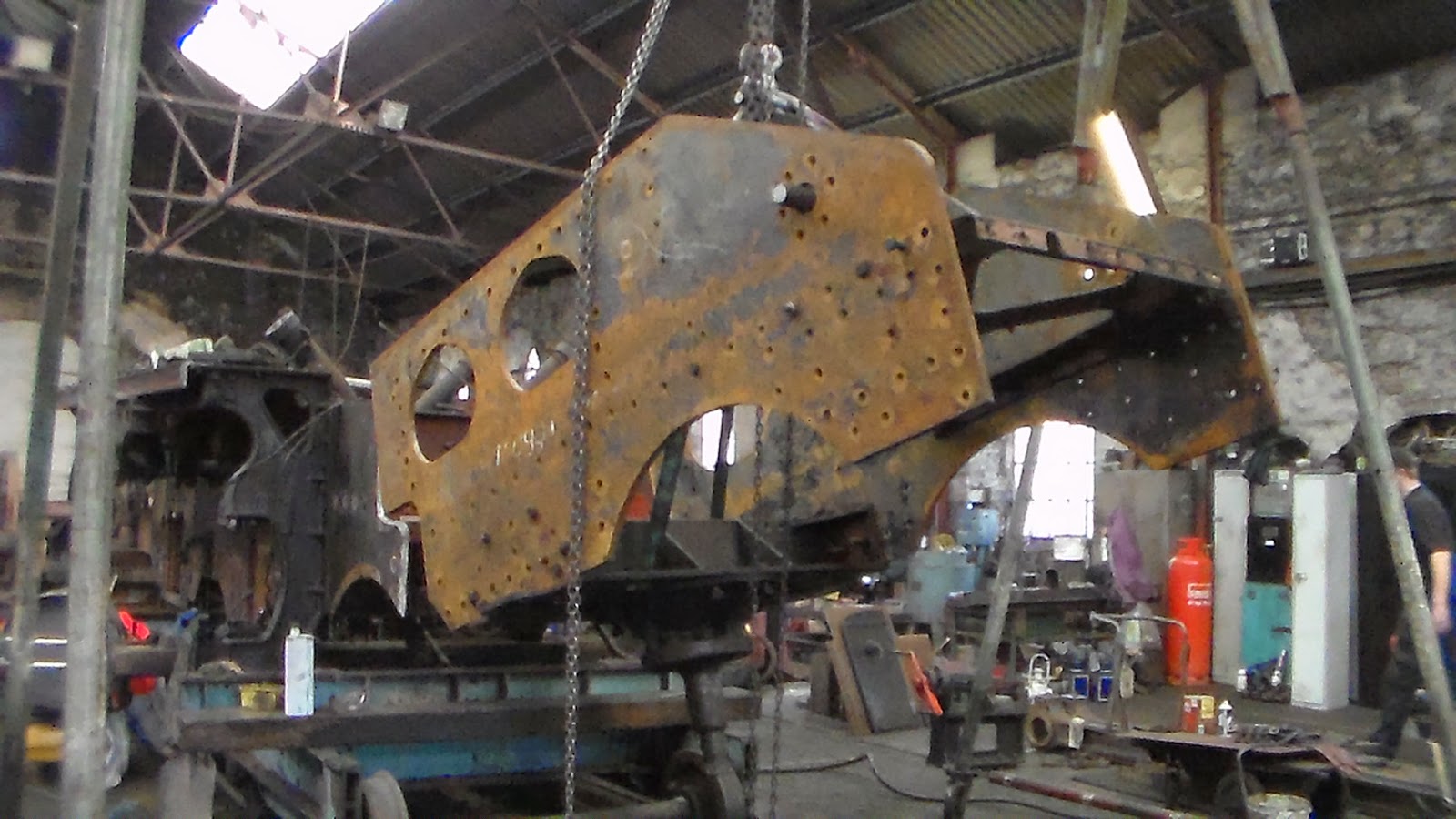 The assembly being lifted into position 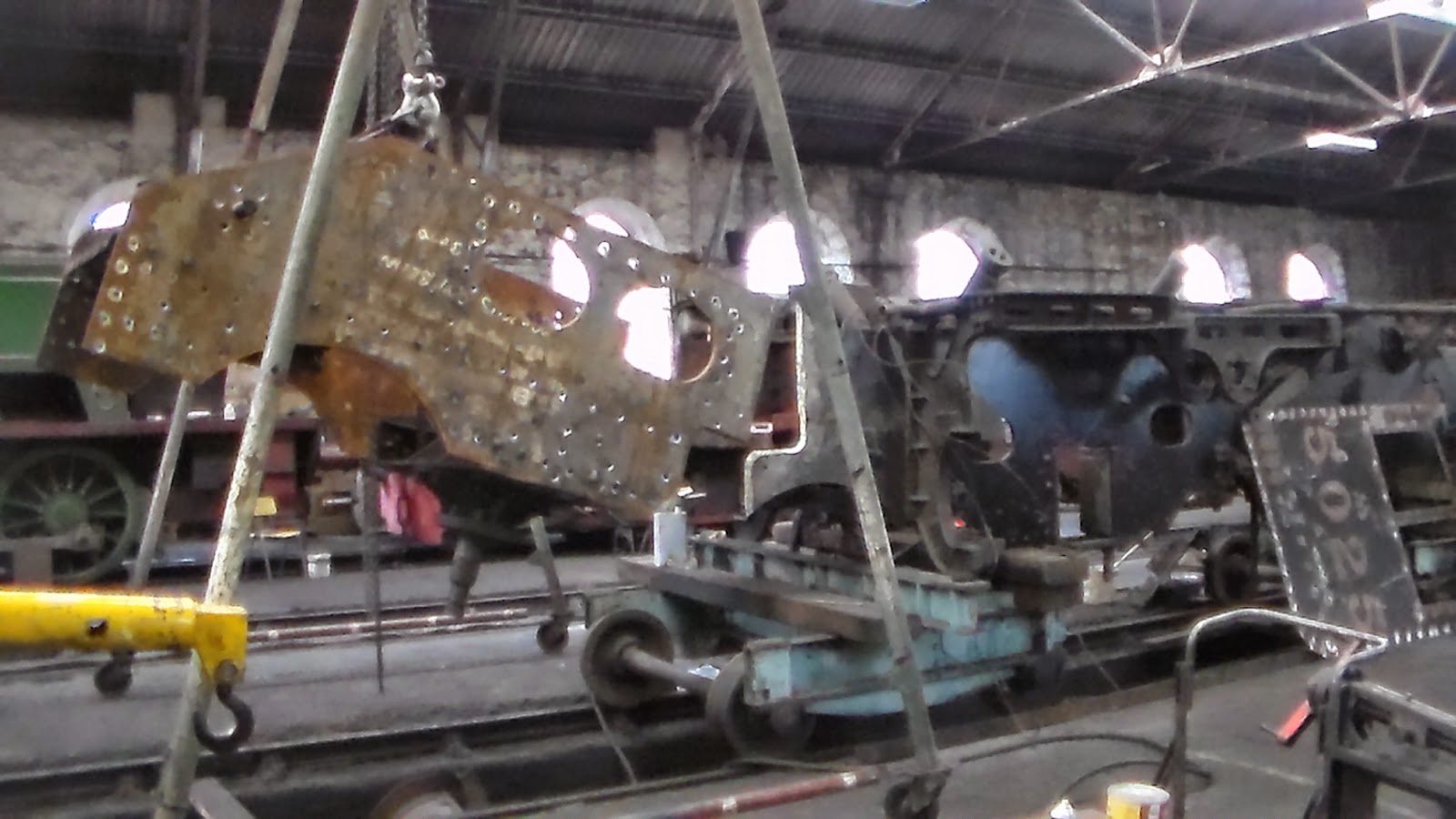 Another view from the opposite side, shortly after this picture was taken, the whole from end assembly was lowered to the ground and picked up again in a more horizontal alignment. 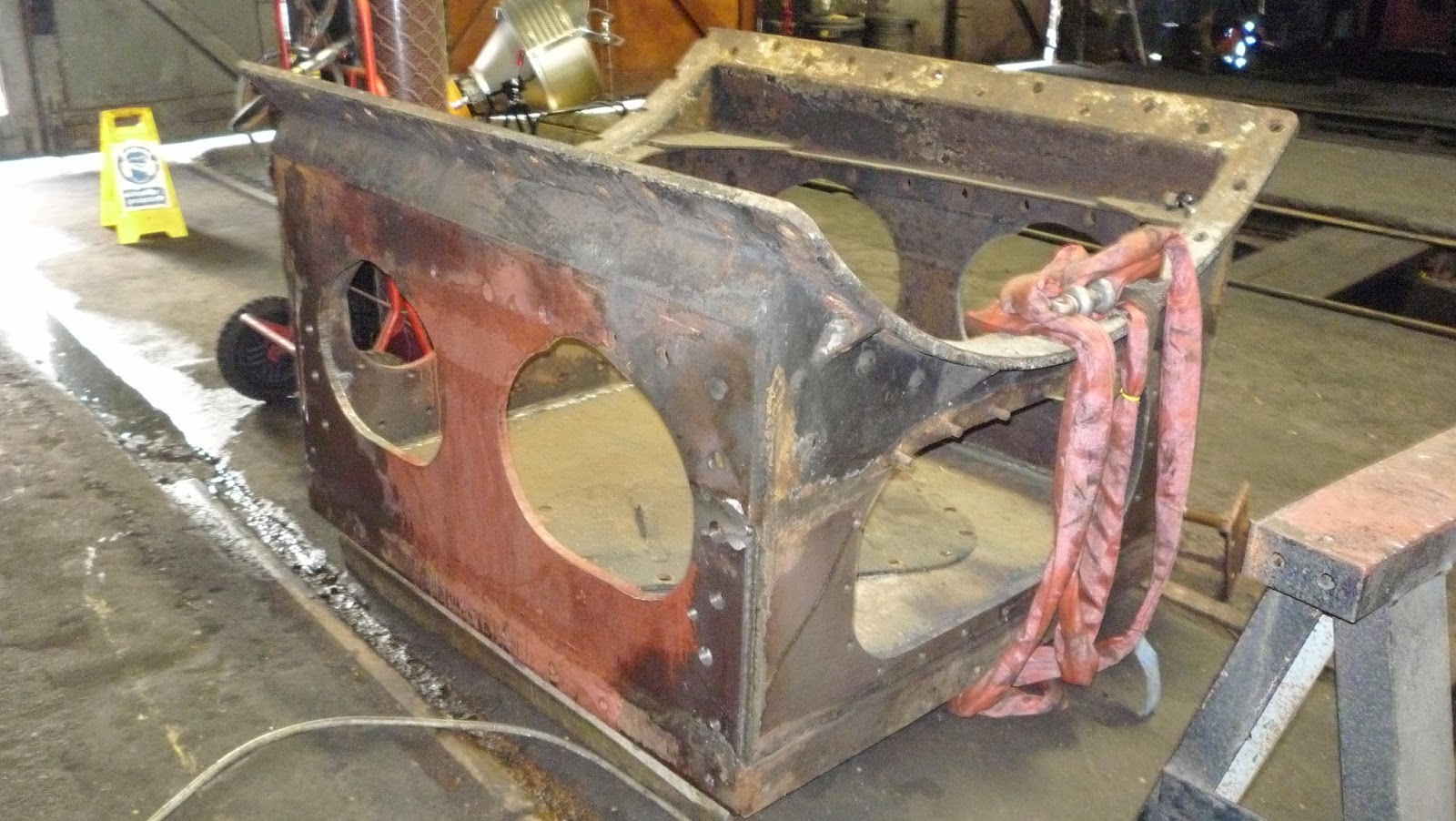 The repaired smoke box saddle fabrication, this will be dropped into the centre of the front frames prior to welding to help with holding the frames in position.
Posted by foxontour at 18:32 No comments: