The WEC Watkinson Trust originally hoped to return 5025 to service in 2015, however owing to the amount of work needed, we now hope that the engine will be ready towards the end of the 2019 season.

We are still on track for 2019 to be the year in which the oldest and best example of a L.M.S. Black Five steams again. Due to a very tight budget the original intention was to return 5025 to traffic by carrying out the minimum necessary work. However, she is an iconic locomotive and quite early on the sensible decision was taken to restore her to “as new” condition. This has resulted in considerable extra work and expense and has left the Watkinson Trust desperate for funds.
Edit, we were heavily delayed waiting for the boiler, this has put the completion date back to around summer 2020.
The original budget of £354,050 has been spent wisely and with care. However, additional boiler work has cost a further £39,345, new cylinders and frame repairs £33,350, and other work such as a new cab, injectors and super heaters upwards of £22,500.

Progress in the form of the trial fitting of the left hand cylinder. 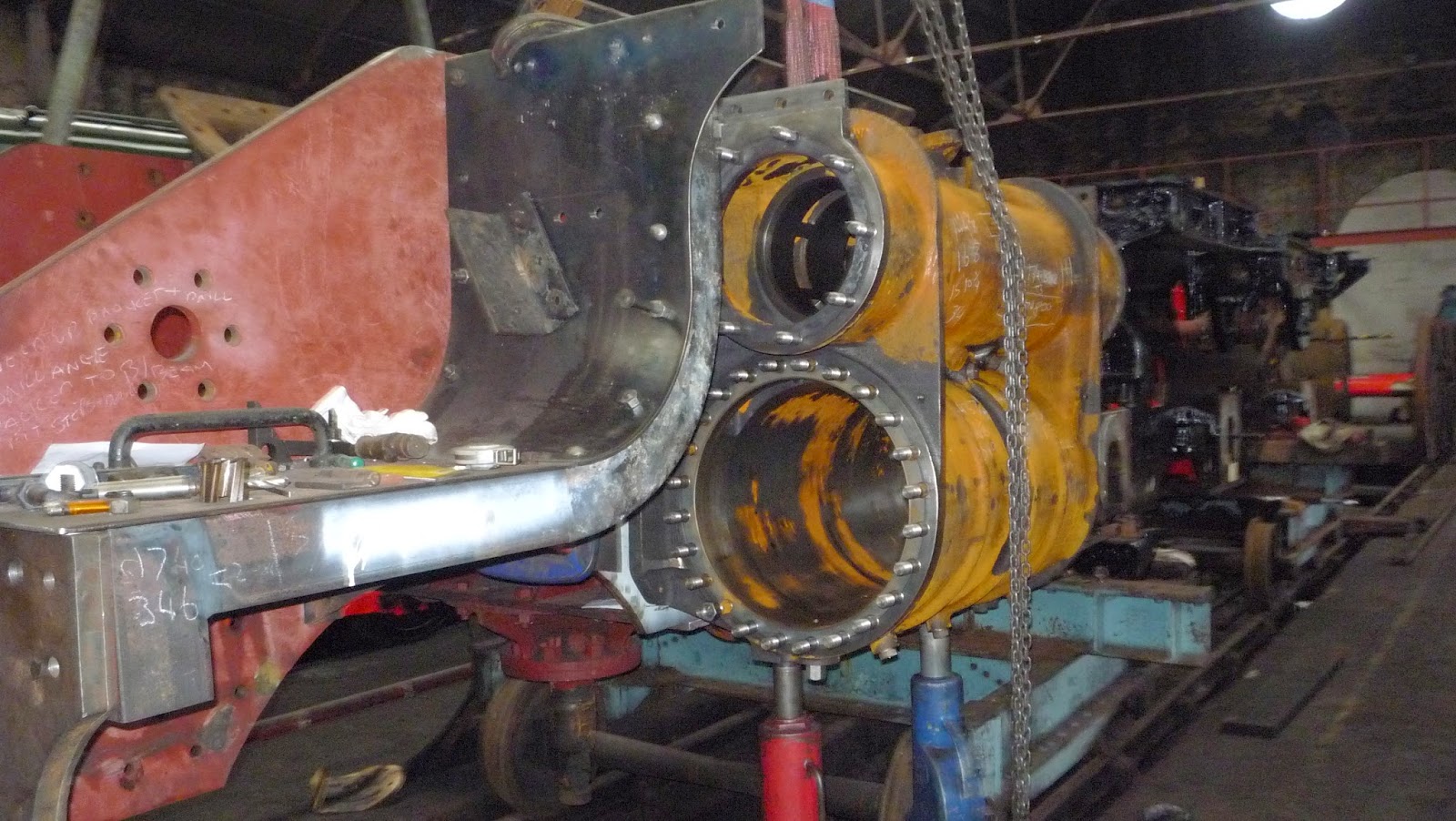 Recent work has involved the drilling, tapping and fitting of the studs.  The cylinder has also been subjected to hydraulic testing to check its integrity. 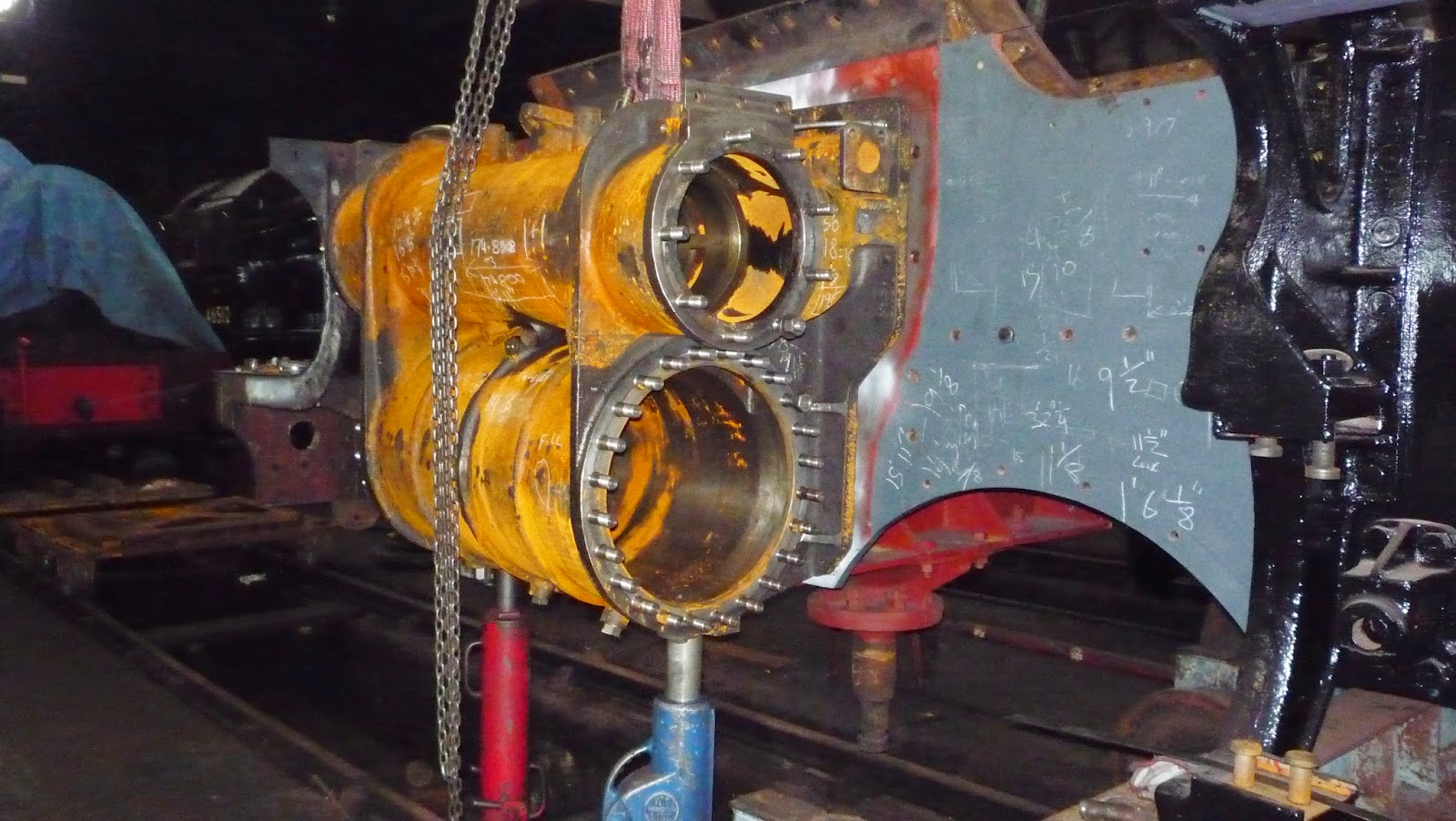 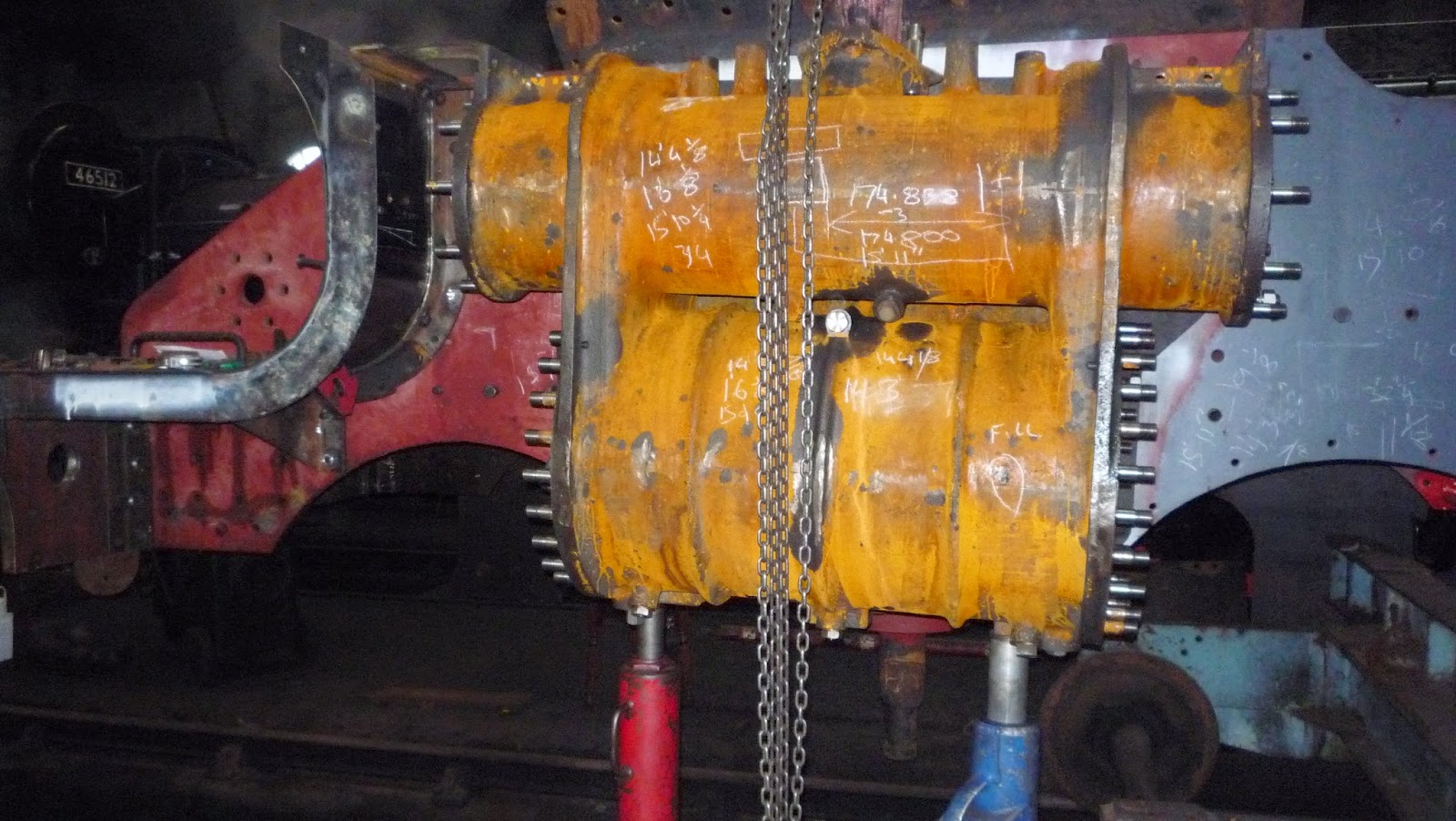 Posted by foxontour at 21:42 No comments:

Please consider donating to the WEC Watkinson Trust, lets get 5025 in steam during 2019!