Both cylinders have now been cast. 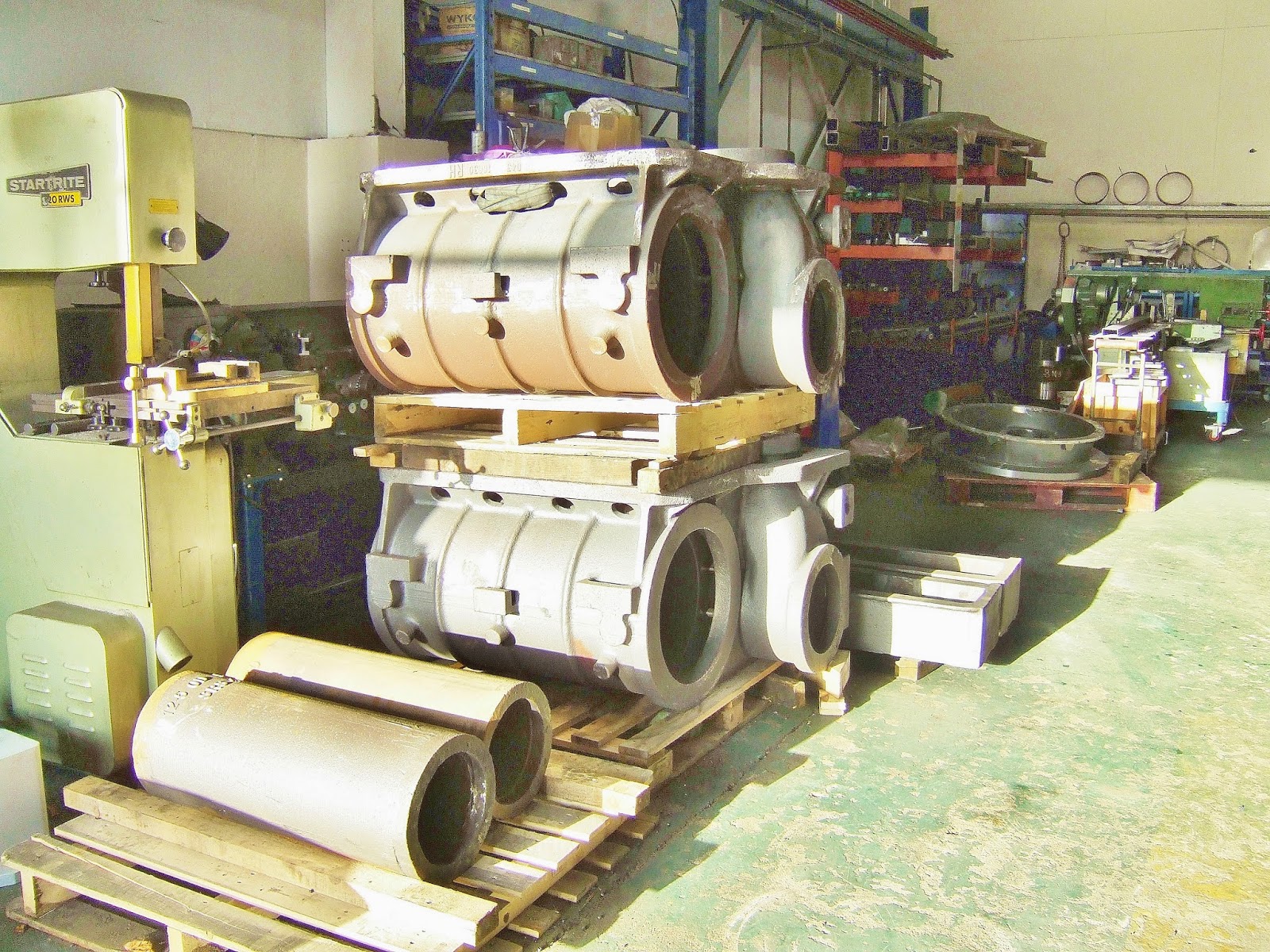 The next stage is for them to be machined.  It is expected that this will take place around the middle of November. 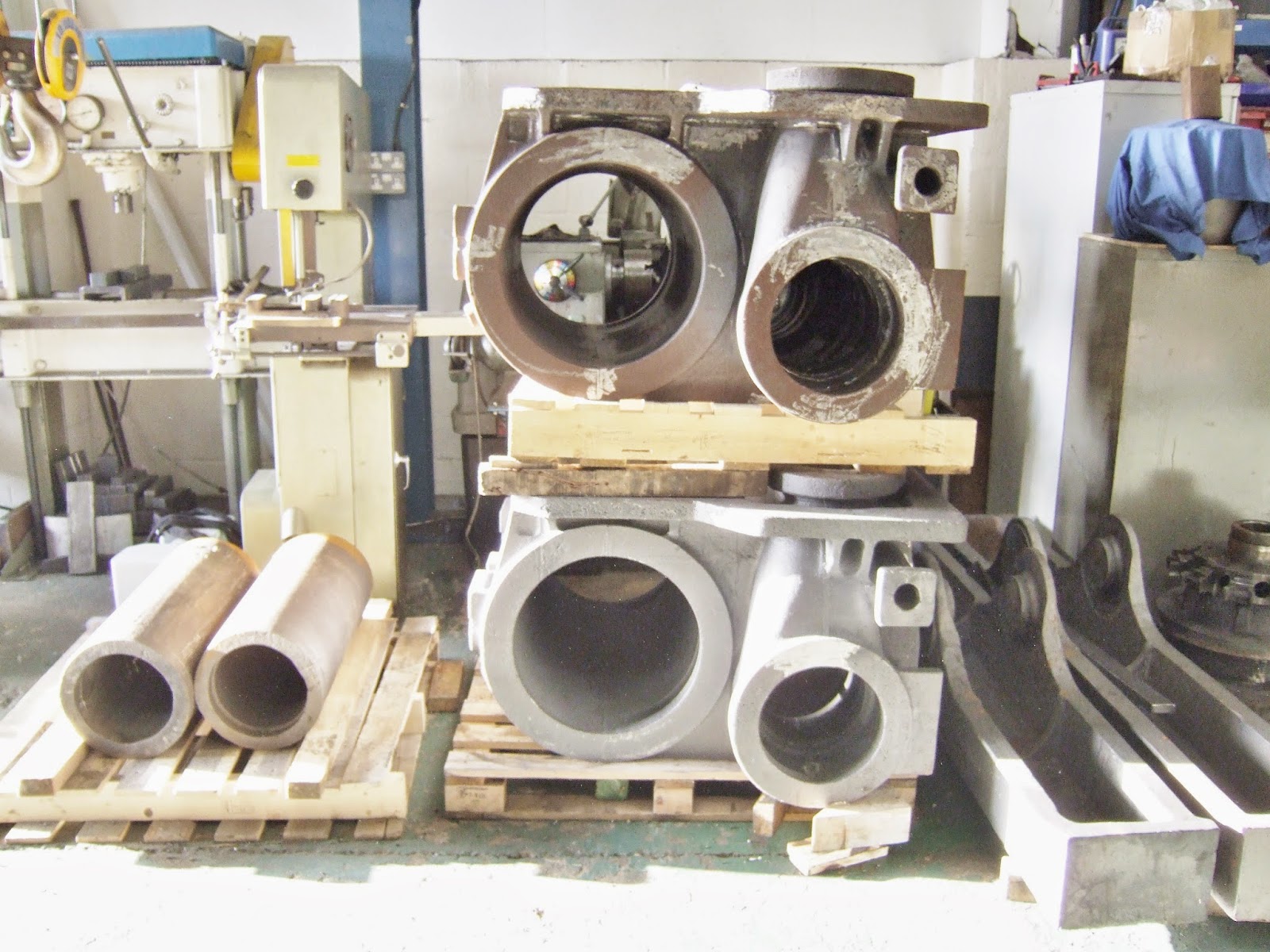 Meanwhile, back at the ranch, Nick Thomson applies primer paint to the chimney.  The chimney has been repaired by letting a section into the middle. 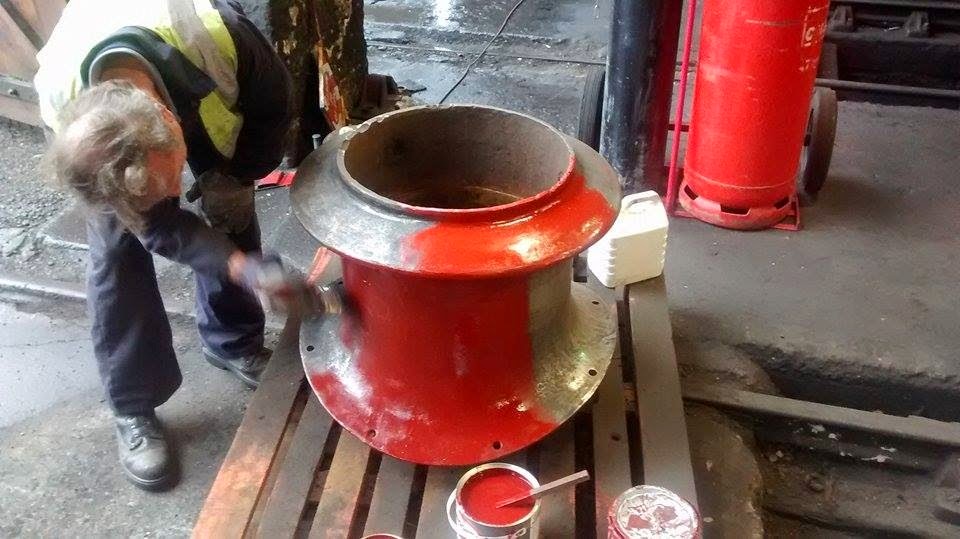 The plan is to completely shot blast the frames, earlier this week they were pulled put of the shed ready to start, however the weather has defeated us.  Nathan and Jack take the opportunity of good light to measure up for the cylinder alignment. 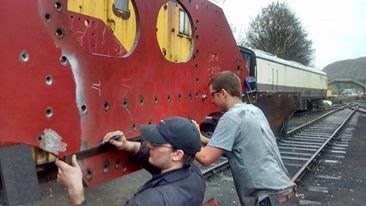 Posted by foxontour at 20:56 No comments:


The cab side being removed back in December 2013 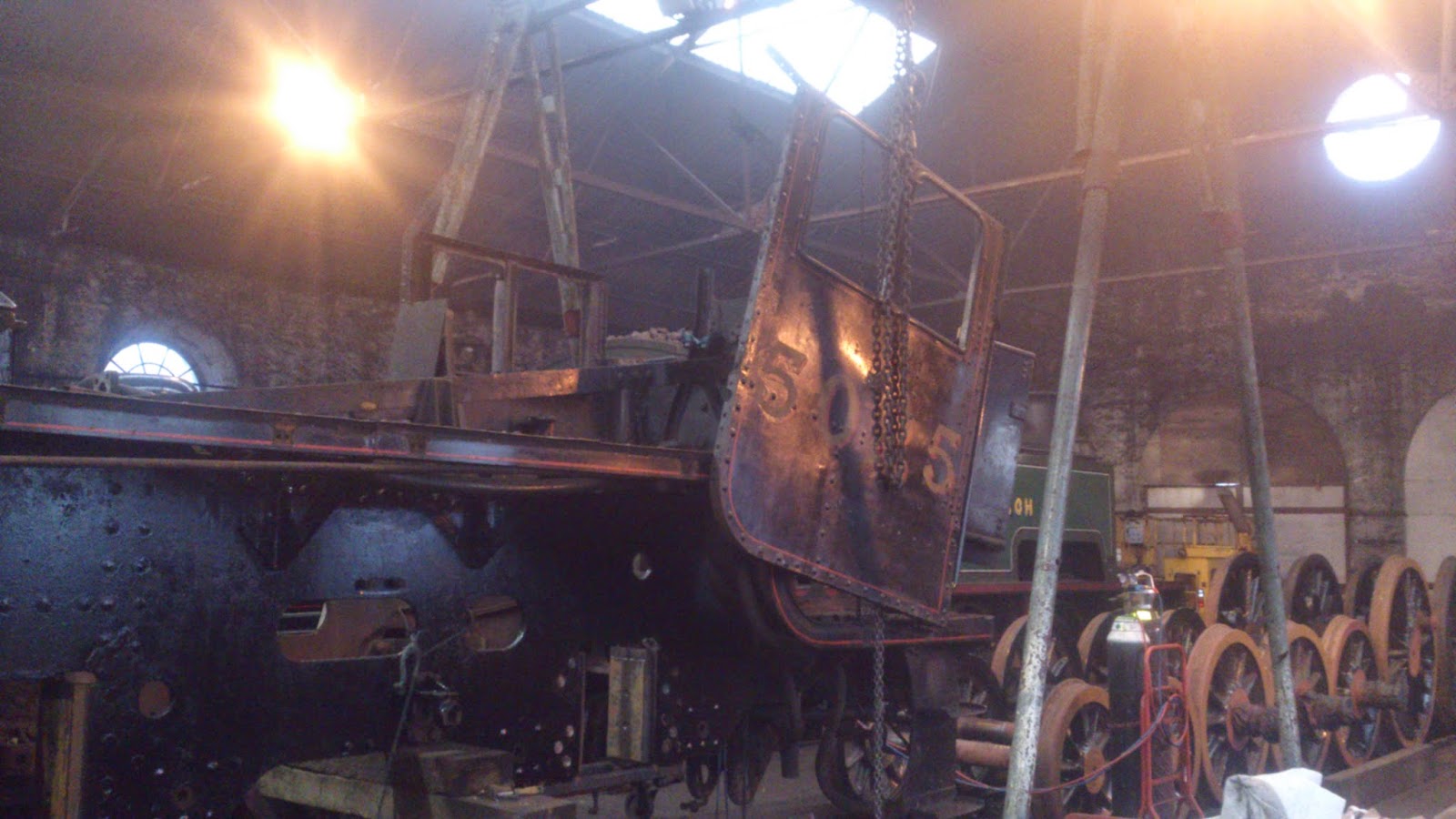 After removal, before having the internal fittings removed.  has this any e-bay potential? 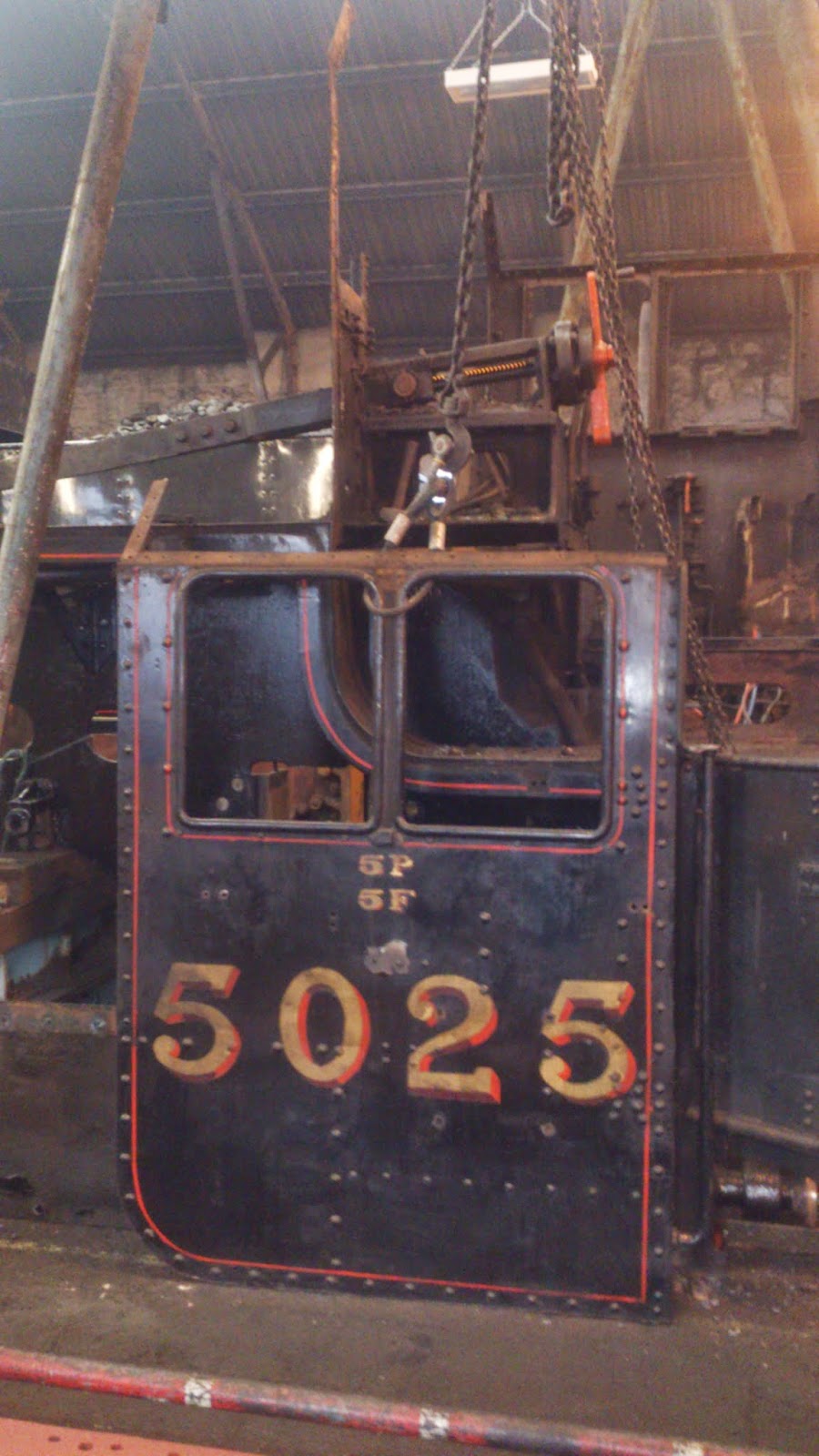 The cab was in a poor state, lots of evidence of where the metal moth has been
. 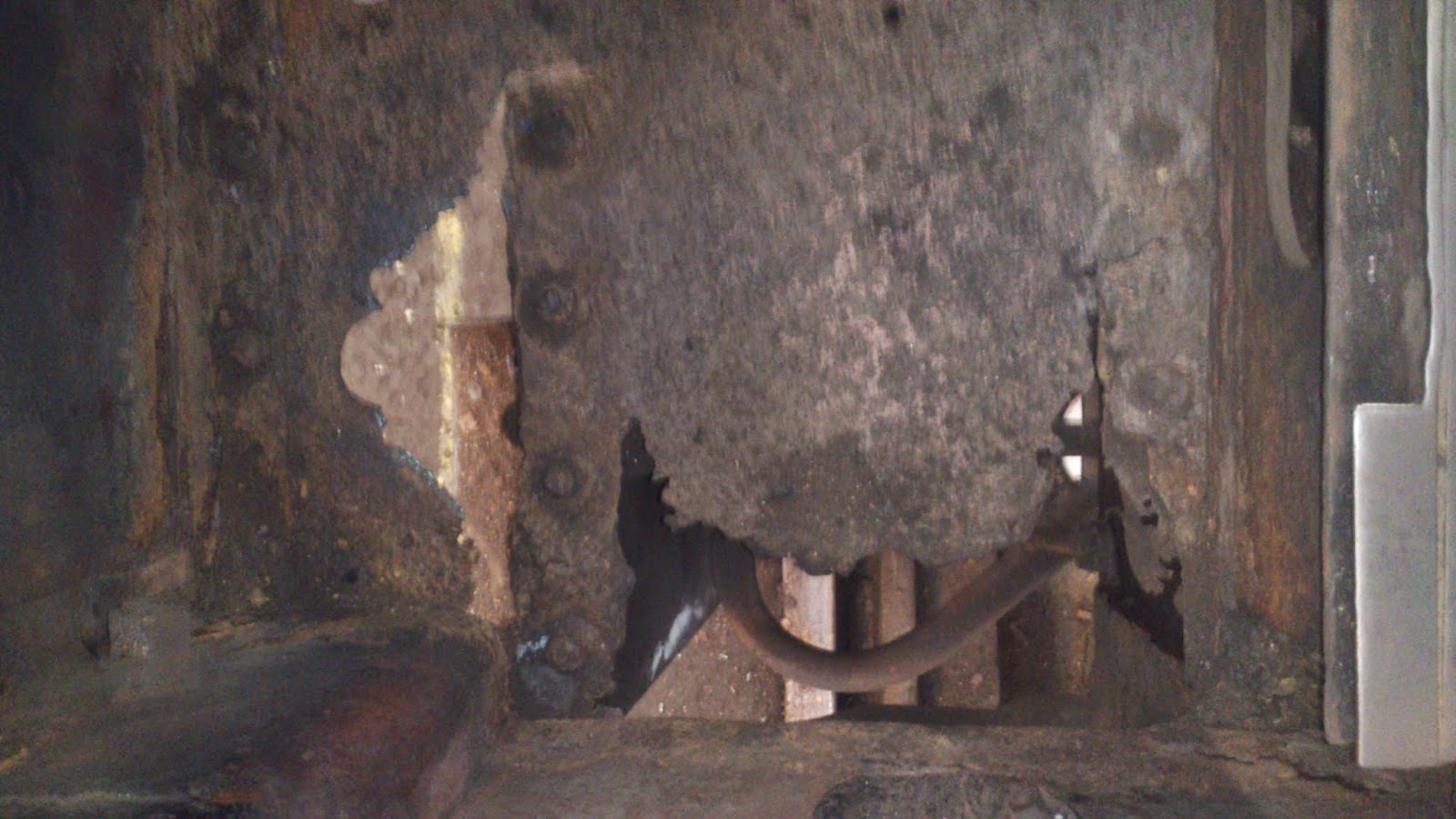 Corrosion has got between the panel and the angle stiffener. 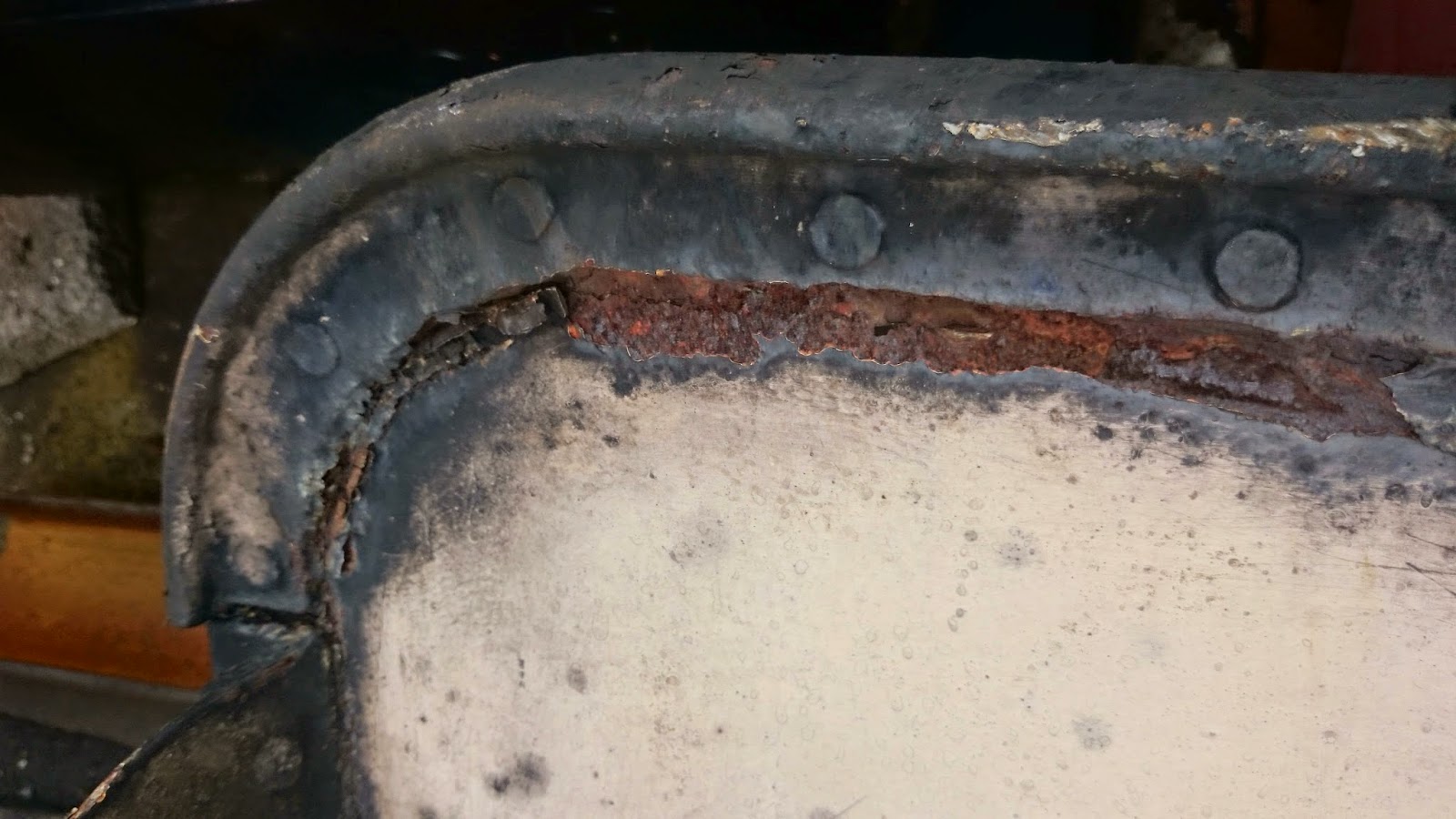 Another view of the poor state of the metal work. 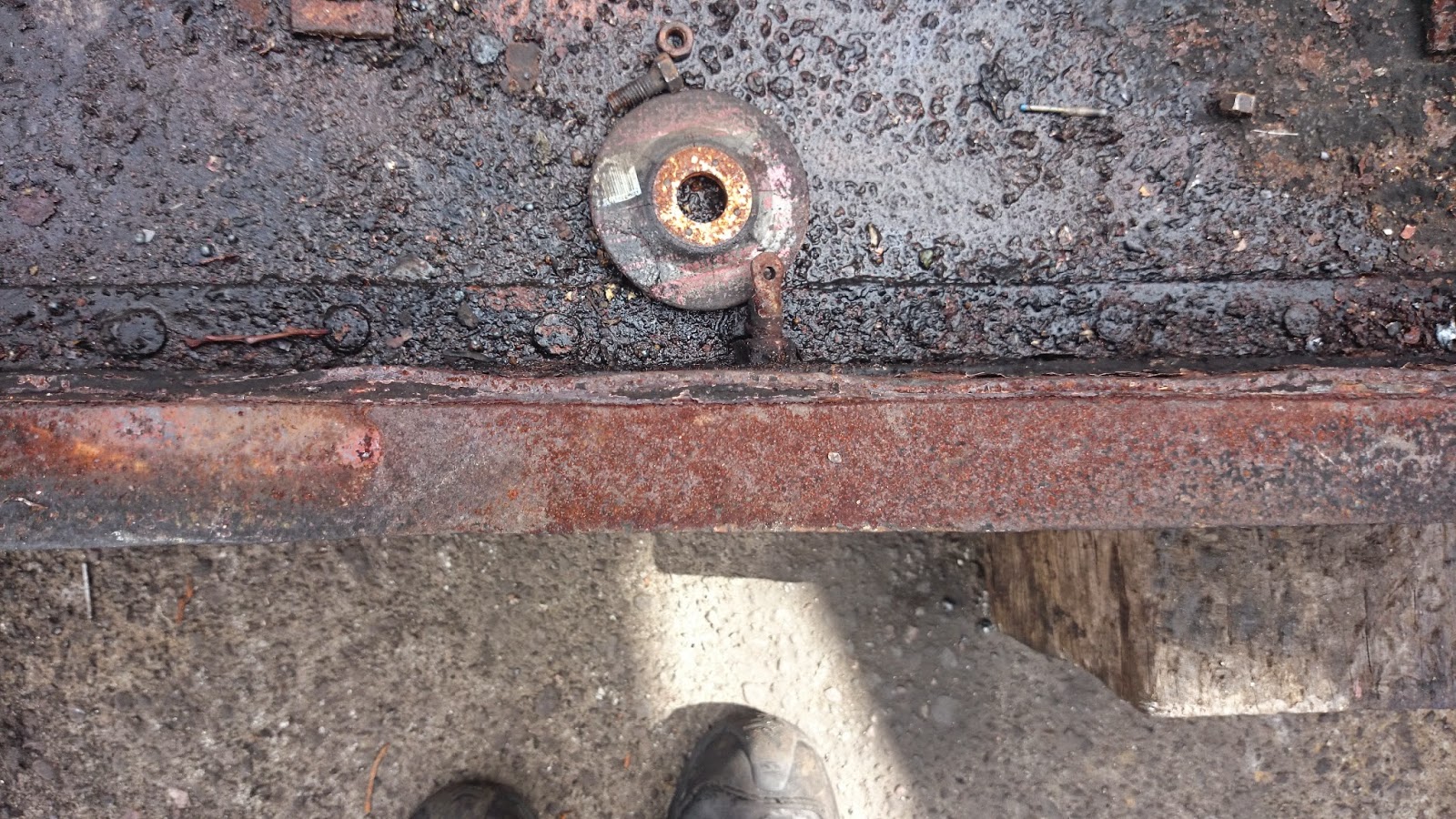 The cab roof during the dismantling of the face plate. 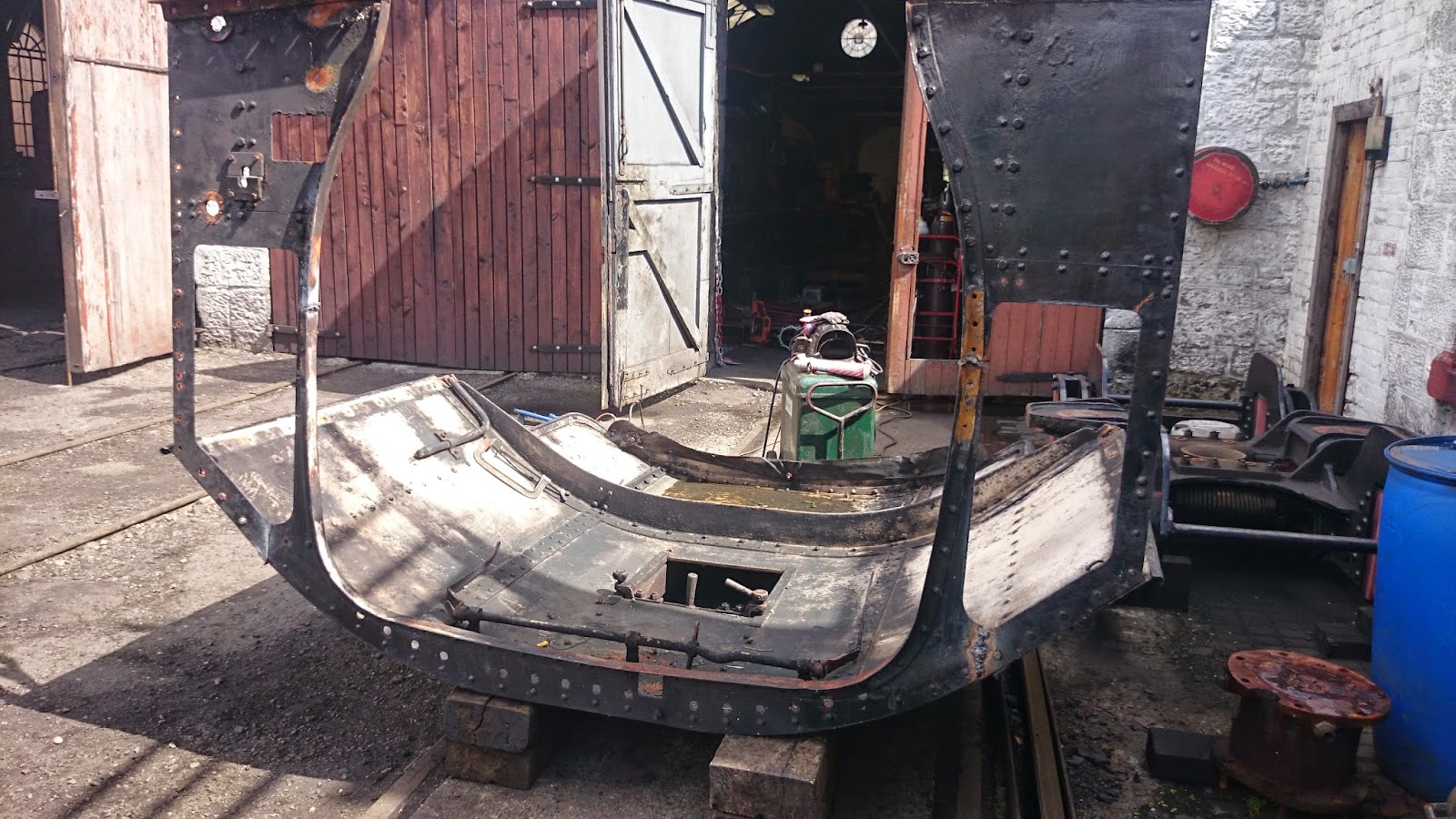 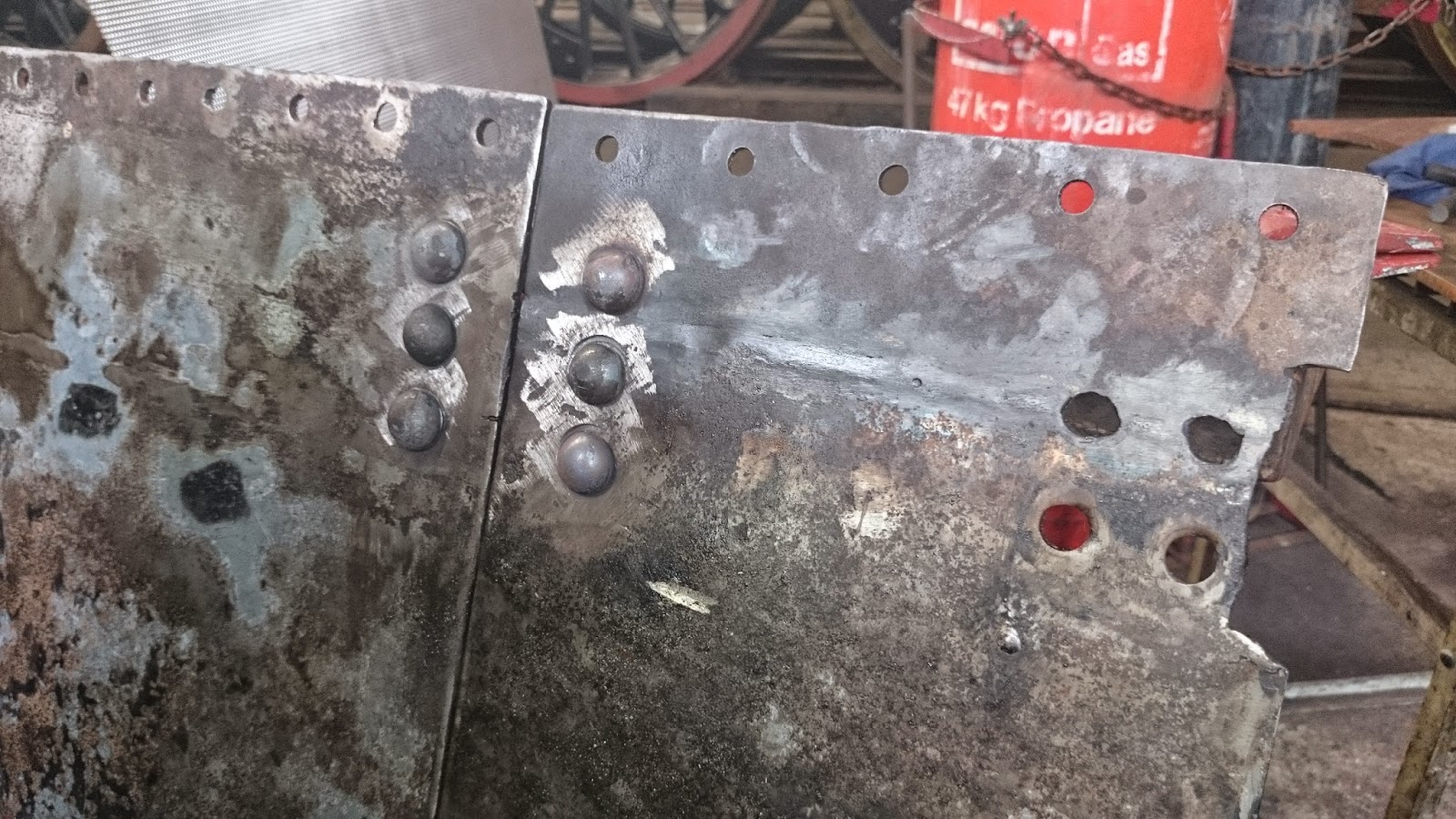 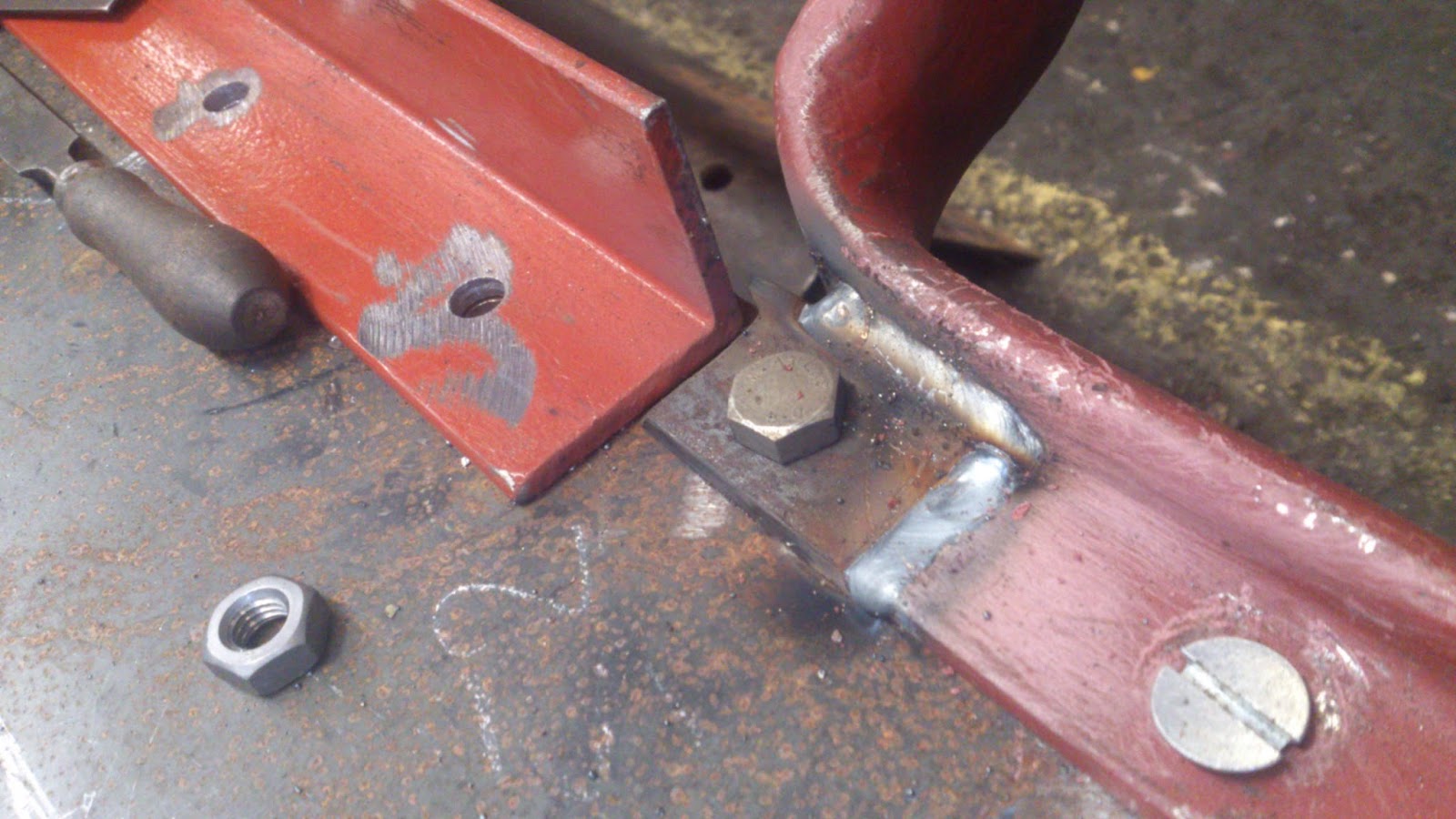 The drivers side cab under reconstruction. 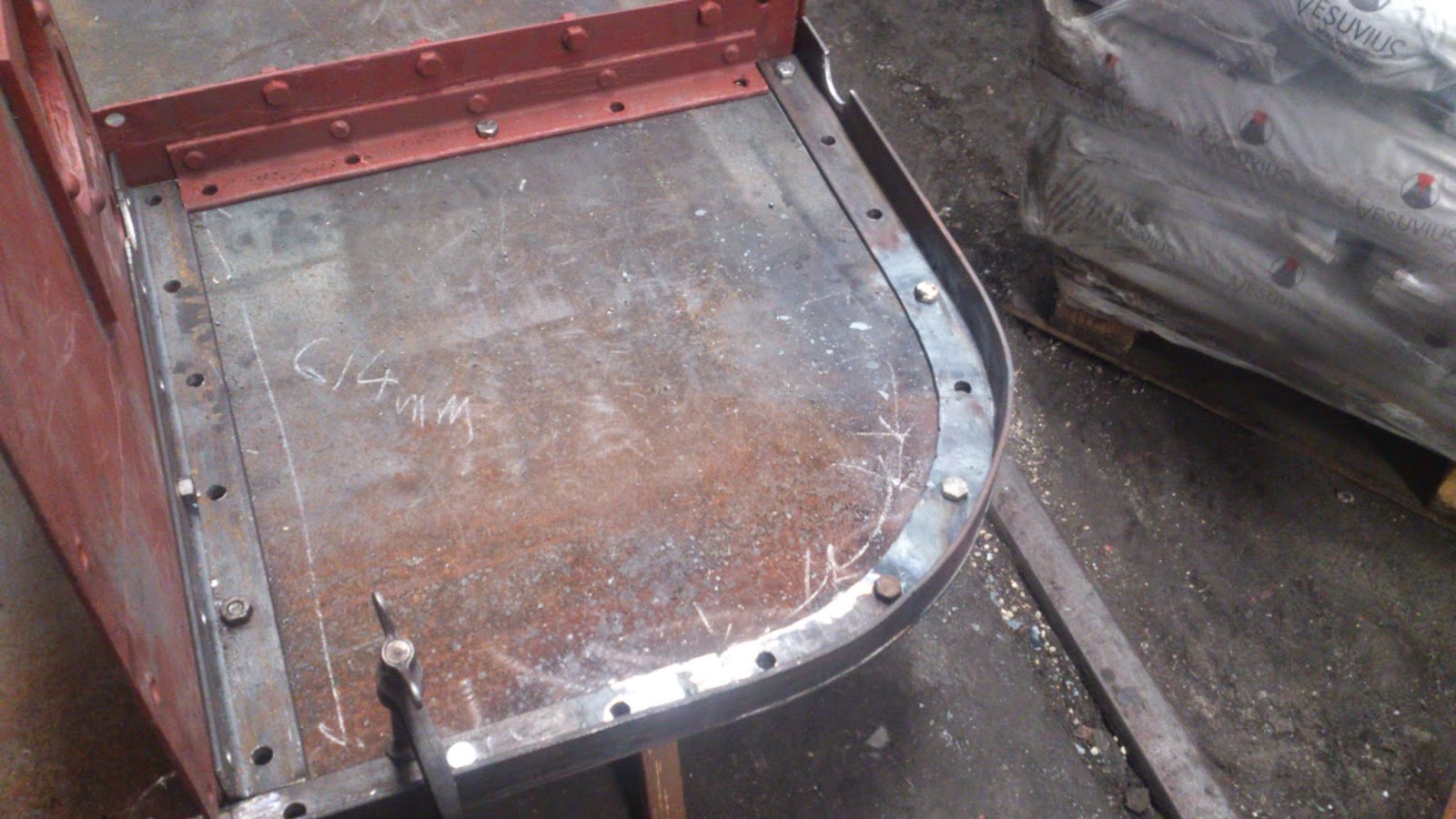 More views of the drivers side cab sheet. 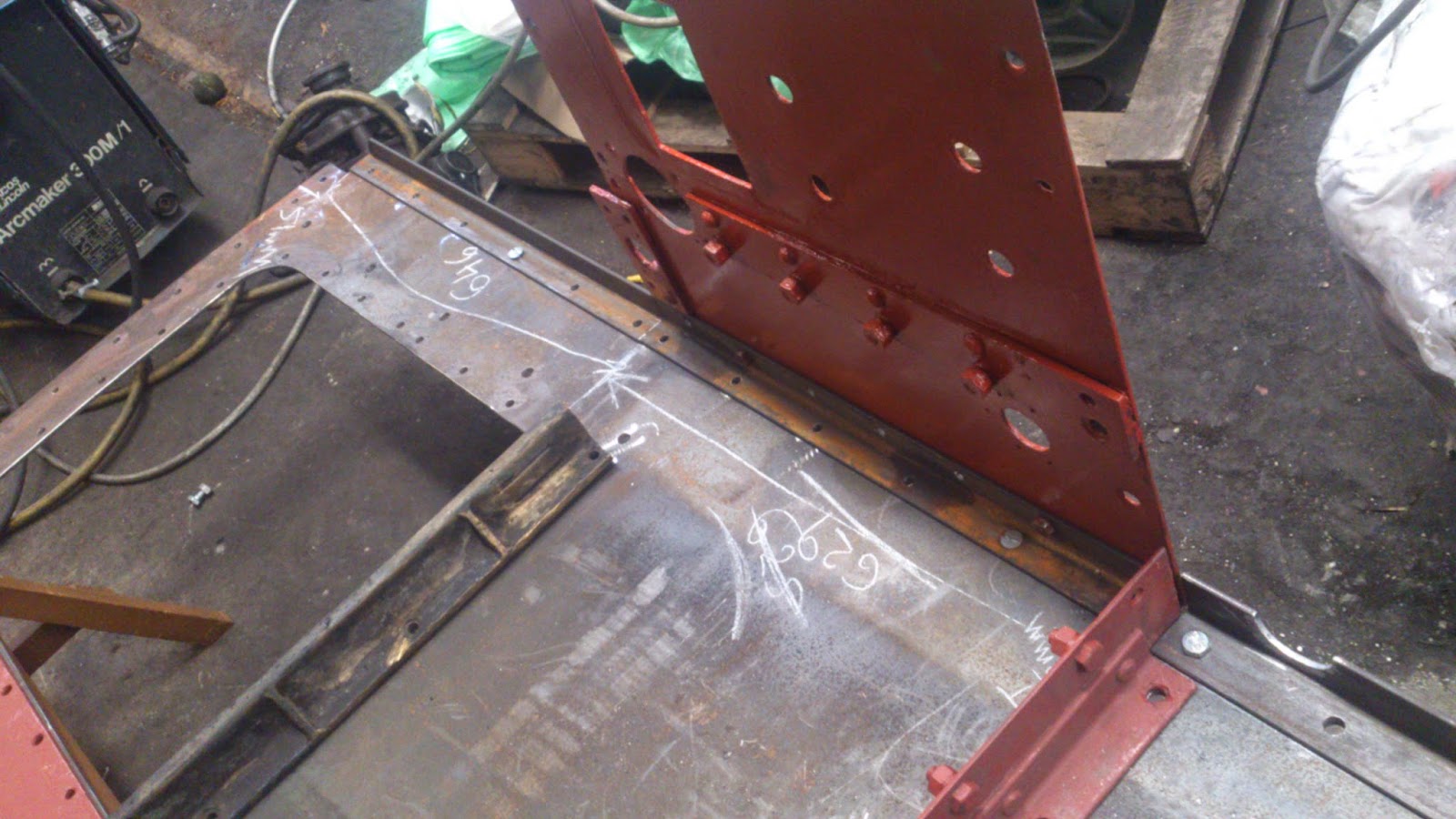 More views, all parts are being temporally bolted together pending riveting. 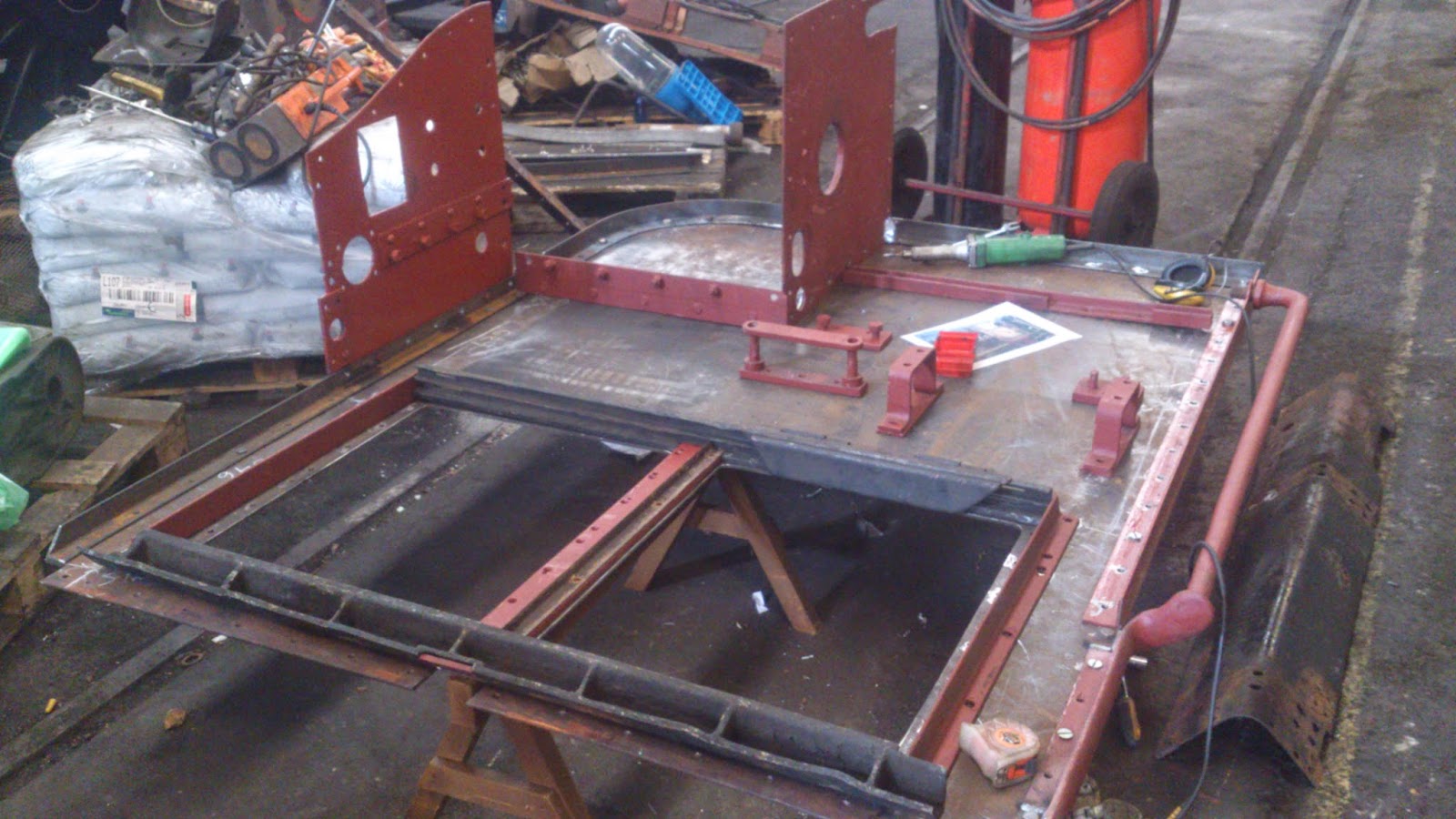 The completed cab side on 20th September 2014, it is now awaiting riveting. 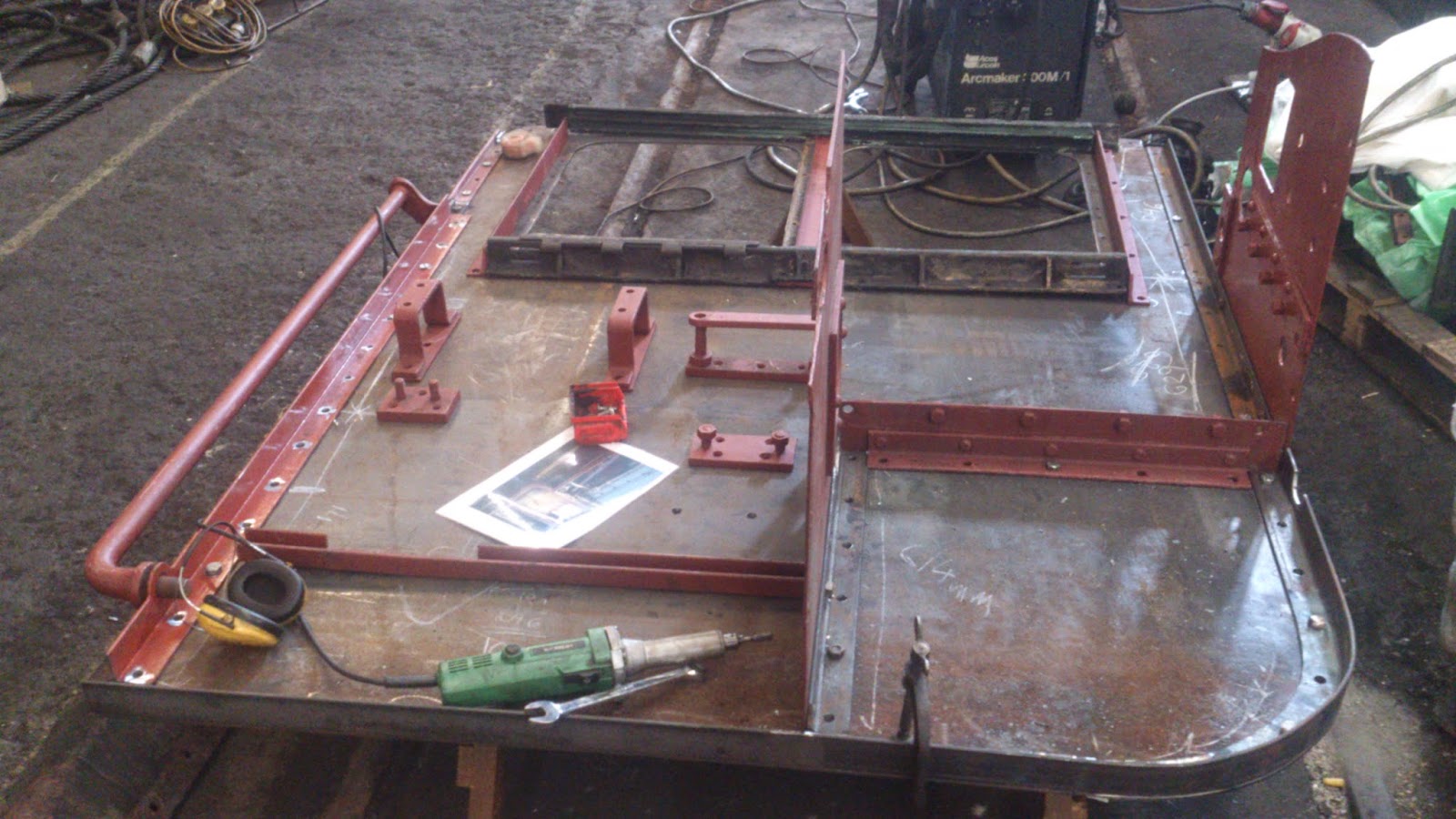 Posted by foxontour at 20:06 No comments:

The front end continues to be built up, the intention is to get all components in place prior to riveting them all up in one go.
Here the new cross channels have been fitted behind the support brackets. 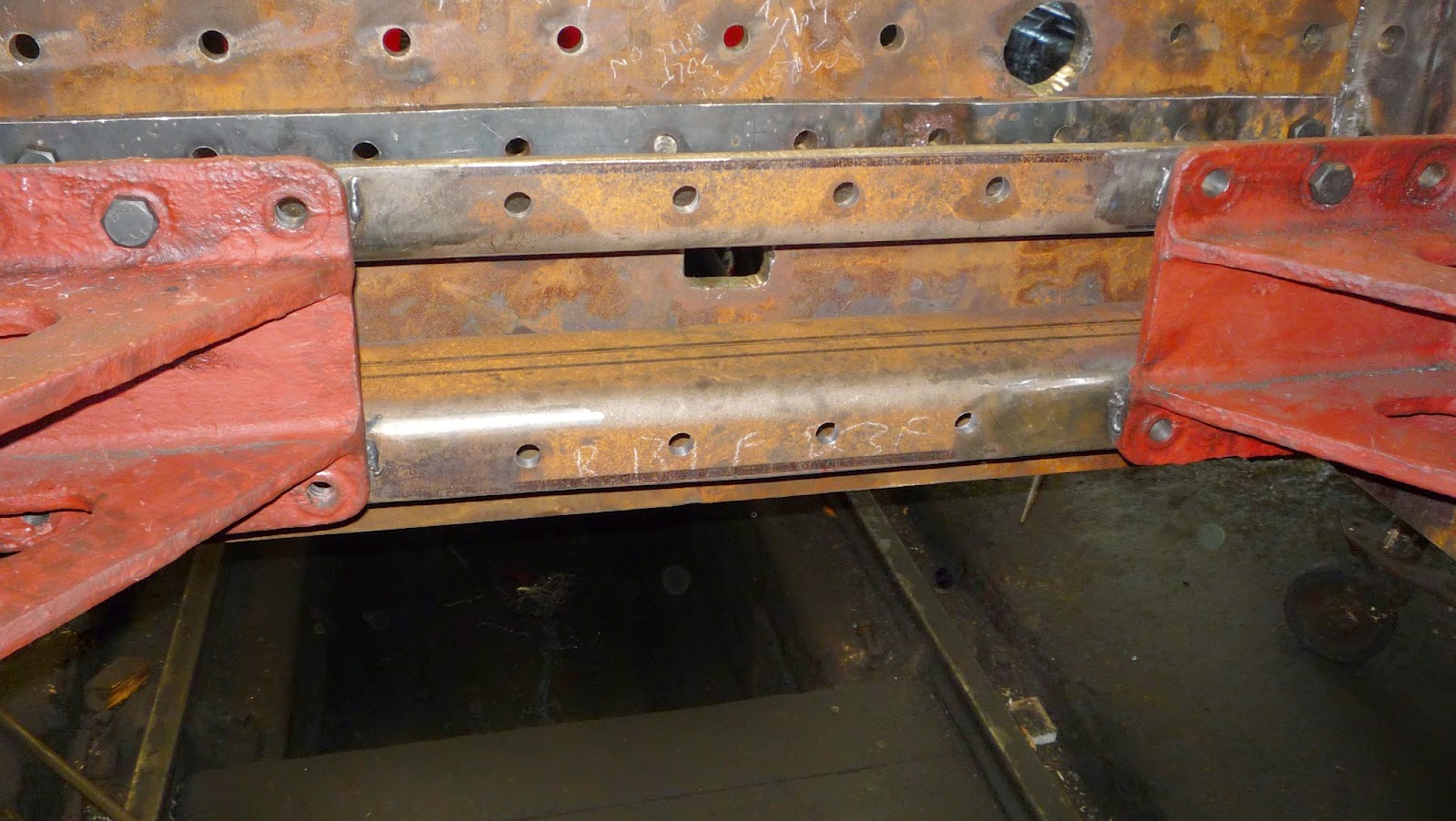 Another view taken from further back 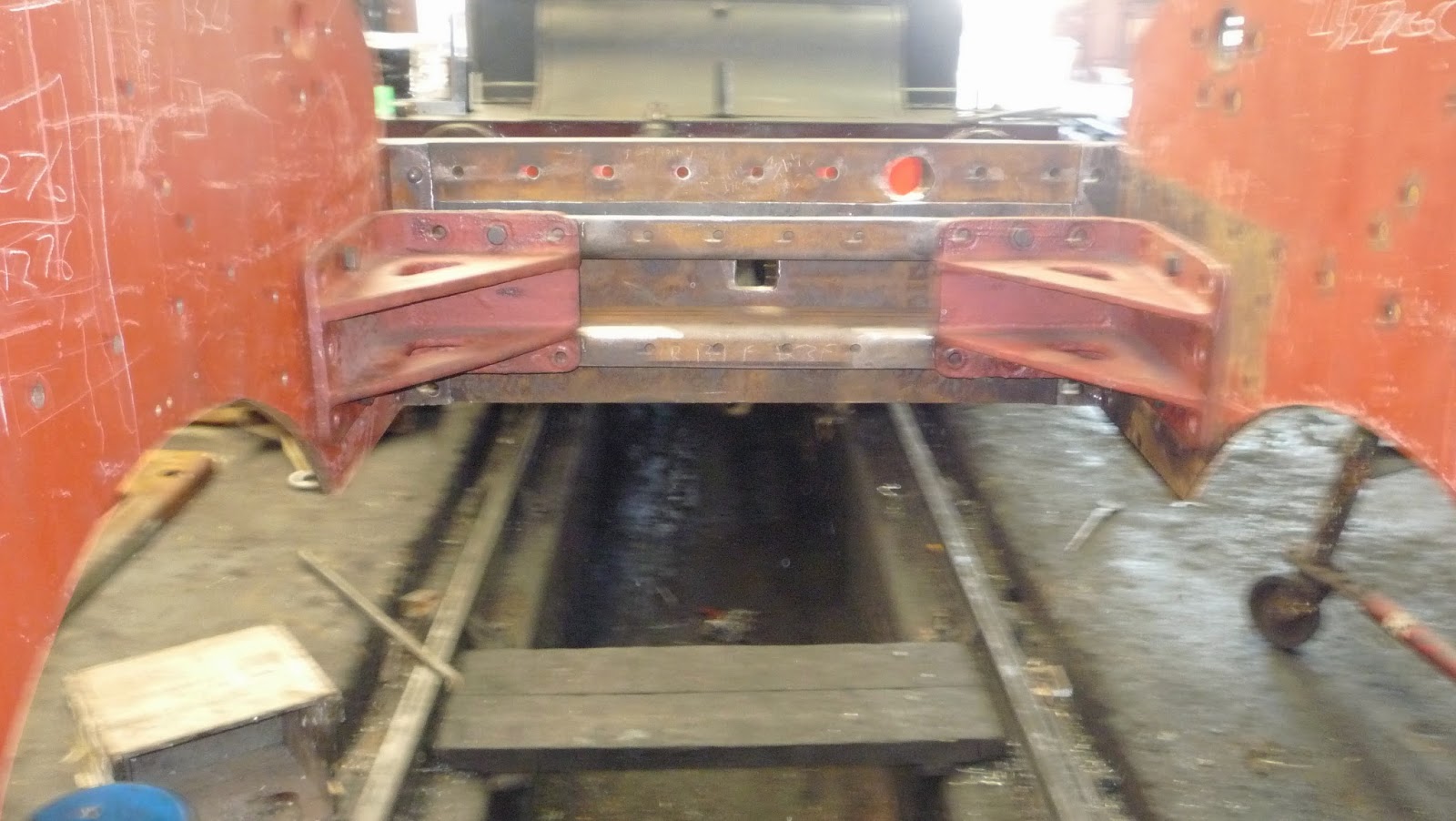 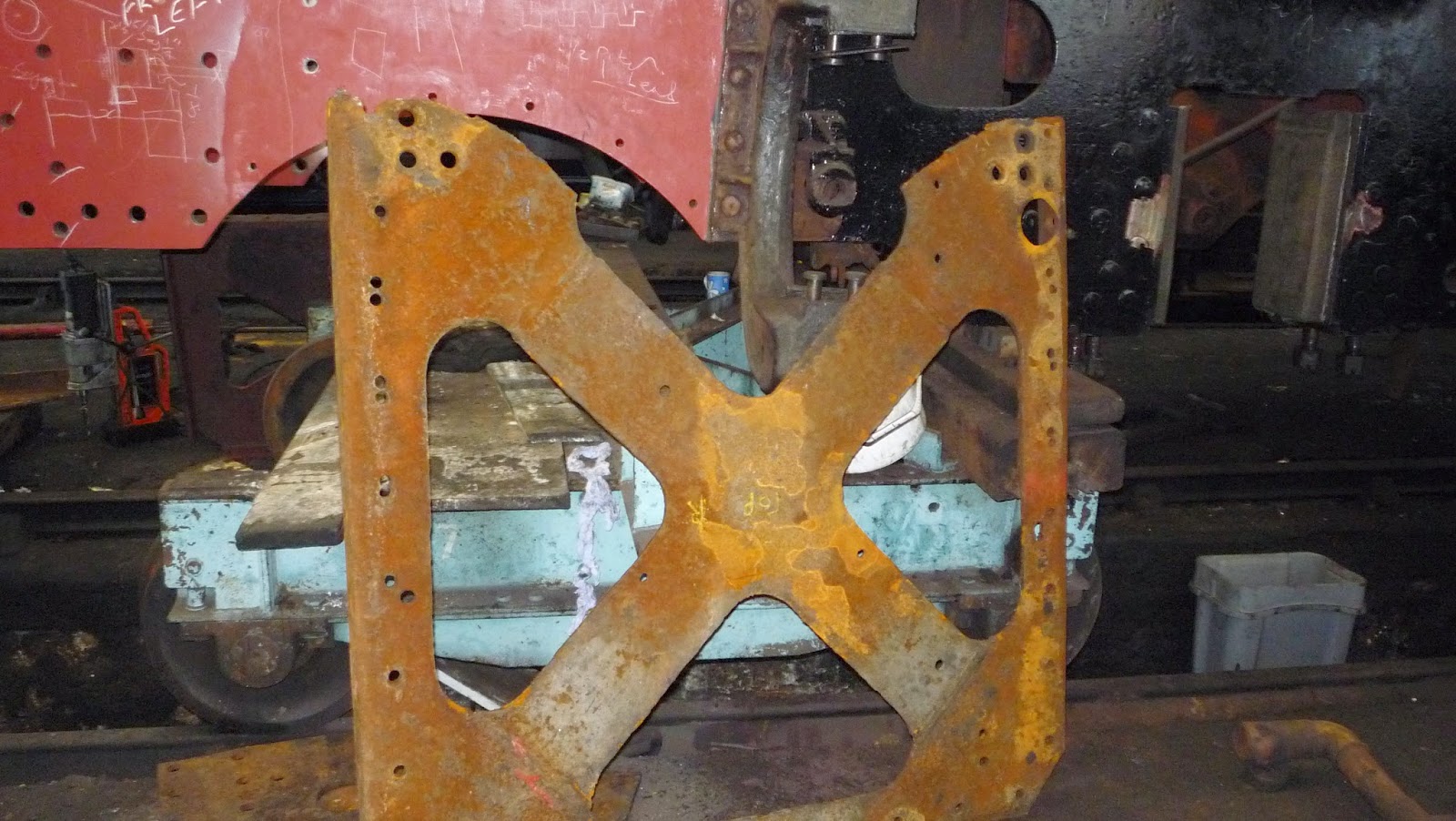 Nathan and Tommy with the new cross member, prior to fitting it in position. 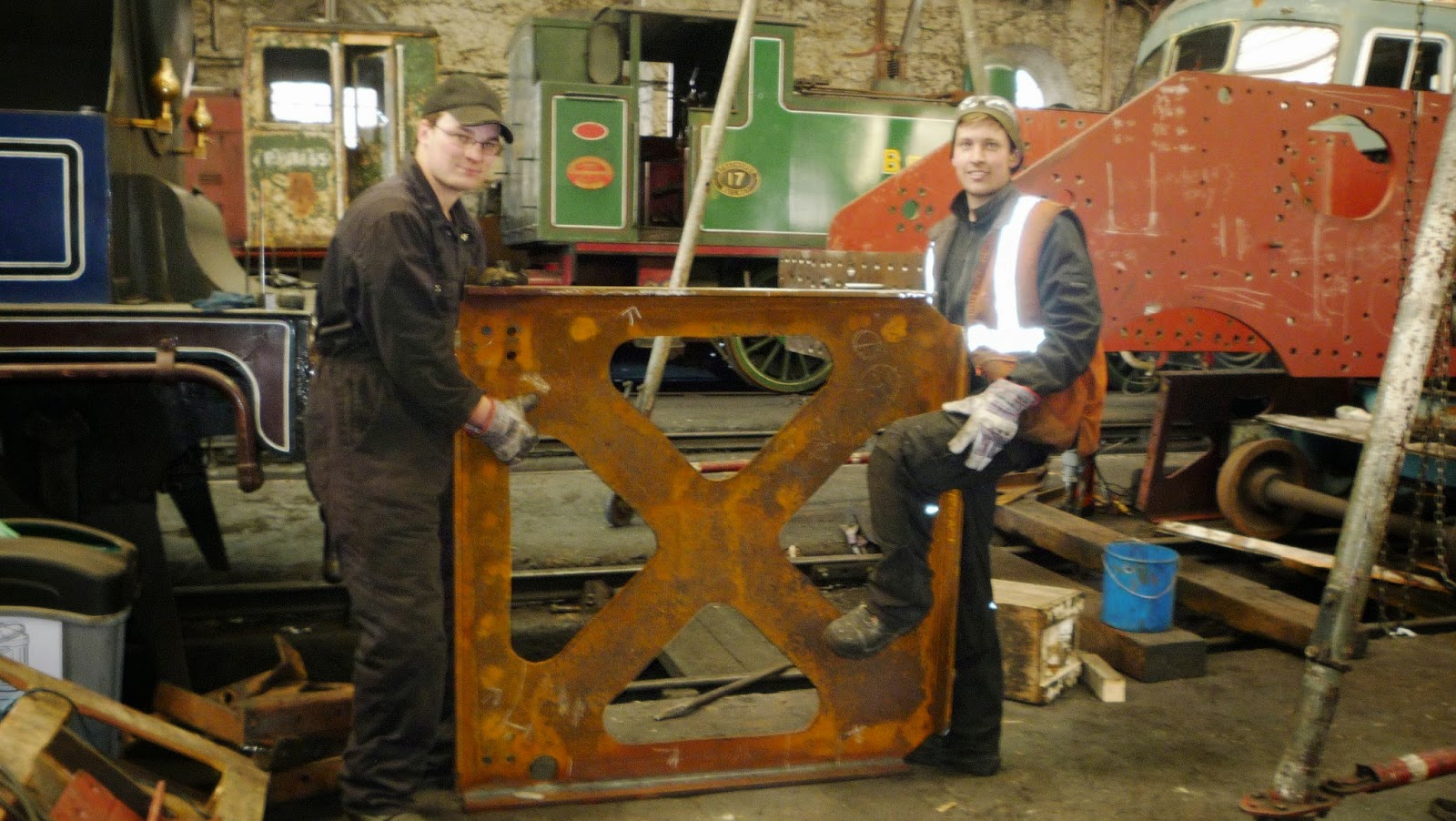 The cross member now in place ready for hole drilling. 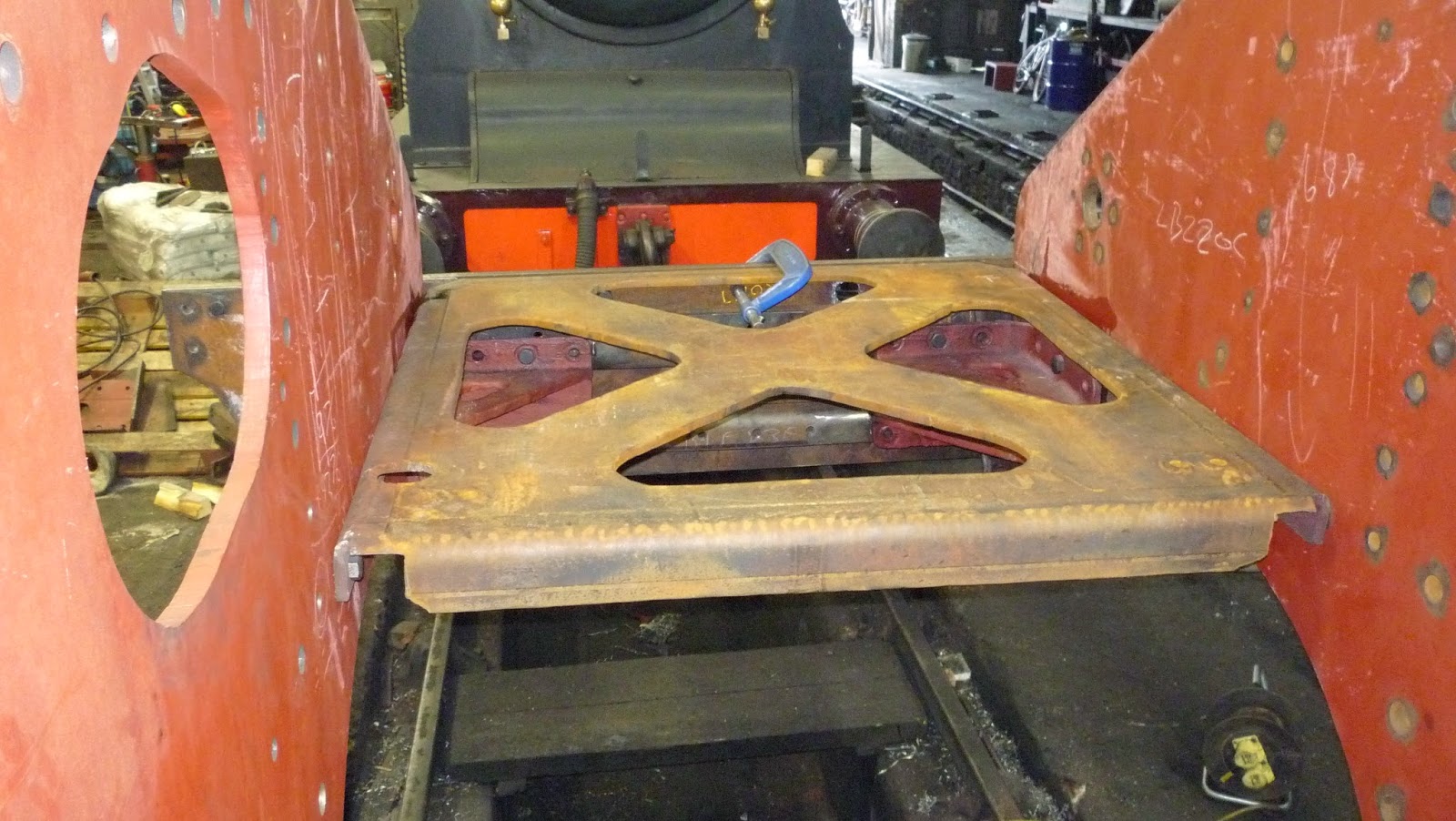 Both cylinders have now been cast and delivered to the engineers for machining.

Posted by foxontour at 22:40 No comments:

The first cylinder has been cast. 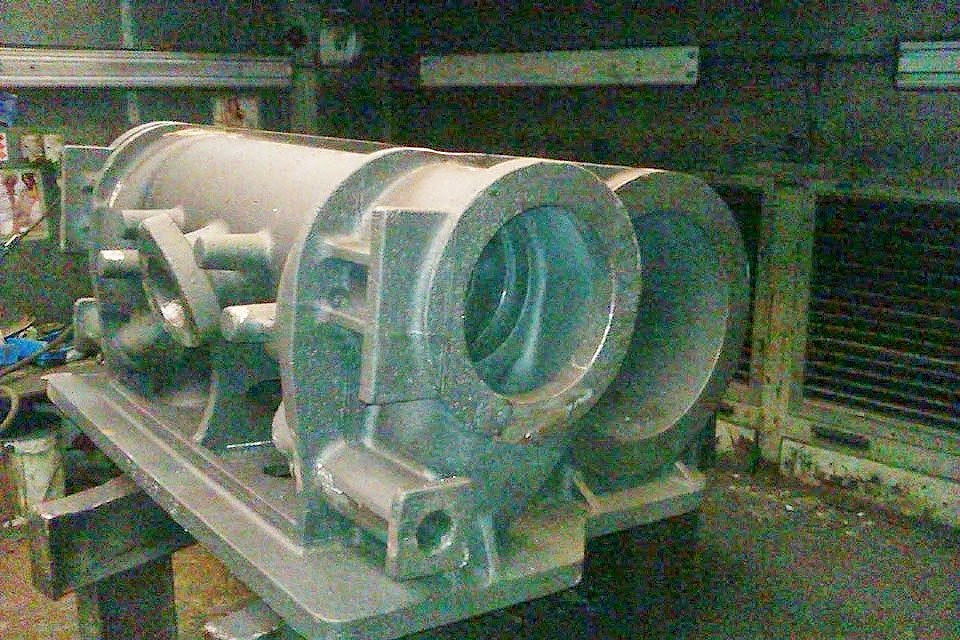 The first cylinder casting for 5025 has been produced.  This will now go for machining before being delivered to the railway.
Posted by foxontour at 22:42 No comments:

﻿
More progress on the new cab;
One of the cab sides pictured below having been coated in red oxide primer. 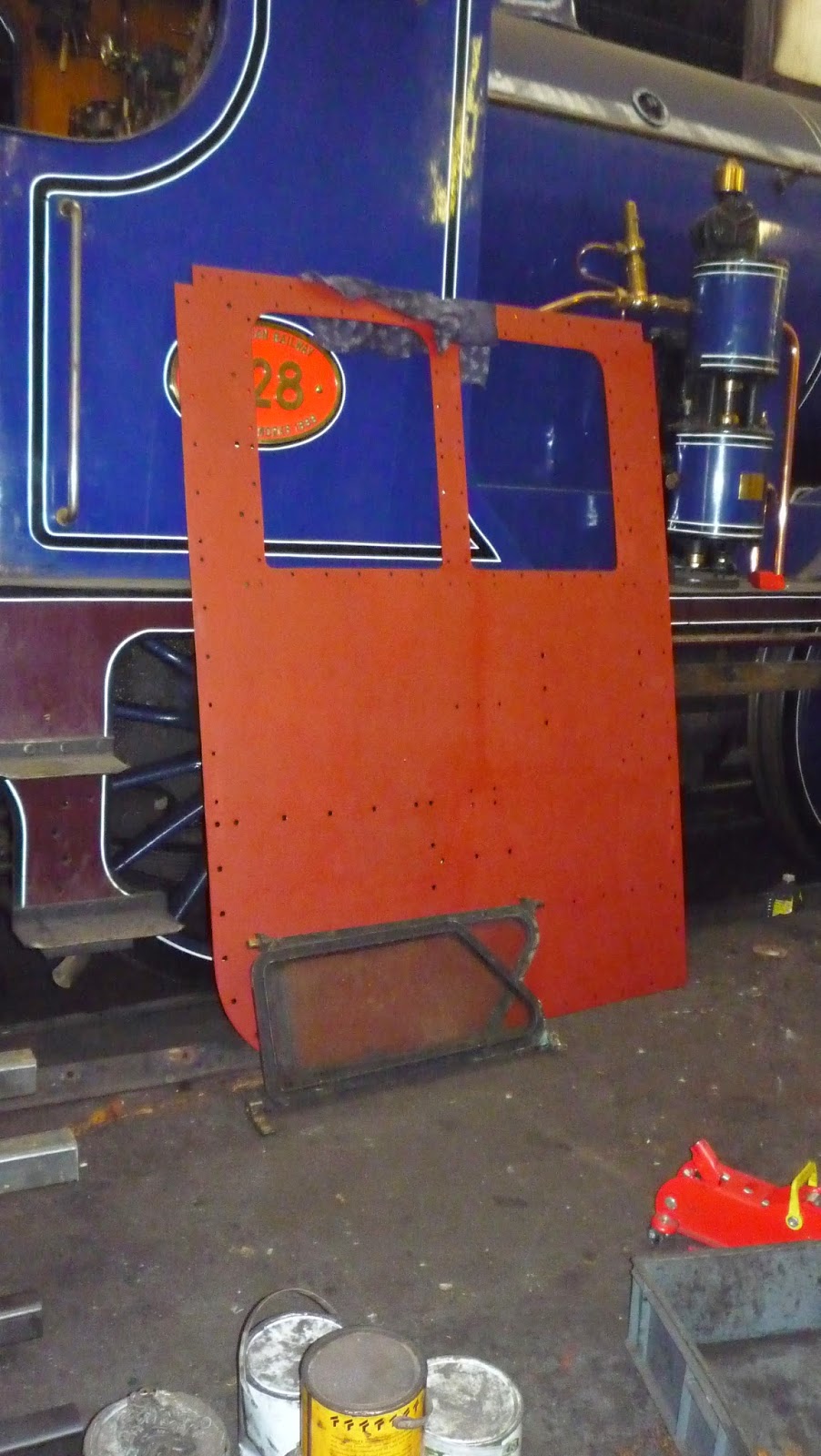 The cab front under construction. 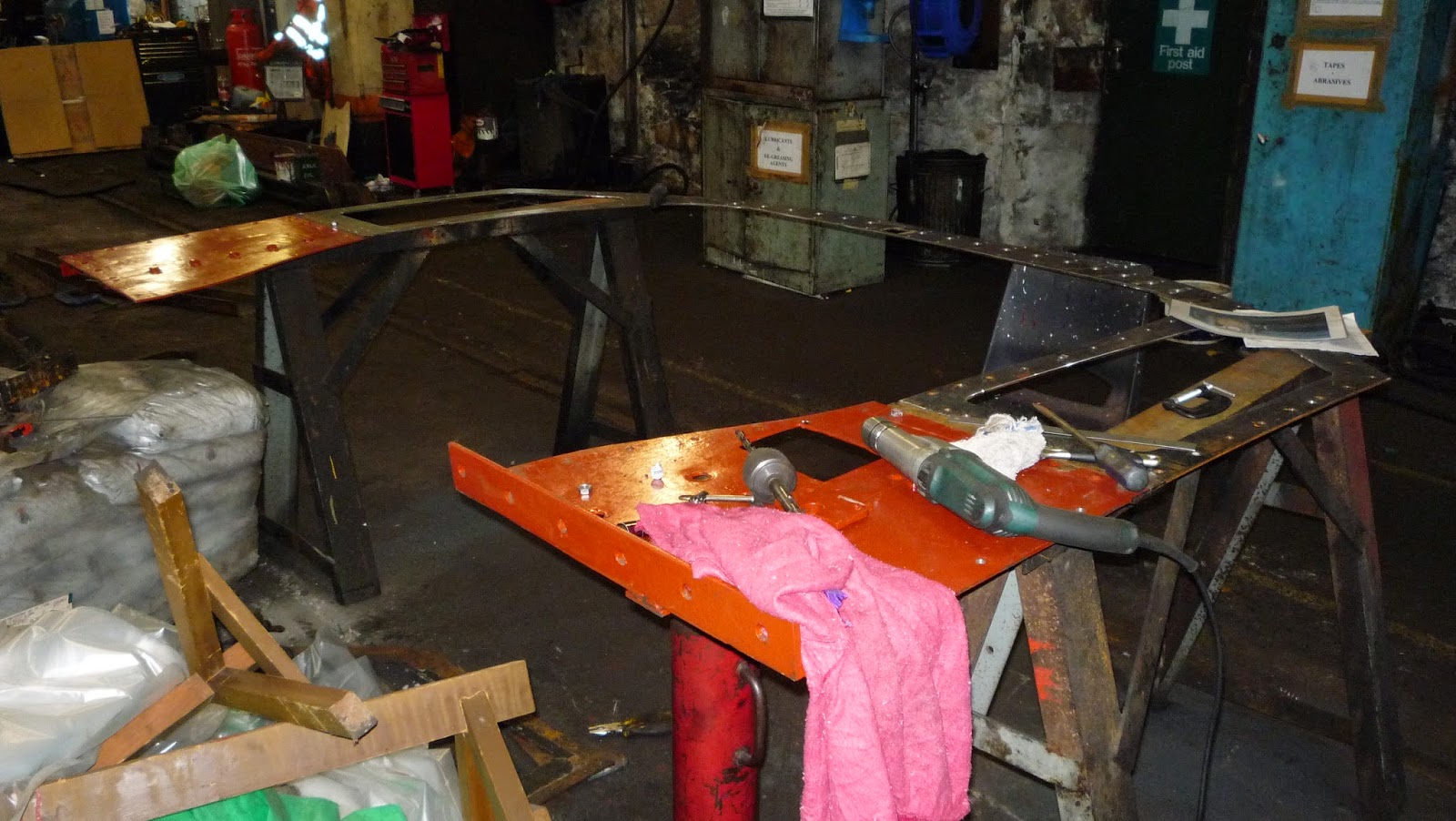 Another view of the cab front. 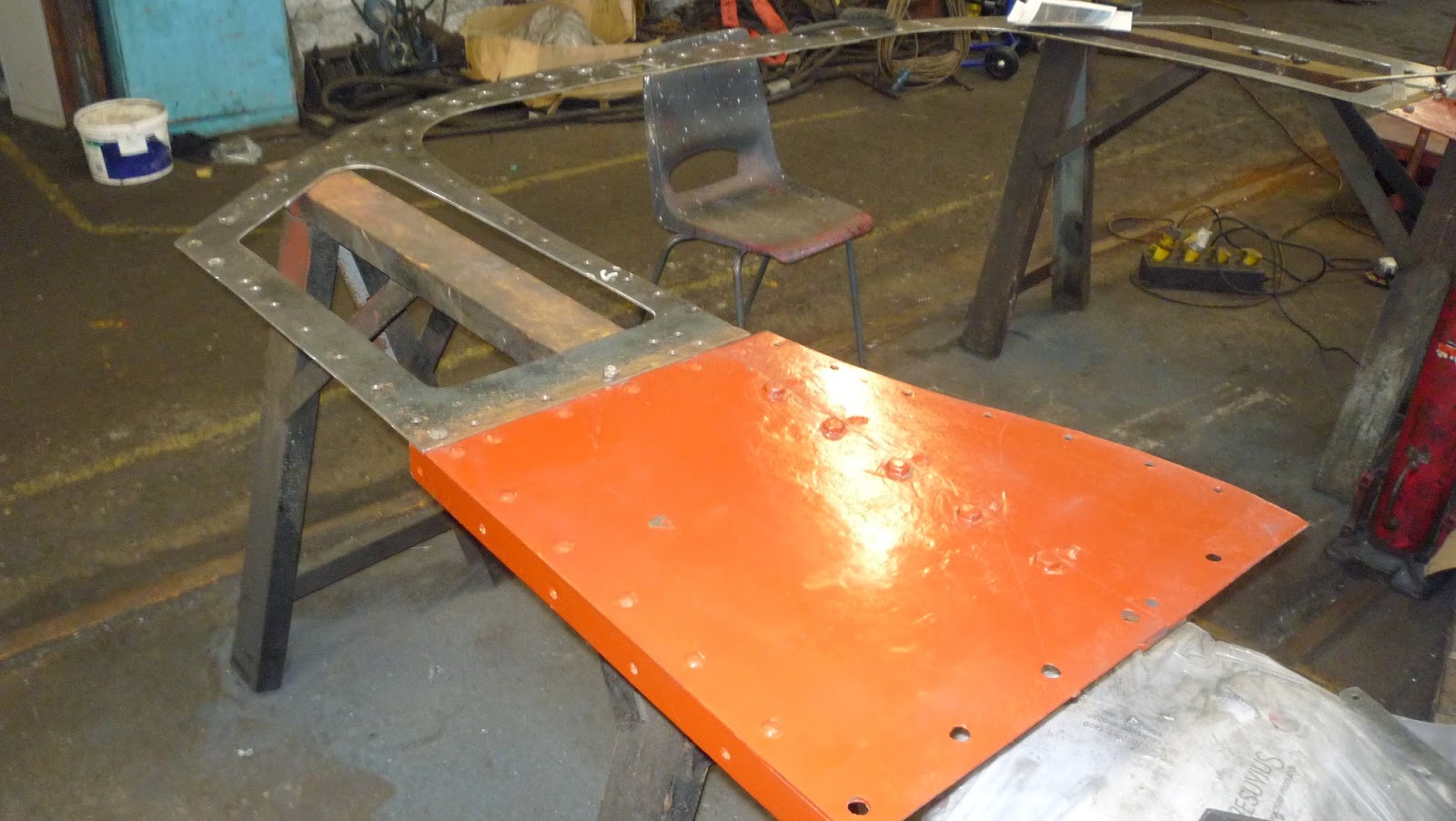 More preparation work is taking place around the front buffer beam, here the angle iron backing is being lined up for hole drilling. 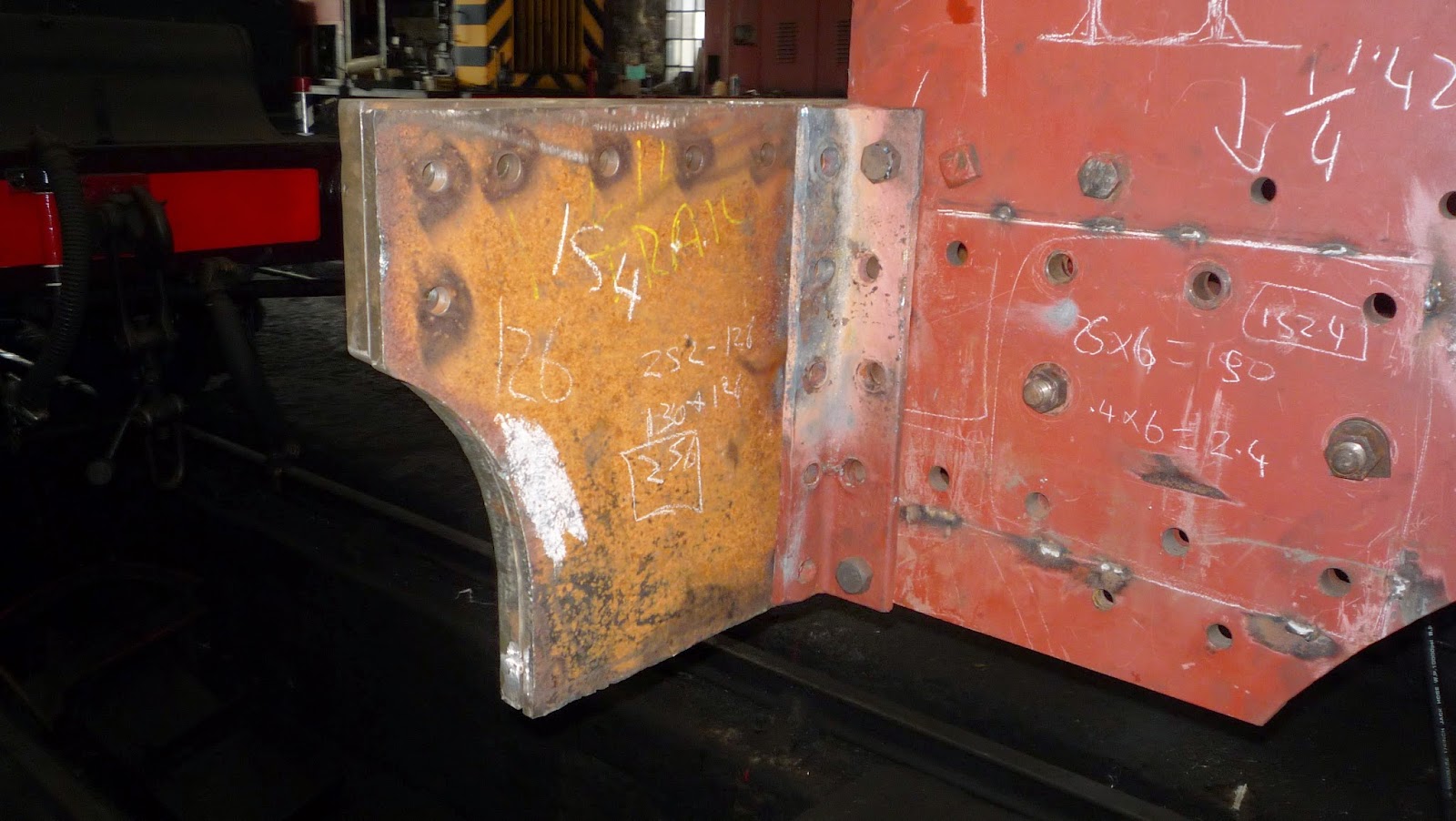 This picture shows the inner brackets being lined up, these will have two horizontal channels fixed to them.  These channels are currently being folded from one steel plate. 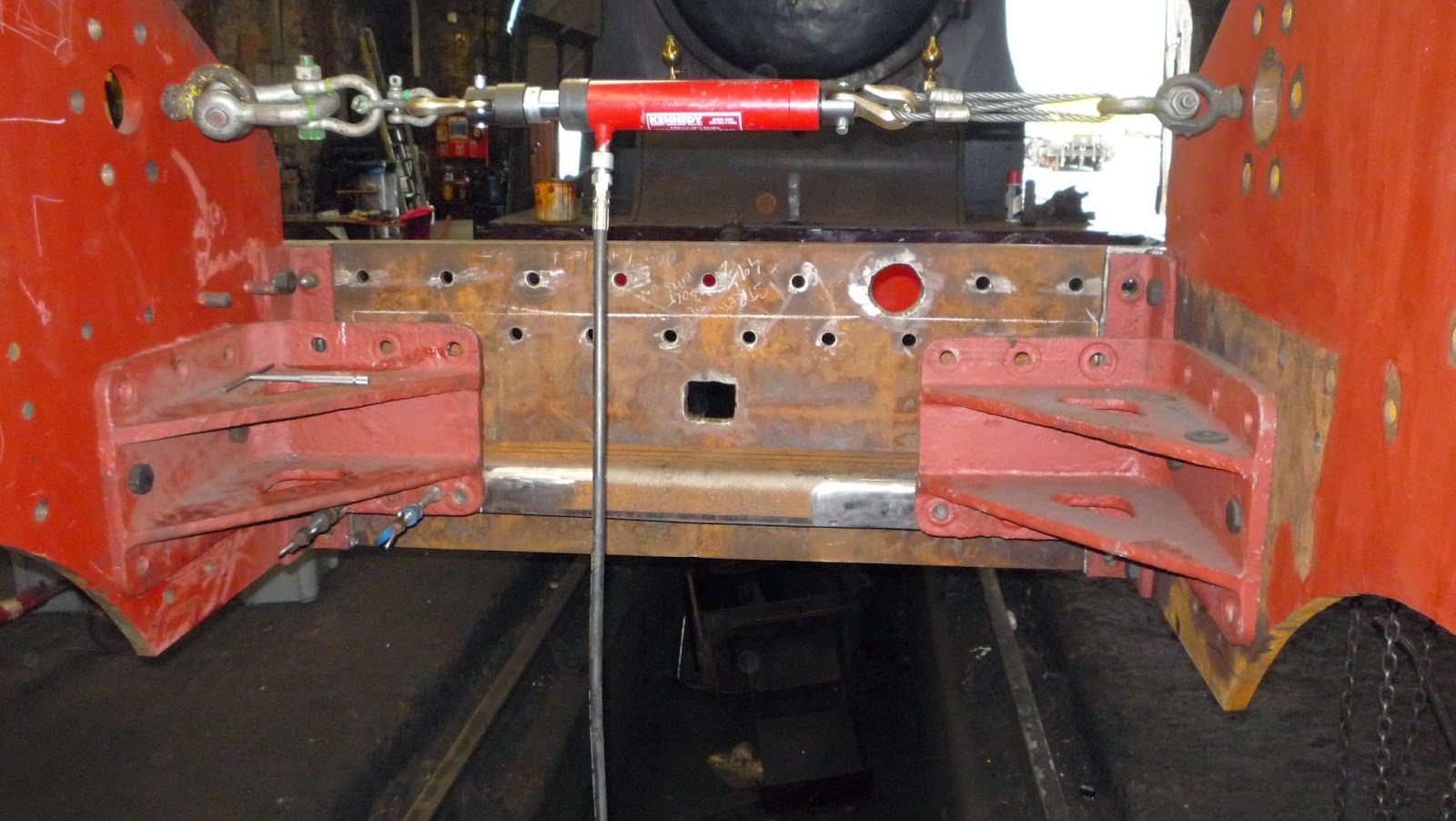 A view of the rear inner frames. 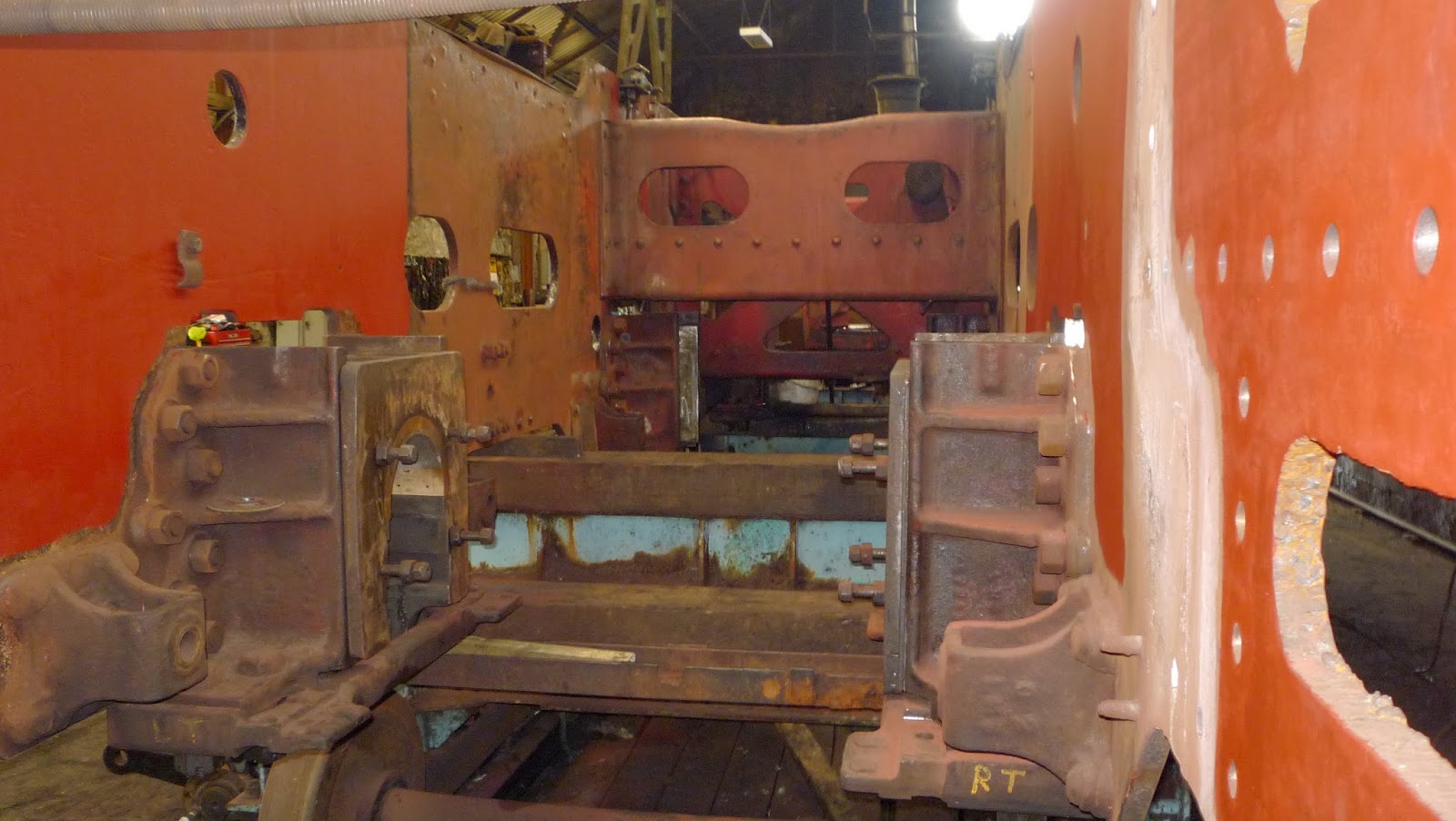 The front bogie being re-wheeled. 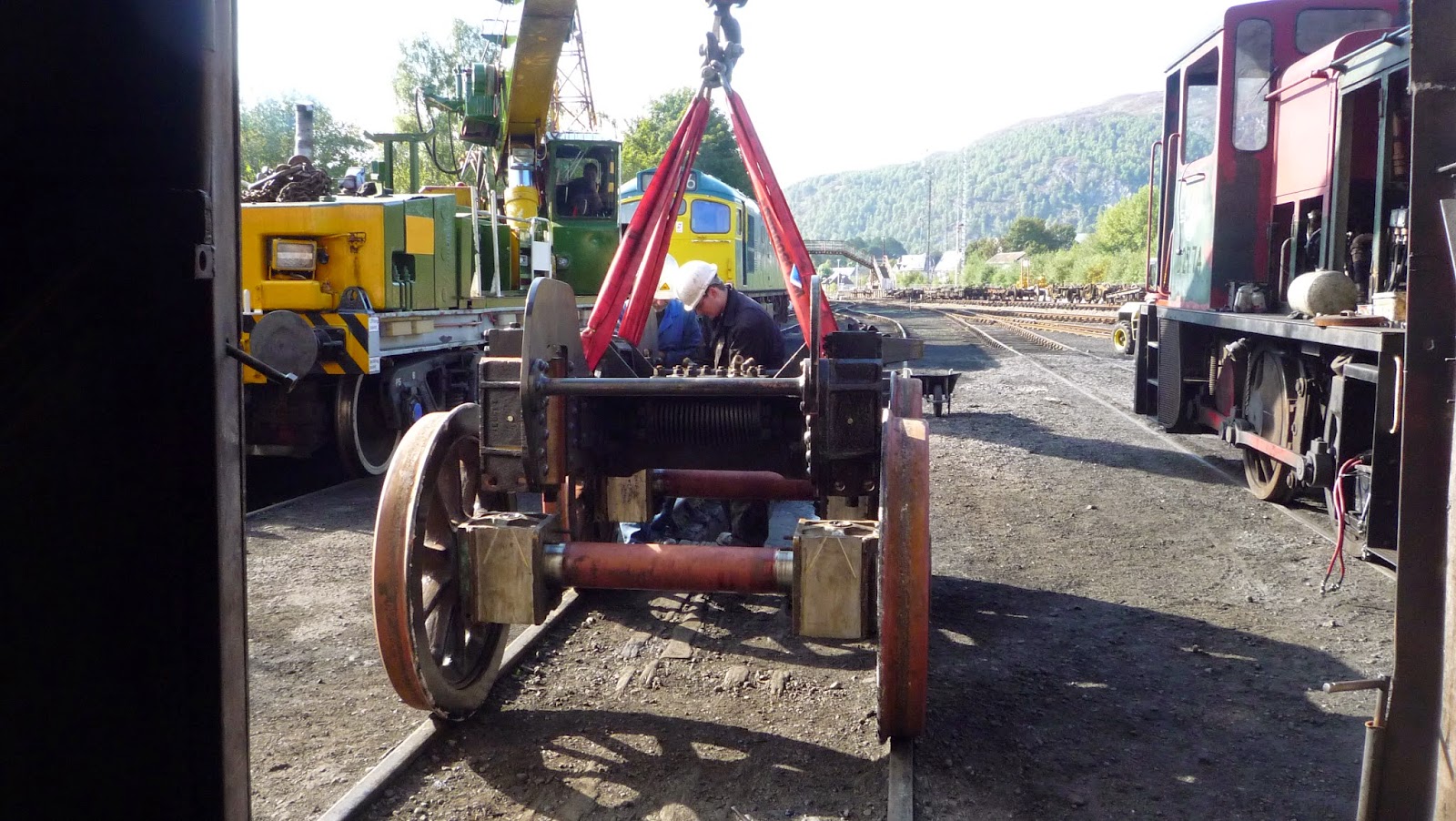 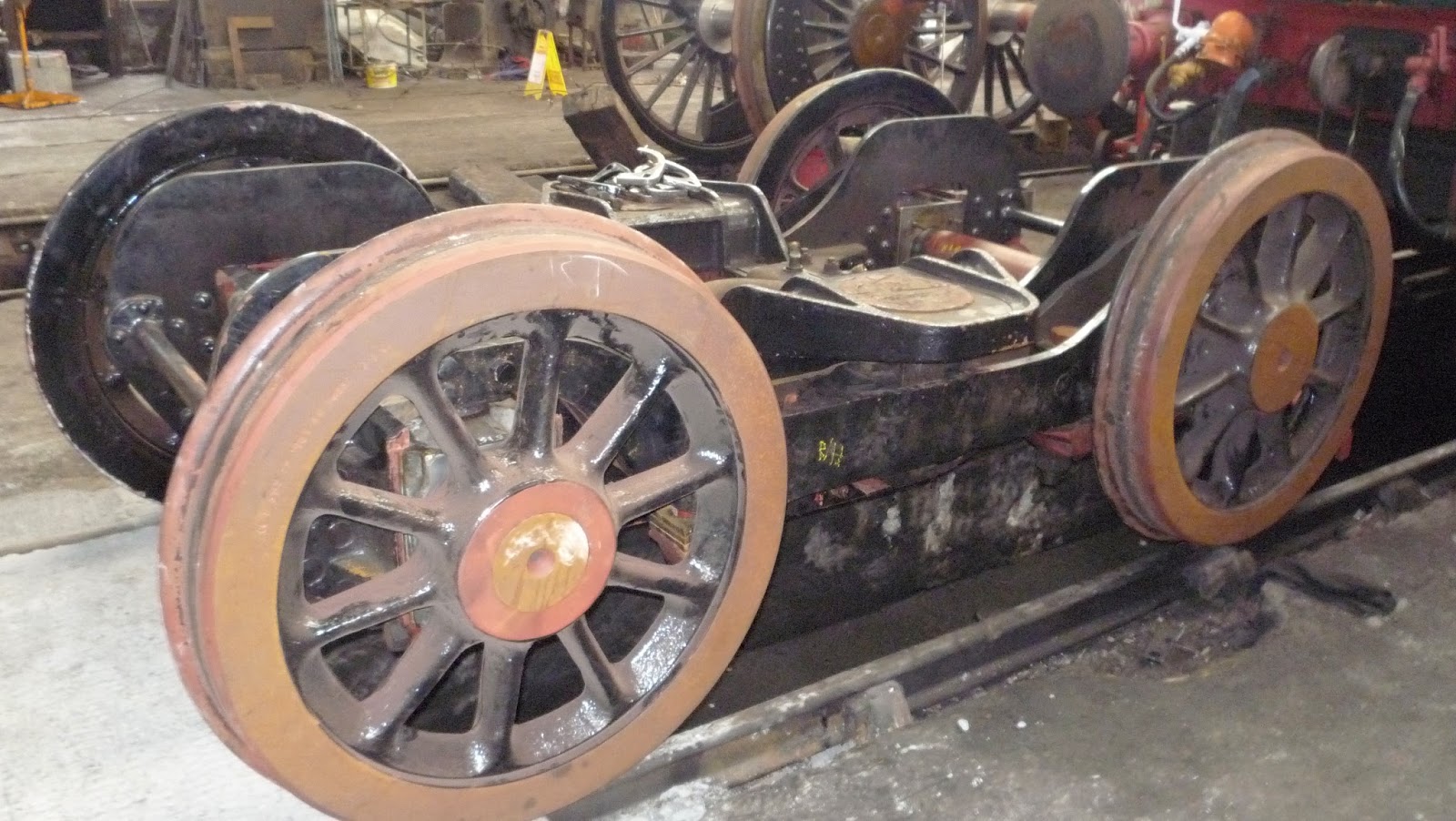 Posted by foxontour at 18:29 No comments: