Once again the work on 5025 has been steady without being spectacular.  A lot of refurbishment of small parts and the manufacture of things like pins and bushes.

One major problem has been the fitting of the smoke box saddle fabrication.  The picture below was taken some time ago when the saddle had been repaired by cutting and welding a patch into the centre, roughly where the cutouts for the exhaust ports are. 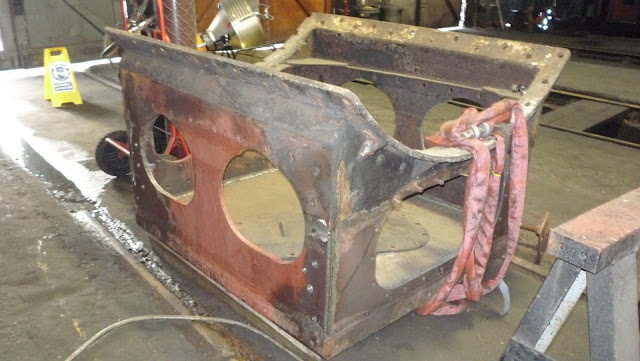 When fitting the saddle it was found to be too wide by one quarter of an inch.  This defied all attempts to rectify, so in the end both sides had to be cut out to allow them to be replaced with new steel plate in one piece.  Even then there were problems; the sides extend below the base plate around two inches, here the heat of the weld connecting them caused the flange to pull away from the vertical.  After much use of heat and the hydralic rams, this was eventually corrected.
The picture below shows the saddle in place between the frames after correct fitting had been achieved.  The exhaust port holes still have to be cut out. 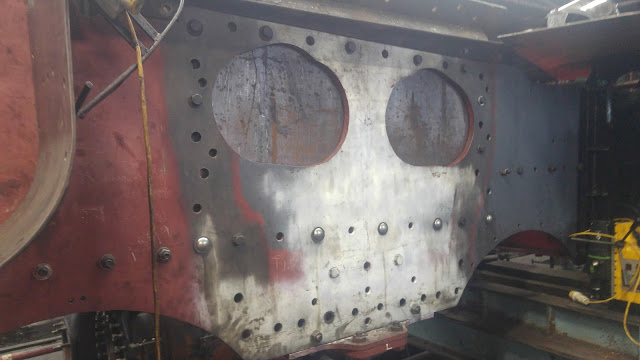 The view from the front, between the frames. 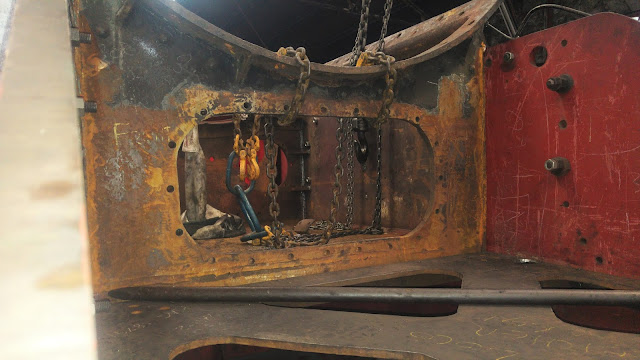 This is the right hand cylinder, having been lowered to the floor following a trial fitting.  This is another area that has caused problems with a lot of head scratching.  Nathan reporting that the marking out was one eighth of an inch out.  He said that all the marking was traced back on itself, resulting in finding that the motion bracket on that side was itself one eighth of an inch out.  Very time consuming. 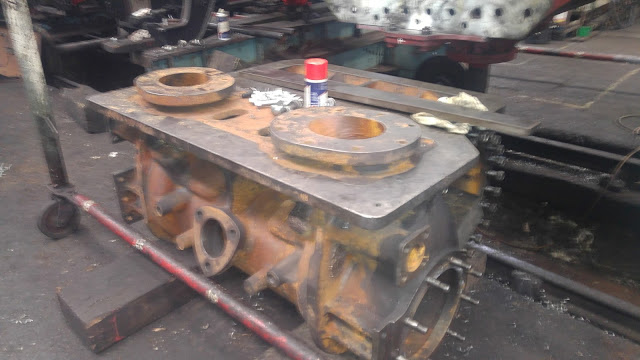 More work on the running boards has taken place.  This is the removeable section from above the right hand cylinder, removed for the trial fitting. 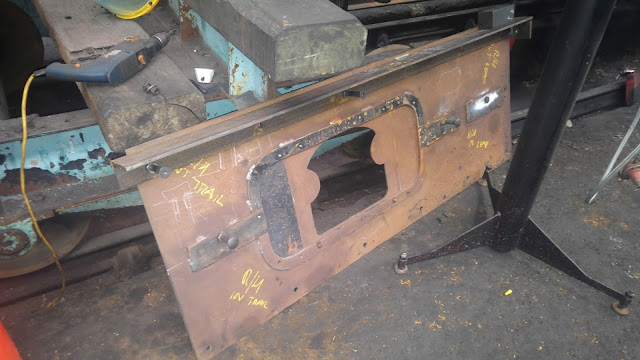 More new running board, this time with a tunnel above. 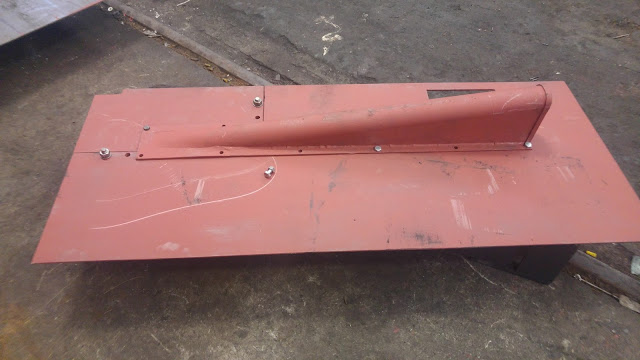 More running board, spread around to allow the red oxide primer to dry. 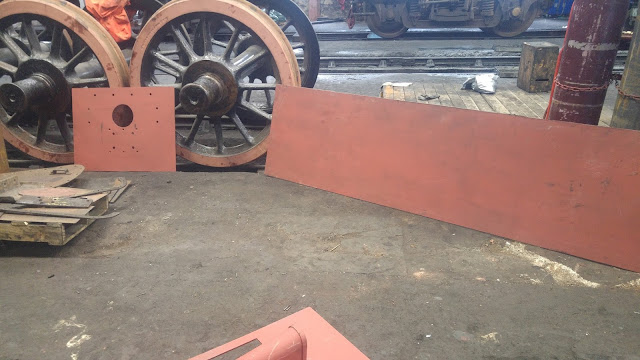 The rear running board, fitted but needing primer painting. 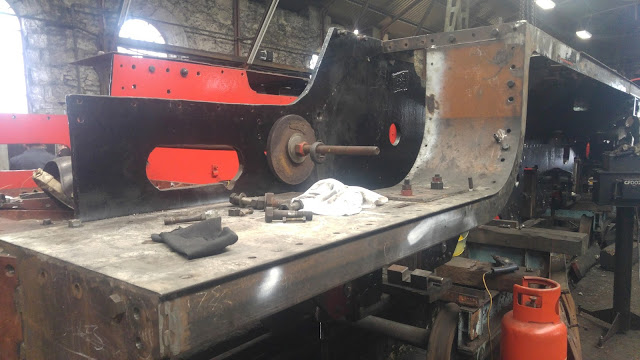 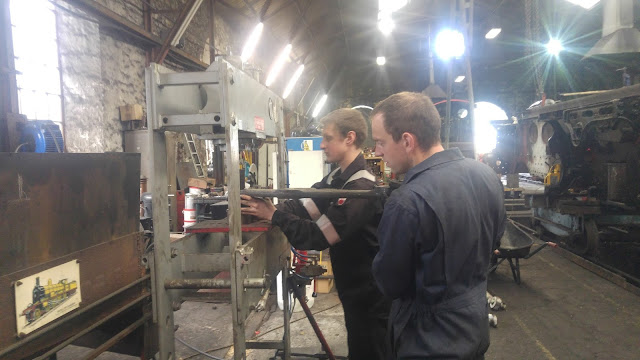 The press from the other side. 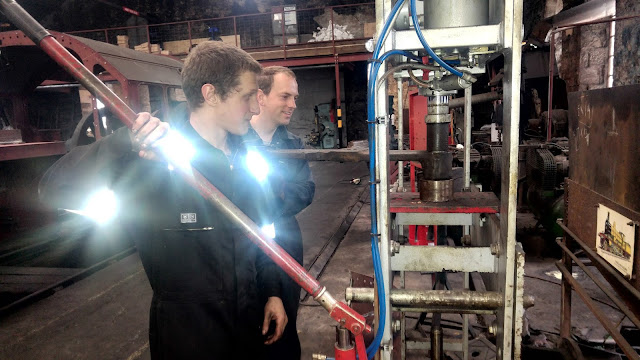 More refurbished parts, painted and hung up to dry. 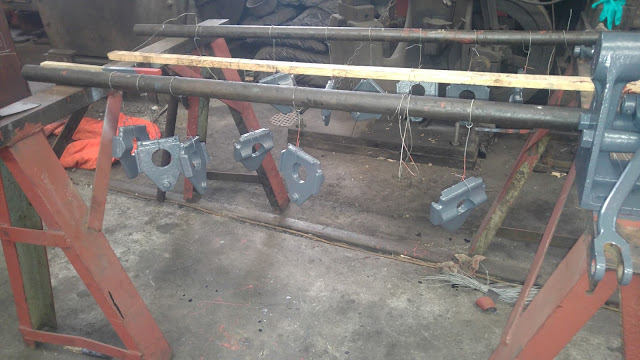 Linkage for the sanding gear, refurbished and painted. 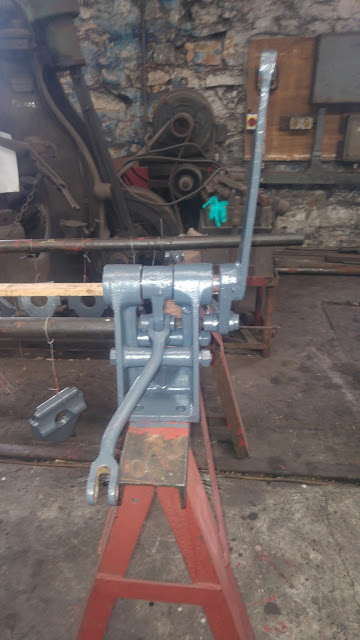 Steam brake cylinder, the new one on the left having been machined to the finished size. 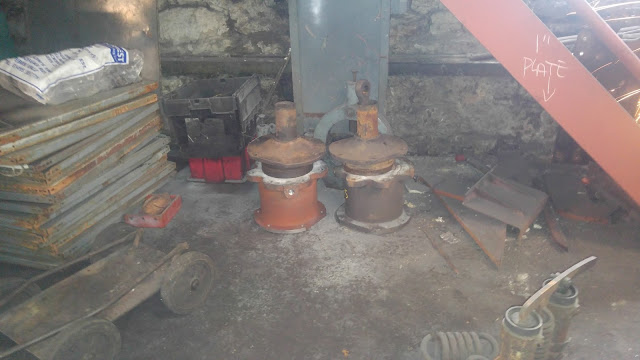 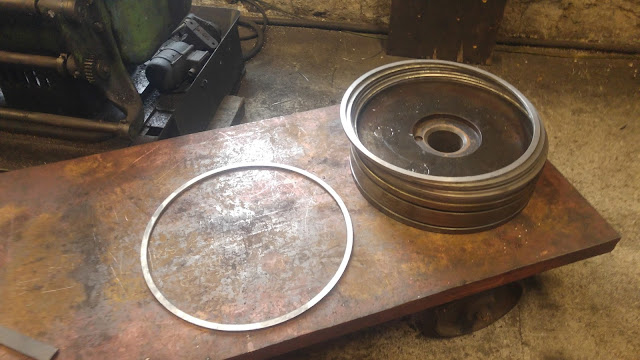 Steel bar in the lathe for the manufacture of bushes. 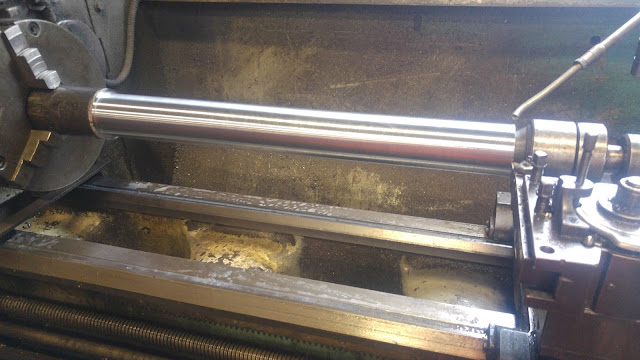 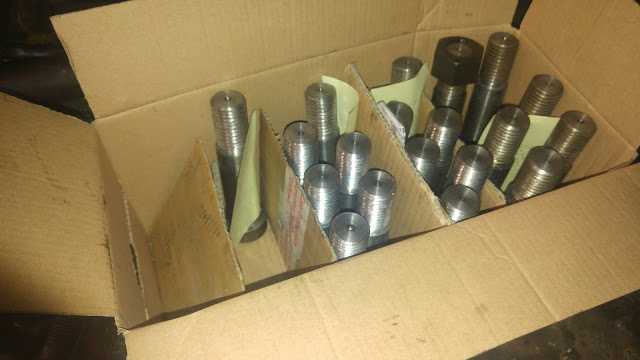 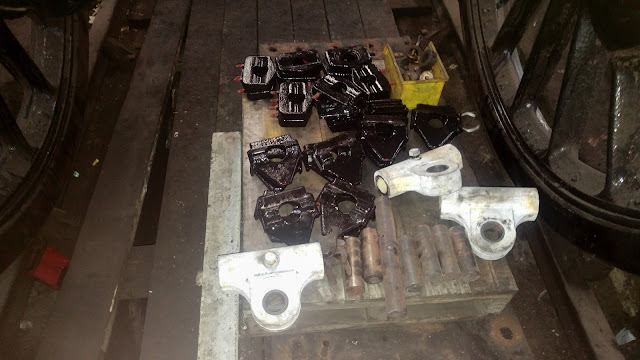 I was told the name of this part but forgotten it.  Its the bit that the tender rubs against, the bottom line is that it has now been refitted. 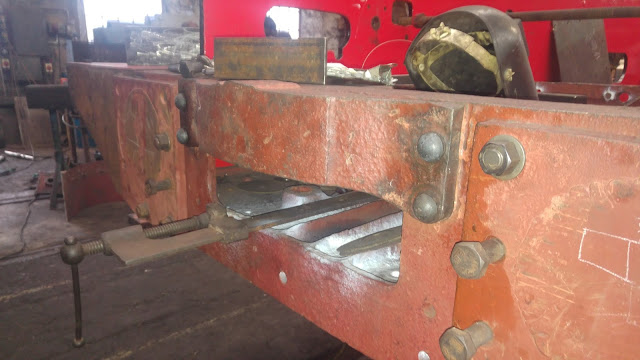 Posted by foxontour at 21:18 No comments: