After spending the closed season carrying out heavy maintenance on our other steam loco's, work has re-started on 5025.

After a long period of making the riveting dolly's, practising on pieces of scrap and waiting for a very large order of rivets.  Work started for real on the frames of 5025, first of all the stiffening channels were riveted to the back of the buffer beam. 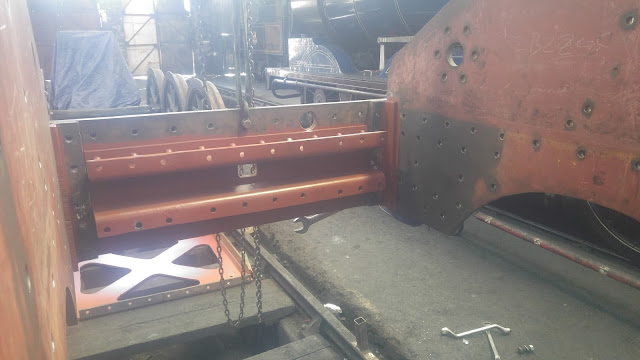 Next the angle iron's that fix to the front of the frames were riveted in place.  These angles hold the buffer beam in place. 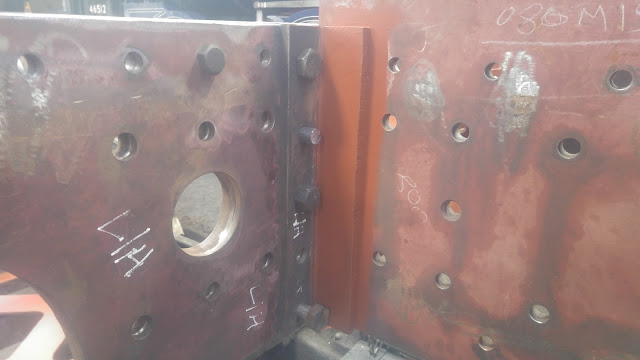 The front view of the buffer beam.  The rivets holding the channels in place are countersunk, the faces of them have been ground flush with the beam. 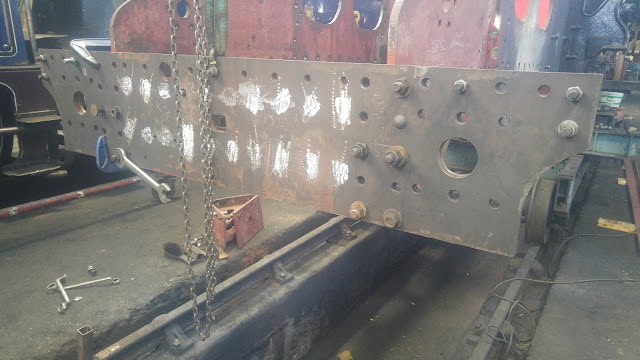 the picture below shows a newly machined sliding nut for the hand brake mechanism. 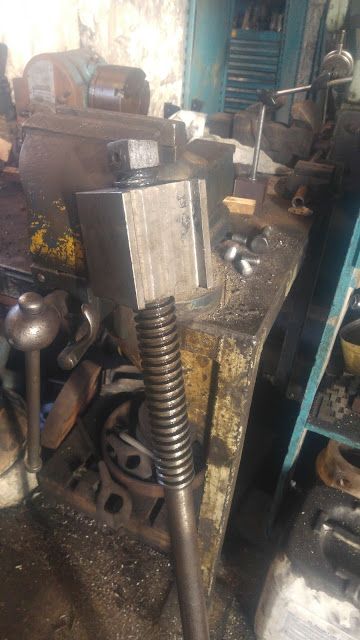 Posted by foxontour at 19:45 No comments: