Although there is not much happening to the black 5, there is still a great deal happening.  Unfortunately at this time of year the work has to be concentrated on our servicable engines.

White metalling bearings is in full swing, shown below are bearings from Ivatt class 2 46512 and Caledonian 828.  These have been tinned ready to recieve the moulten metal. 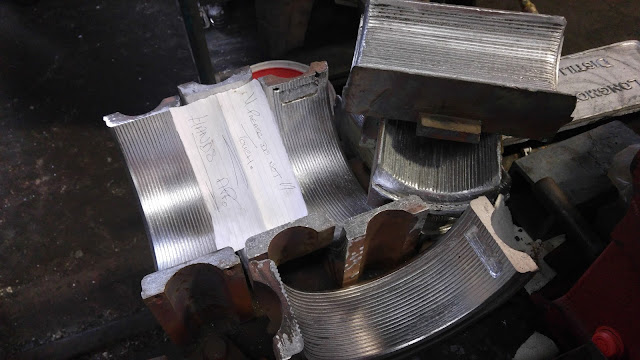 Below is the next stage of the operation.  The bearing is inside the mould which is being heated prior to the pouring of the metal. 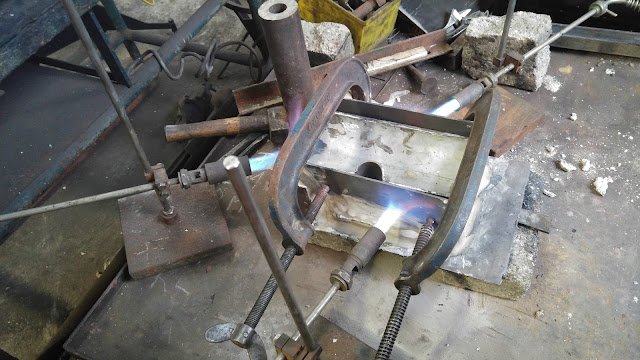 The bearing has now been removed from the mould and is awaiting machining. 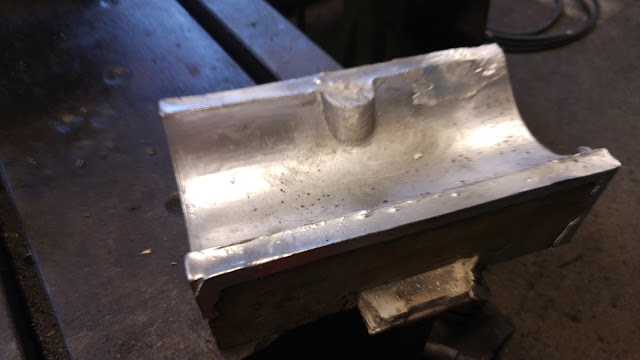 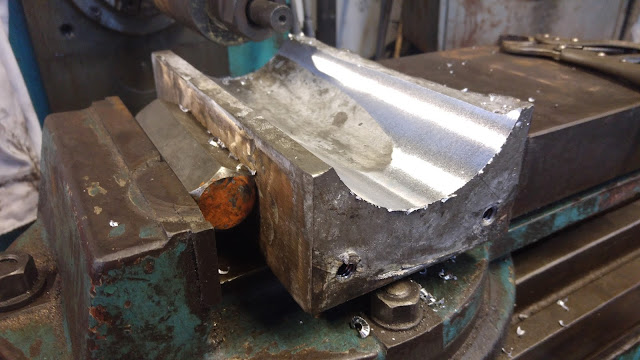 The white metalling process has its other uses as well, shown below are two items that have been cast for Queen Anne.  Queen Anne is a Ruston 48DS which used to run at a local distillery. 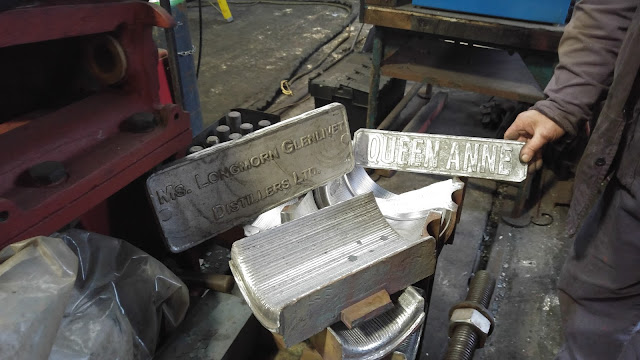 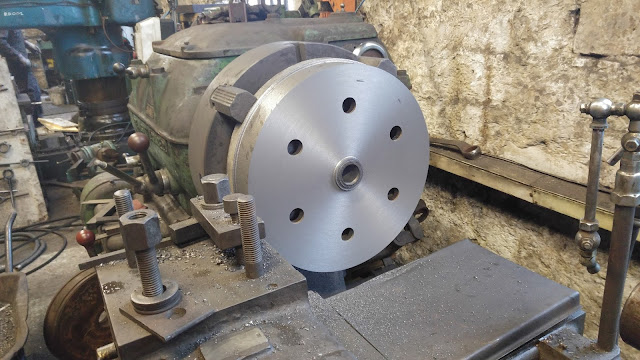 The piston head is hollow, the holes are given a thread and then filled by the core plugs shown below. 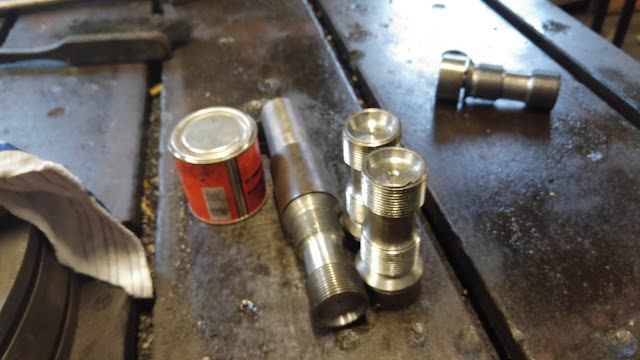 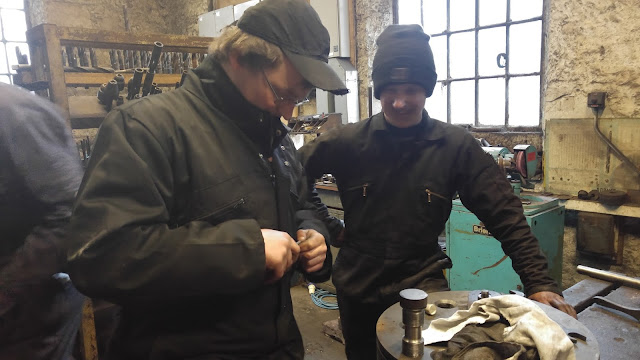 The core plug is screwed into the piston head using a wrench.  The plug is tightened until the top breaks off, at this point the plug is deemed to be tight enough and will not come loose again. 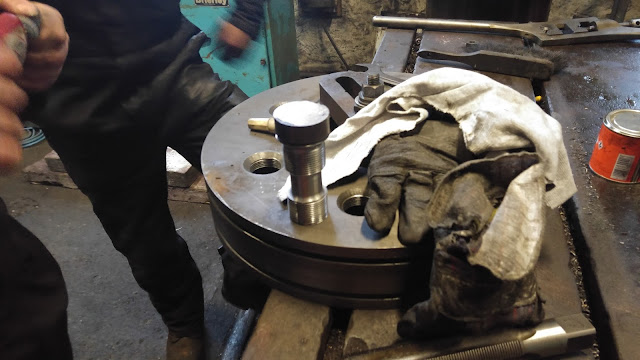 The black five has not been completely neglected, these are refurbished parts ready for fitting. 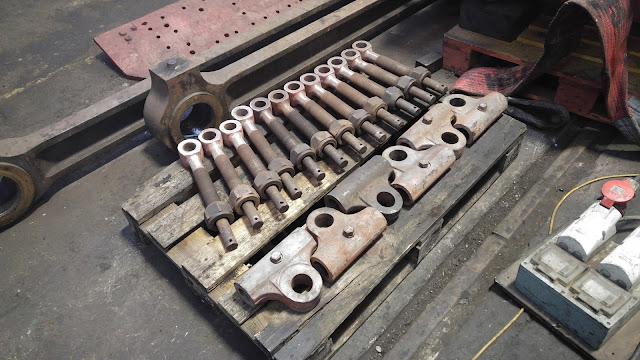 This is part of the running plate for 5025, the part where the reverser lever runs underneath. 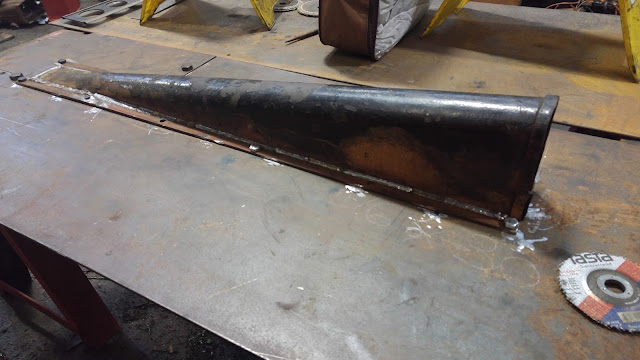 Back to 46512, this is the blank from which new piston rings have been made. 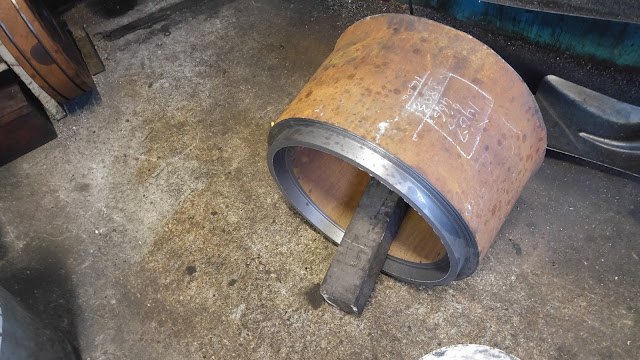 The piston rings, new on the right with the old ones on the left. 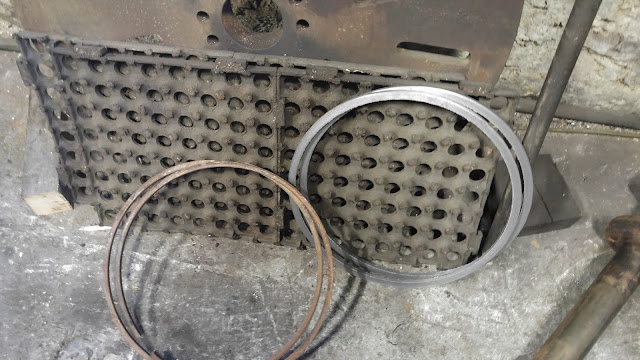 Posted by foxontour at 20:45 No comments: