Since the loco was re-wheeled and returned to the engine shed, work has centred on the fitting of the horn clips, the springs and the dust shields.
The picture below shows the centre driving axle.  The horn clip has been bolted into place but still awaiting its split pins.  The horn clip is the metal plate just below the brass oil filler / drain plug.  The loco has a brand new set of springs, one of which is shown in place under this axle box.  Final adjustment of the springs will not take place until the loco is fully rebuilt. 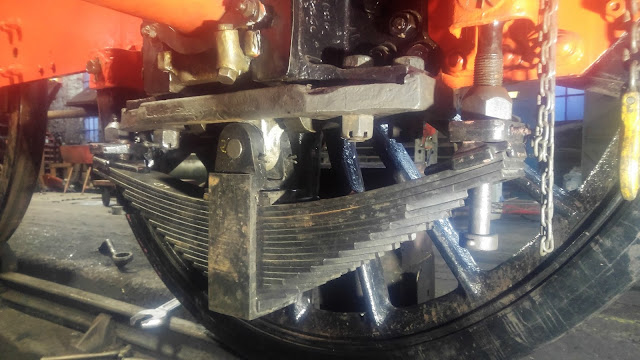 This picture of the same axle has been taken from a slightly different angle.  It shows the axle disappearing into the axle box, at this point just above the brass filler / drain plug, is the dust shield which is a form of collar around the axle. 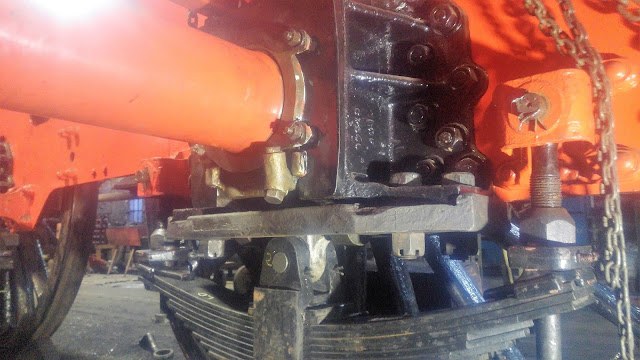 The vacuum pipework has been completed and tested, holding 21" without dropping.
The picture sequence runs from the rear through to the front. 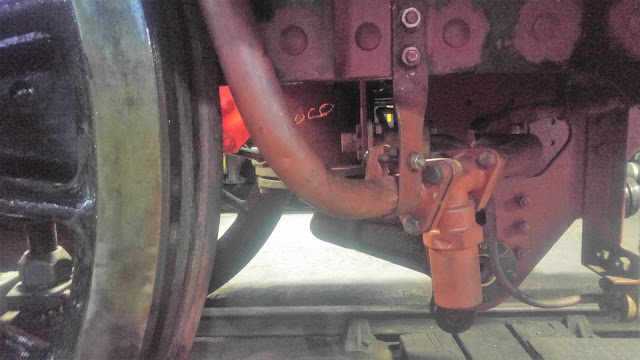 2. Above the rear driving wheel. 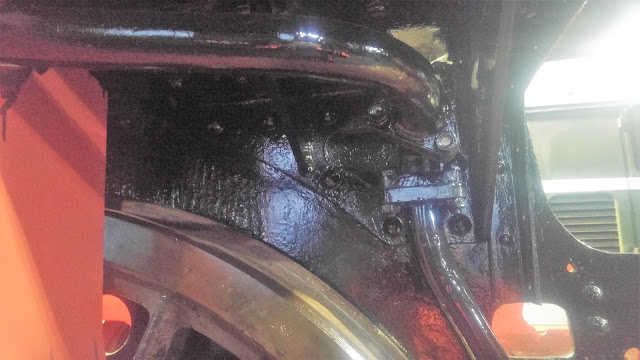 3, mid way along the frame. 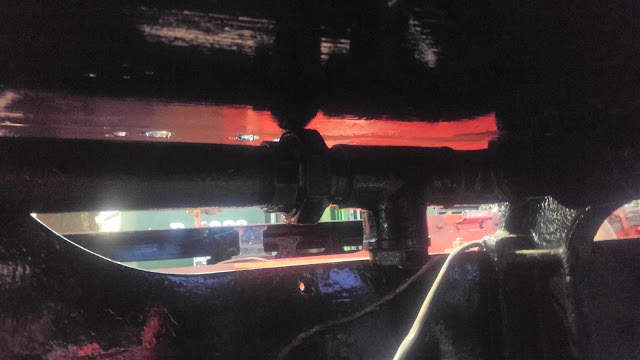 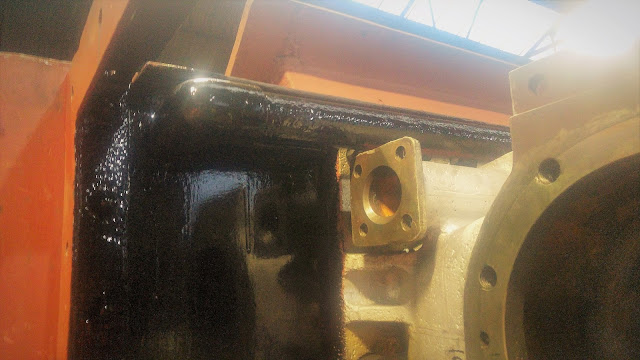 5, Through the frame and down in front of the saddle. 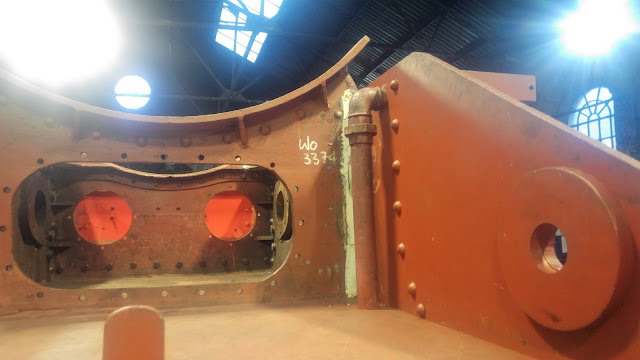 6, finally through the front buffer beam, into the swan neck and into the flexible pipe ( otherwise known as the vacuum bag!)  This in turn locates onto its stop which is known as the dummy coupling. 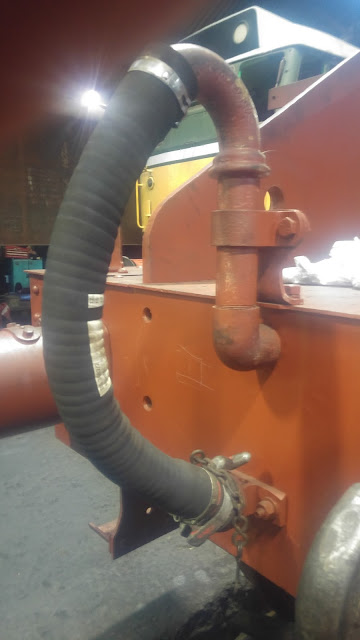 Posted by foxontour at 20:22 No comments:

5025 has been re-wheeled, becoming a rolling chassis once again.
Pictured below with the frames on the jacks with the wheels positioned underneath. 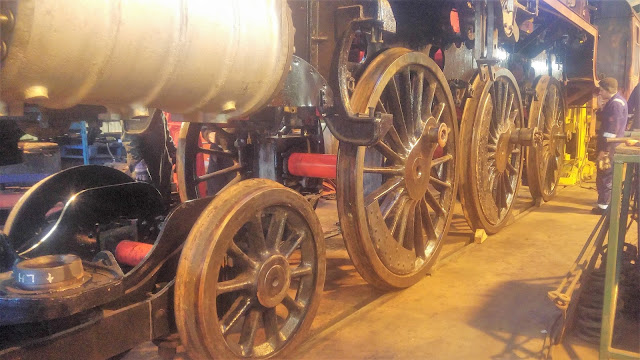 The frames now lowered onto the wheels. 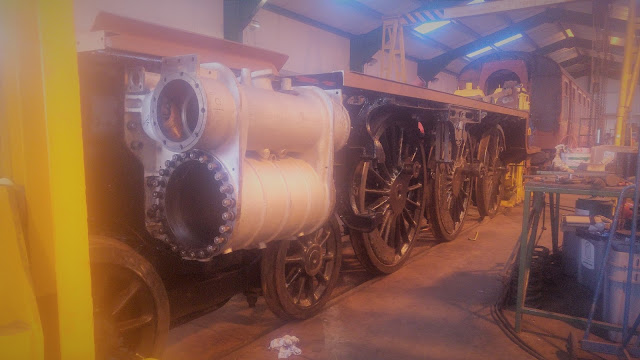 Another view from the front. 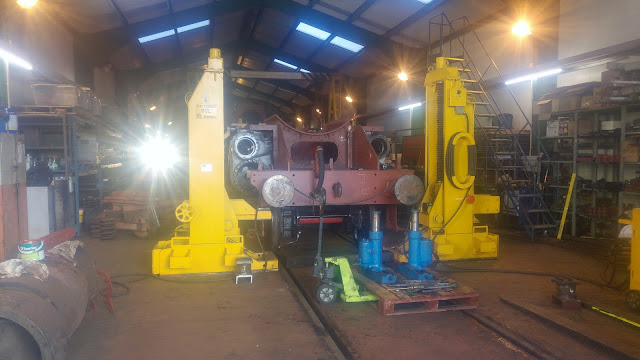 The chassis being drawn out of the carriage shed, on its way back to the engine shed. 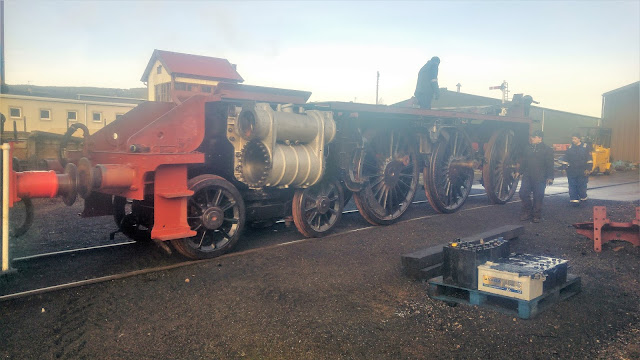 Apologies for the poor quality pictures - damp day!
Posted by foxontour at 22:22 No comments:

In preparation for the re-wheeling of the chassis, which will take place later this month, the front bogie has been re-fitted.  The frames are sitting higher than they should be, supported by blocks of wood.  This is to allow the jacks, complete with extensions, to fit underneath the front buffer beam and rear drag box.  The extensions are needed to enable the jacks to lift the frames high enough to allow the six foot driving wheels to pass underneath.
The picture below shows the engine frames being lifted at the front end, the first task is to remove the slave bogie. 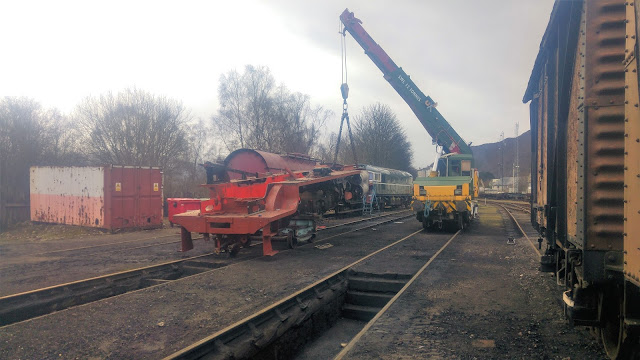 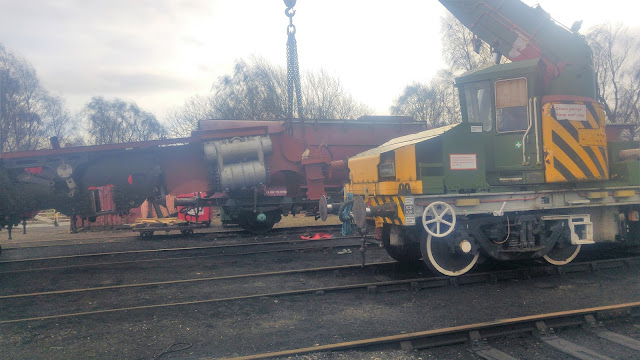 Manual labour, the slave bogie being pushed out of the way. 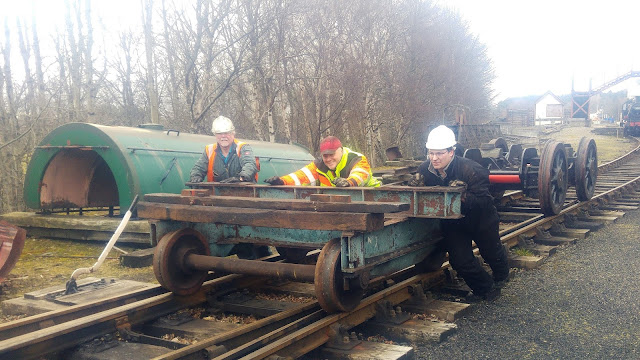 Followed by the front bogie being pushed towards the engine. 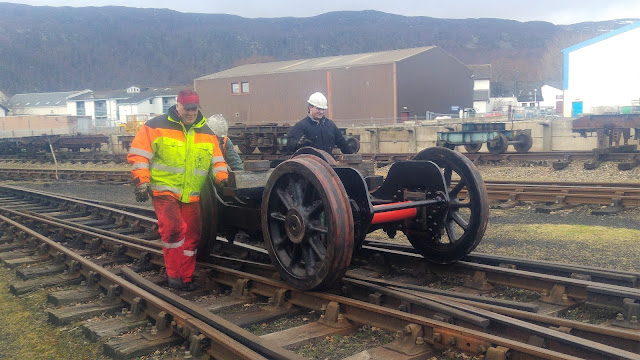 Positioning the bogie under the frames. 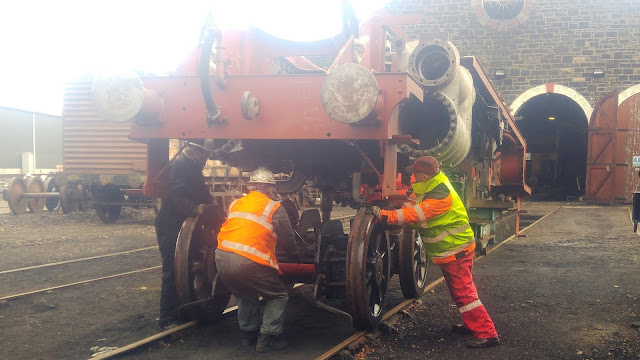 Lowering the frames onto the bogie. 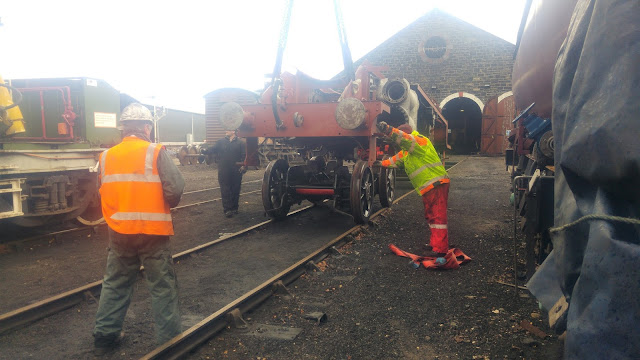 The levelled frames, now ready to receive the driving wheels.  The frames will be lifted using the jacks in the carriage repair shed.  The front bogie has been fitted to provide stability on the journey from the engine shed, to the carriage shed. 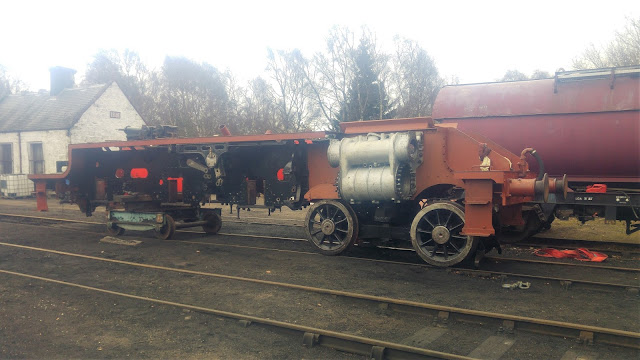 The rear splasher for the front bogie has been fitted, allowing the rear cylinder cover to be fitted.  This is the right hand side. 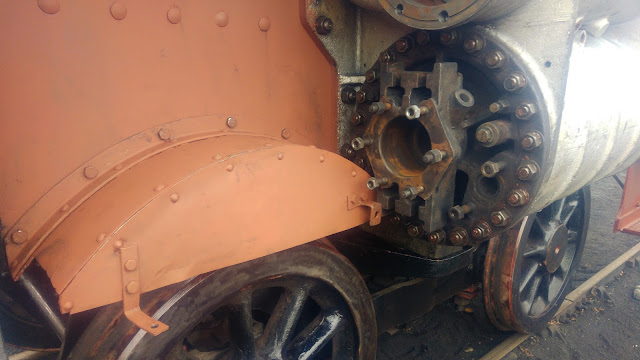 Repeated then with the left hand side. 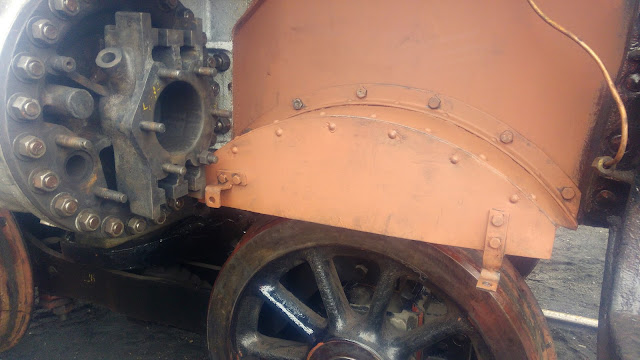 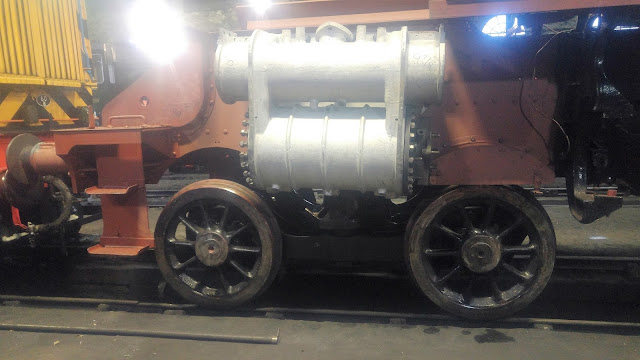 And side view right hand. 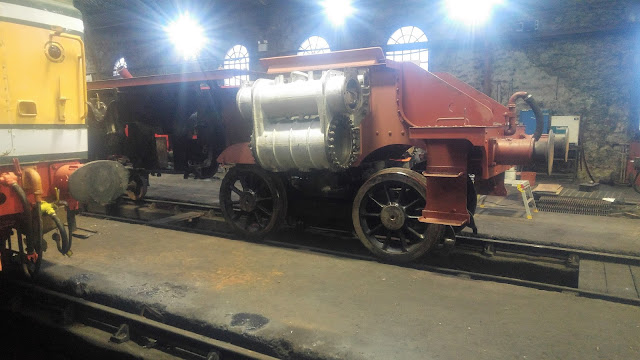 The big lift to install the driving wheels is set for 20th December.
Posted by foxontour at 20:45 No comments: