The main news for this week is that the steel plates for the rear frames have arrived.

Below;
Jack is drilling the holes in the new plates, using the old plates as a pattern. 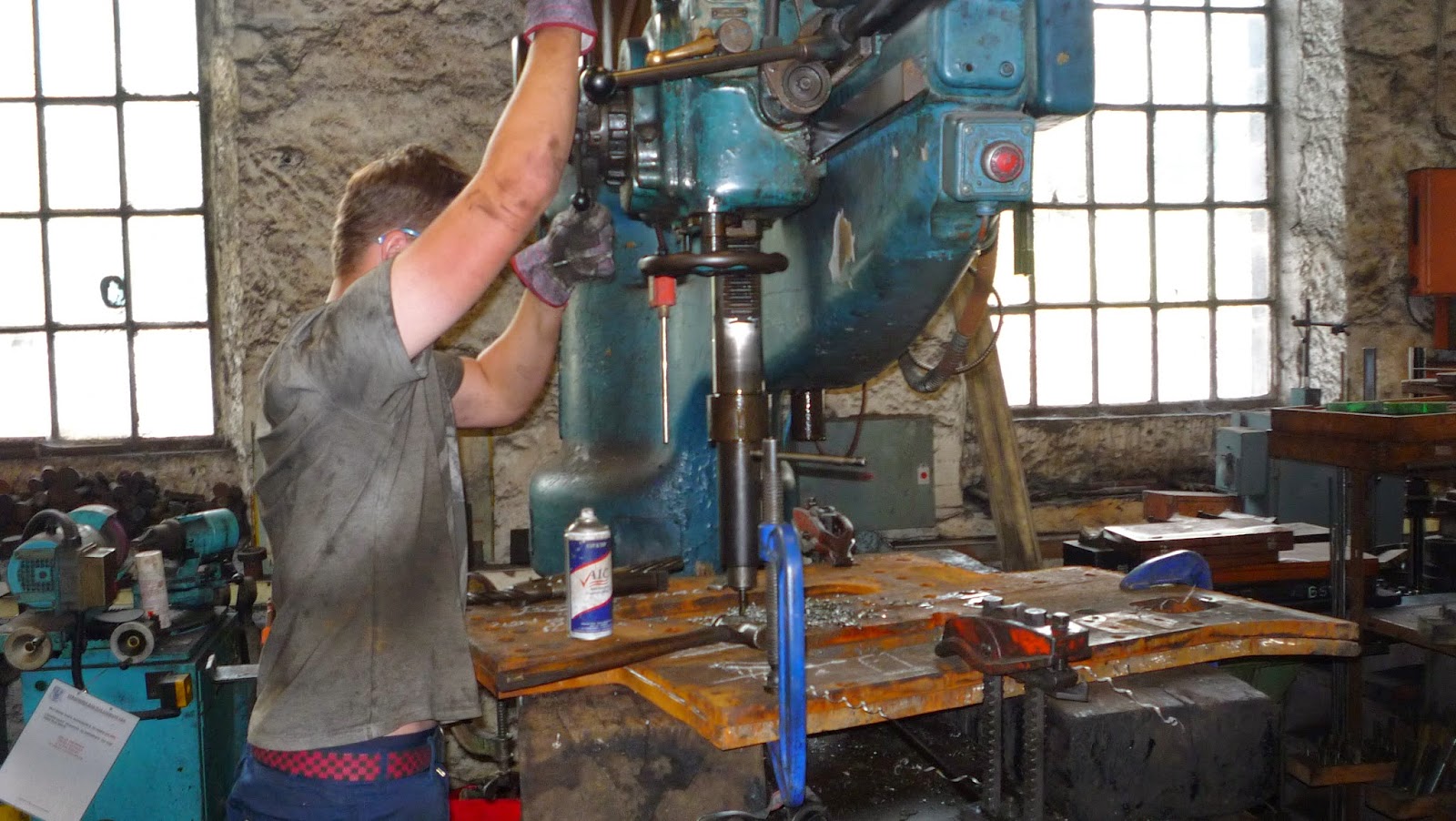 The picture below shows another view of Jack  drilling the holes with Nathan supervising. 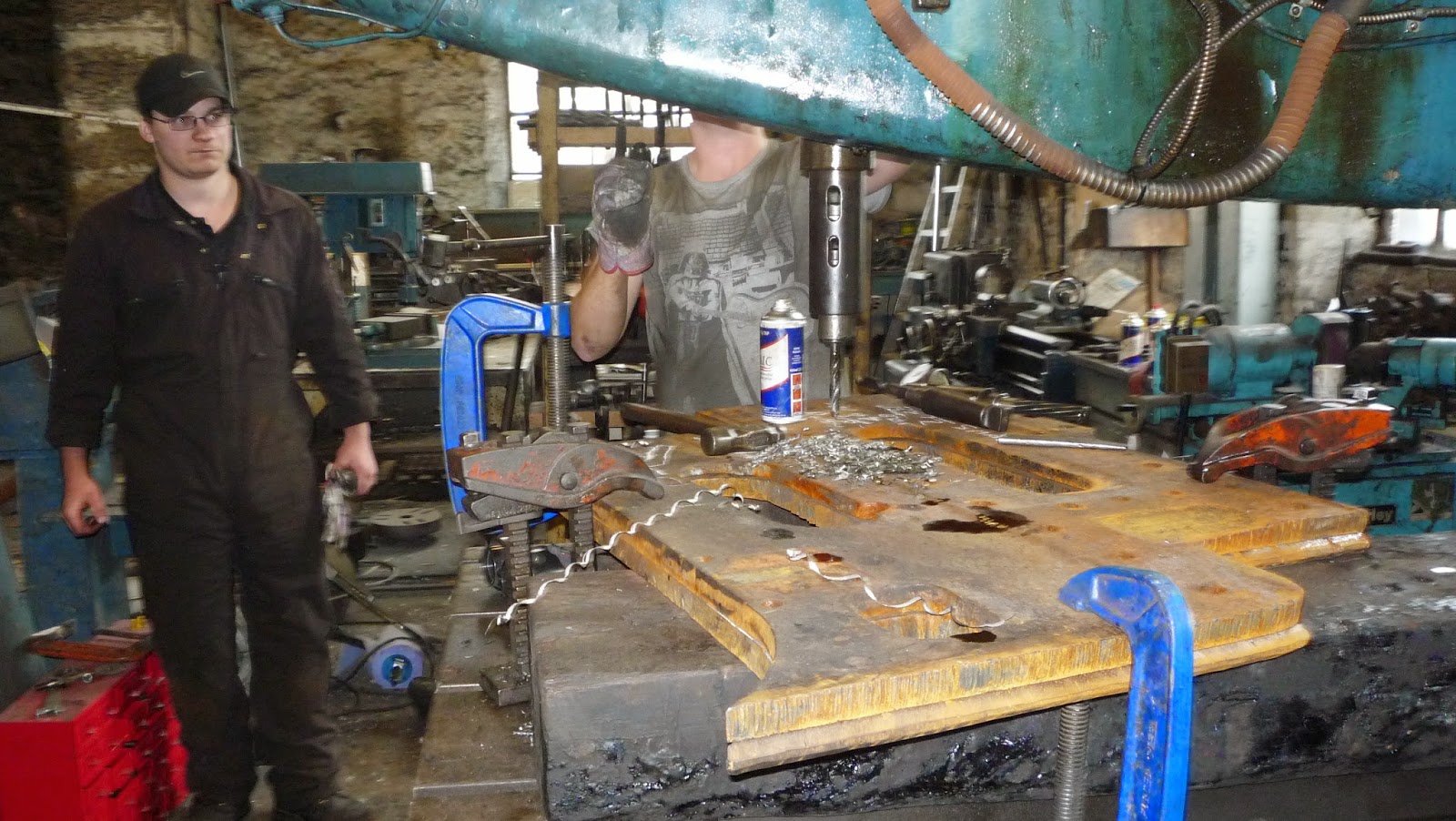 The rear of the frames, profiled ready to receive the new plates.  This is the area in which the drag box which forms the cab floor will be fitted. 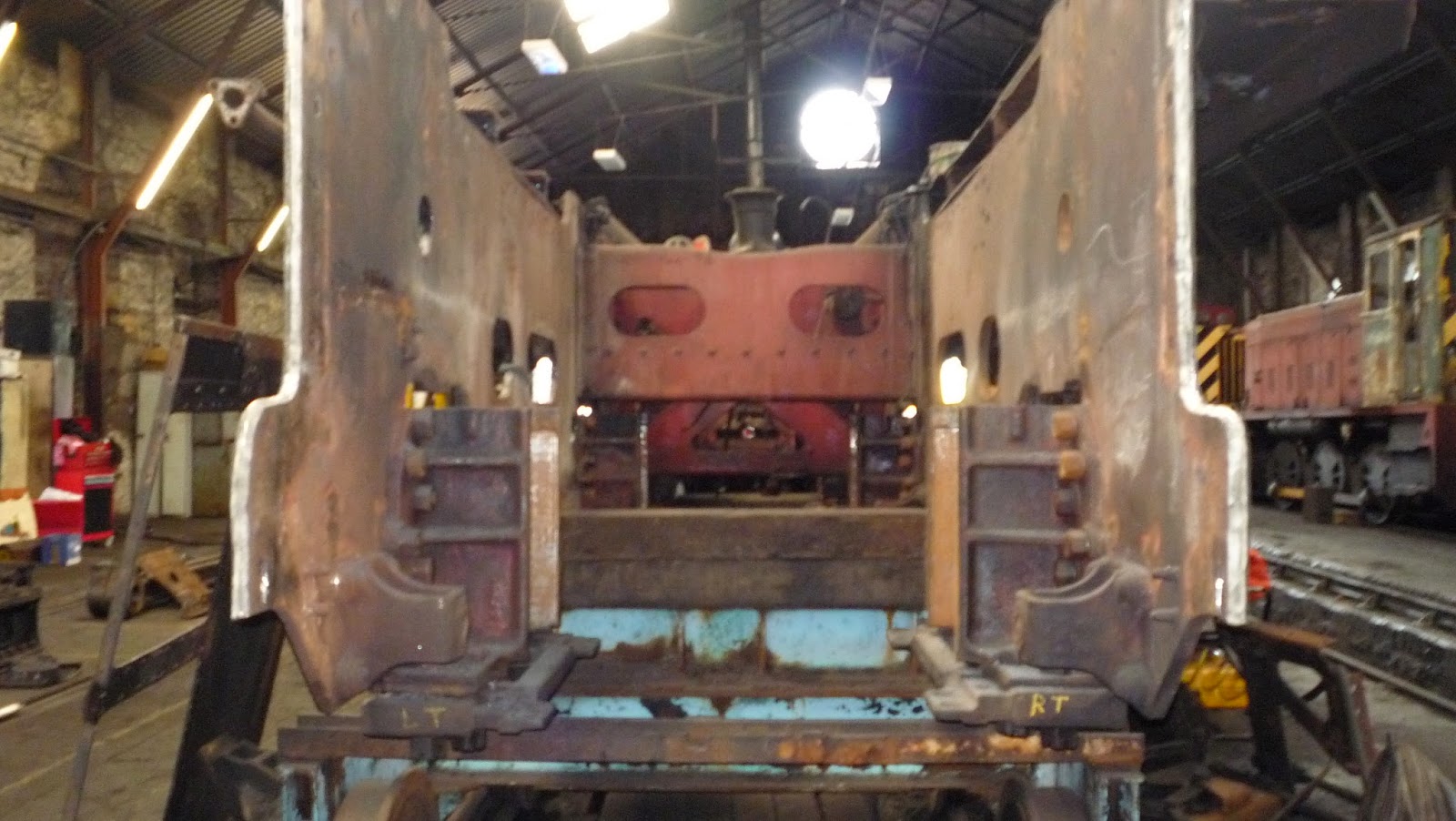 Other work this week has been on the dismantling of the cab roof.  Some of the plates where mouldings were fitted had rusted through and will be replaced. 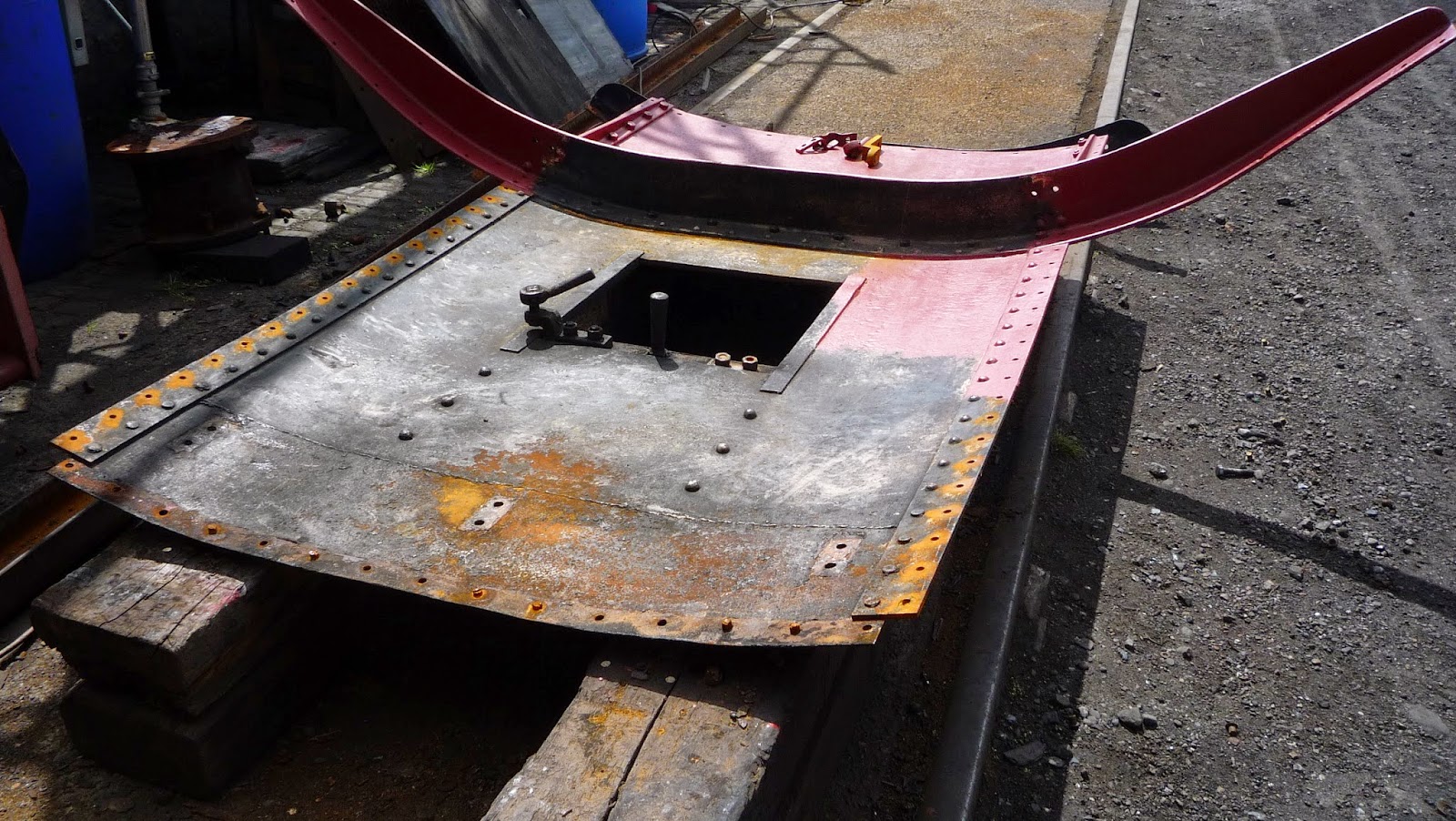 The cab roof where repairs have started, part of which has been painted with red oxide primer. 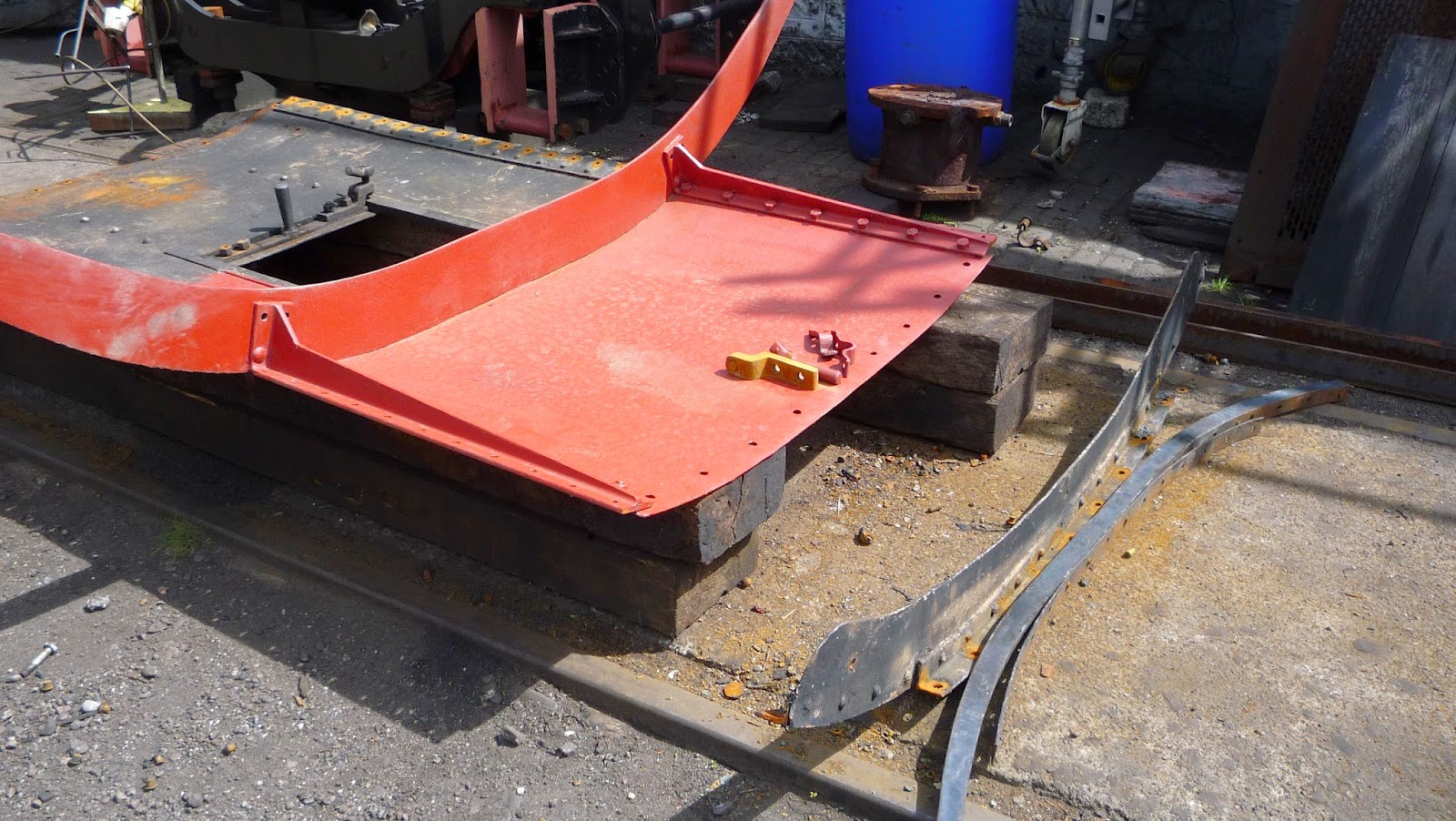 Note; Owing to holidays, the next news will be mid August.
Posted by foxontour at 22:46 No comments:

The first Cylinder pattern is produced.

This past week has seen another milestone reached in the restoration of 5025.  The first of two polystyrene patterns has been produced.  These polystyrene patterns are a modern alternative to the more traditional wooden pattern.  When using this method, the mould doesn't have to be made in two pieces, the molten metal is poured into a single mould whilst the pattern is still inside, it simply vaporises the mould whilst forming the casting. 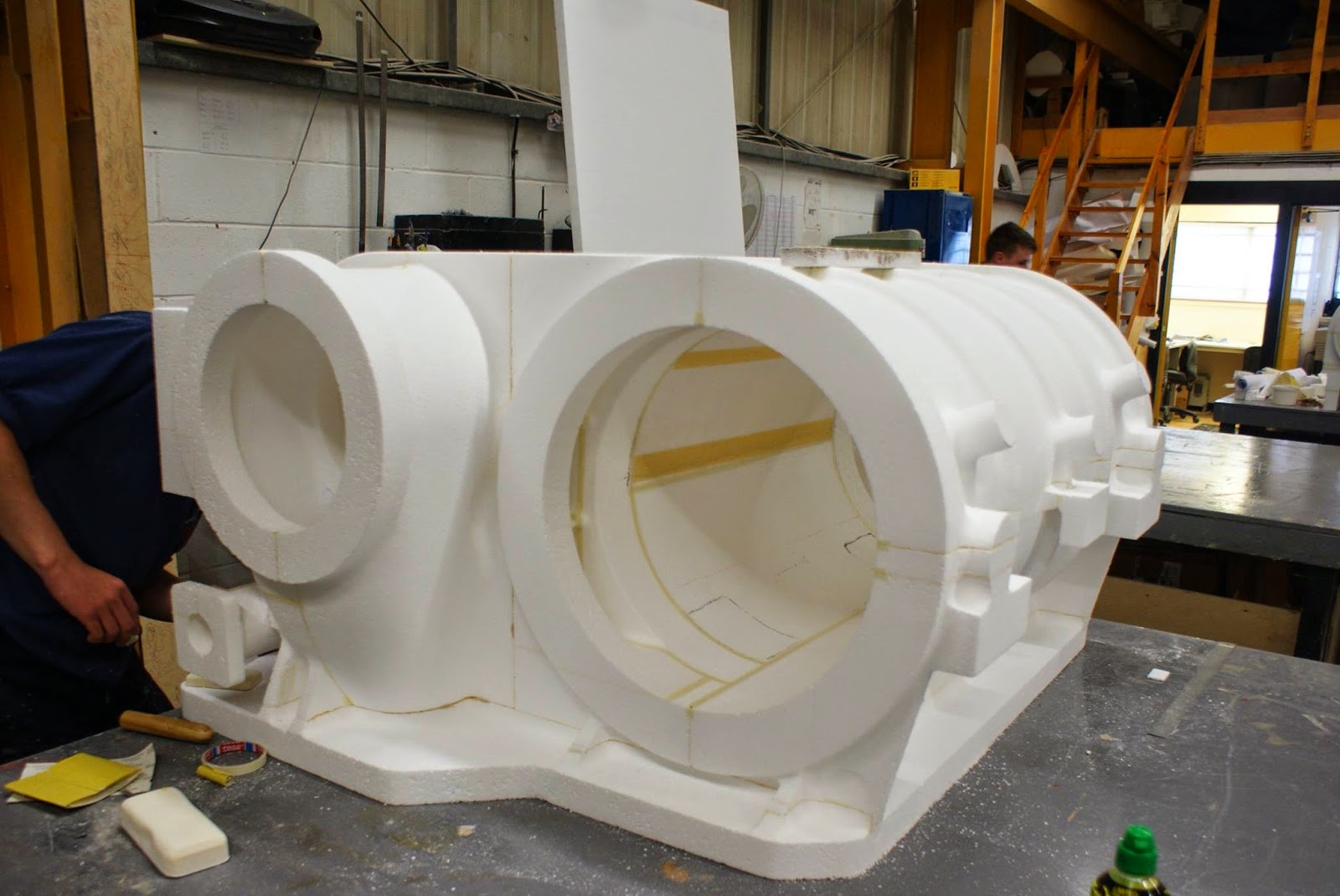 other work carried out this week includes the mounting of the side bearing cups on the front bogie mounting beam. 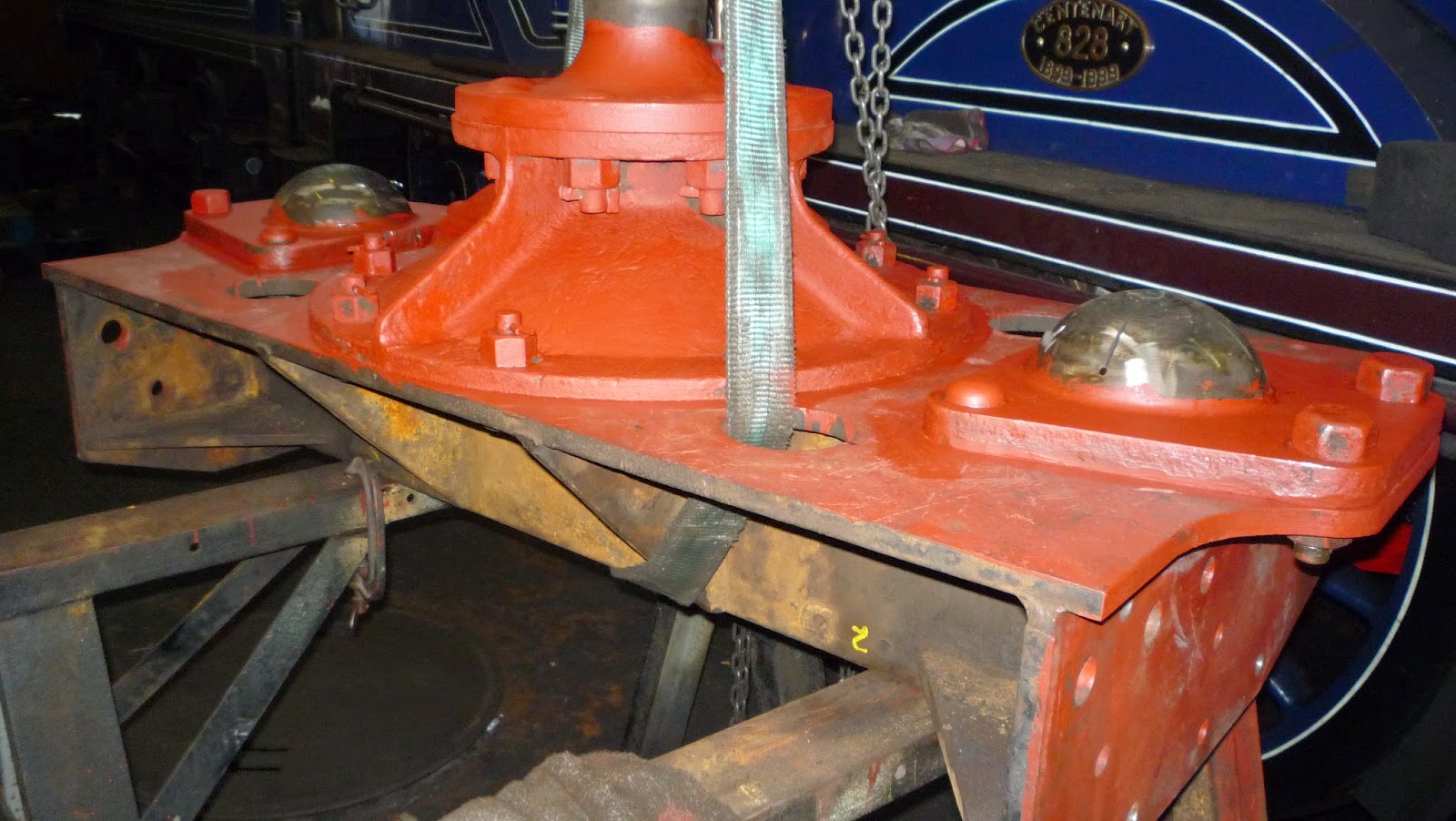 The rear frames have been cut and profiled for welding, waiting for the new steel to be delivered. 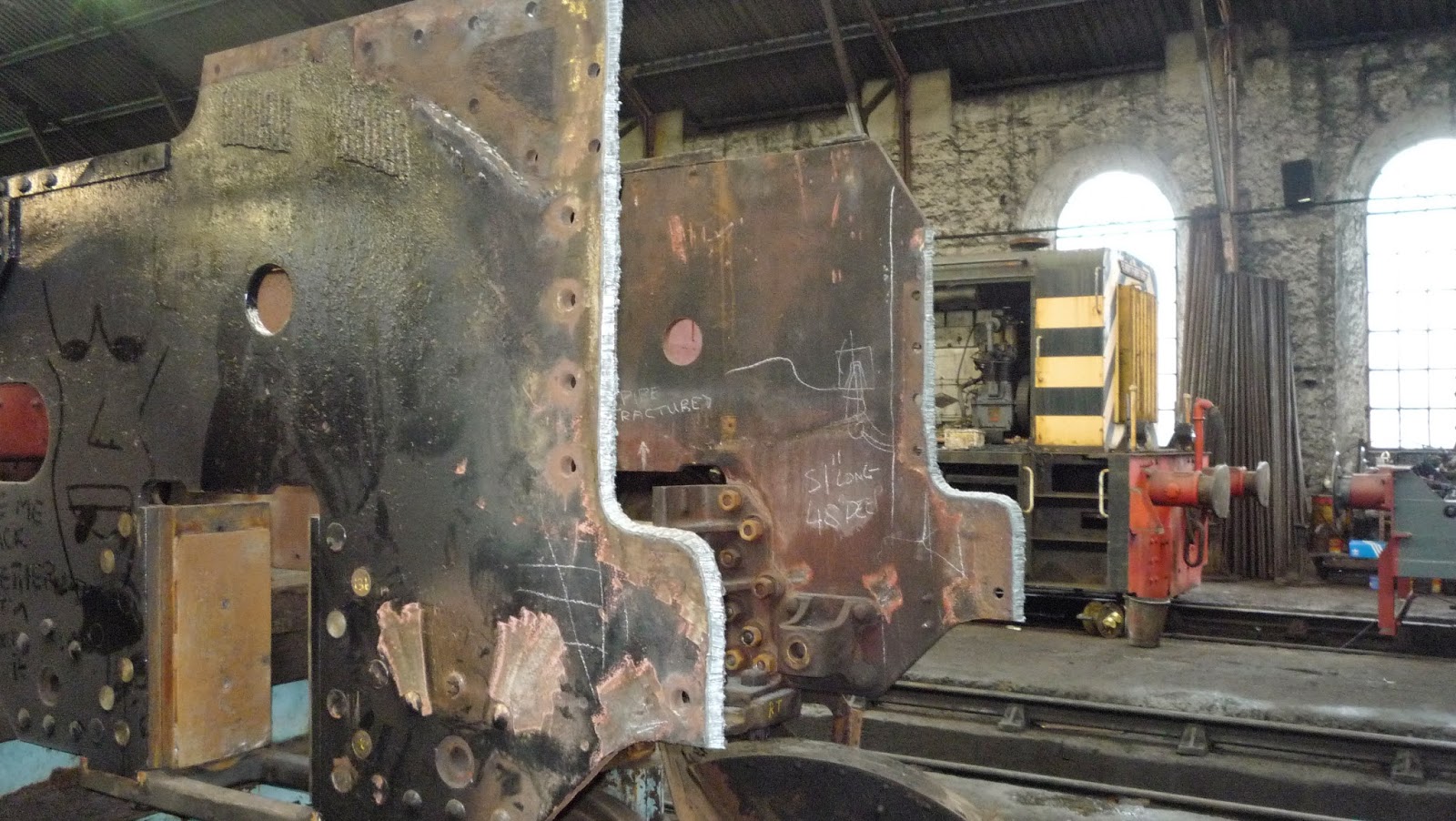 At the front the new buffer beam has been trial fitted. 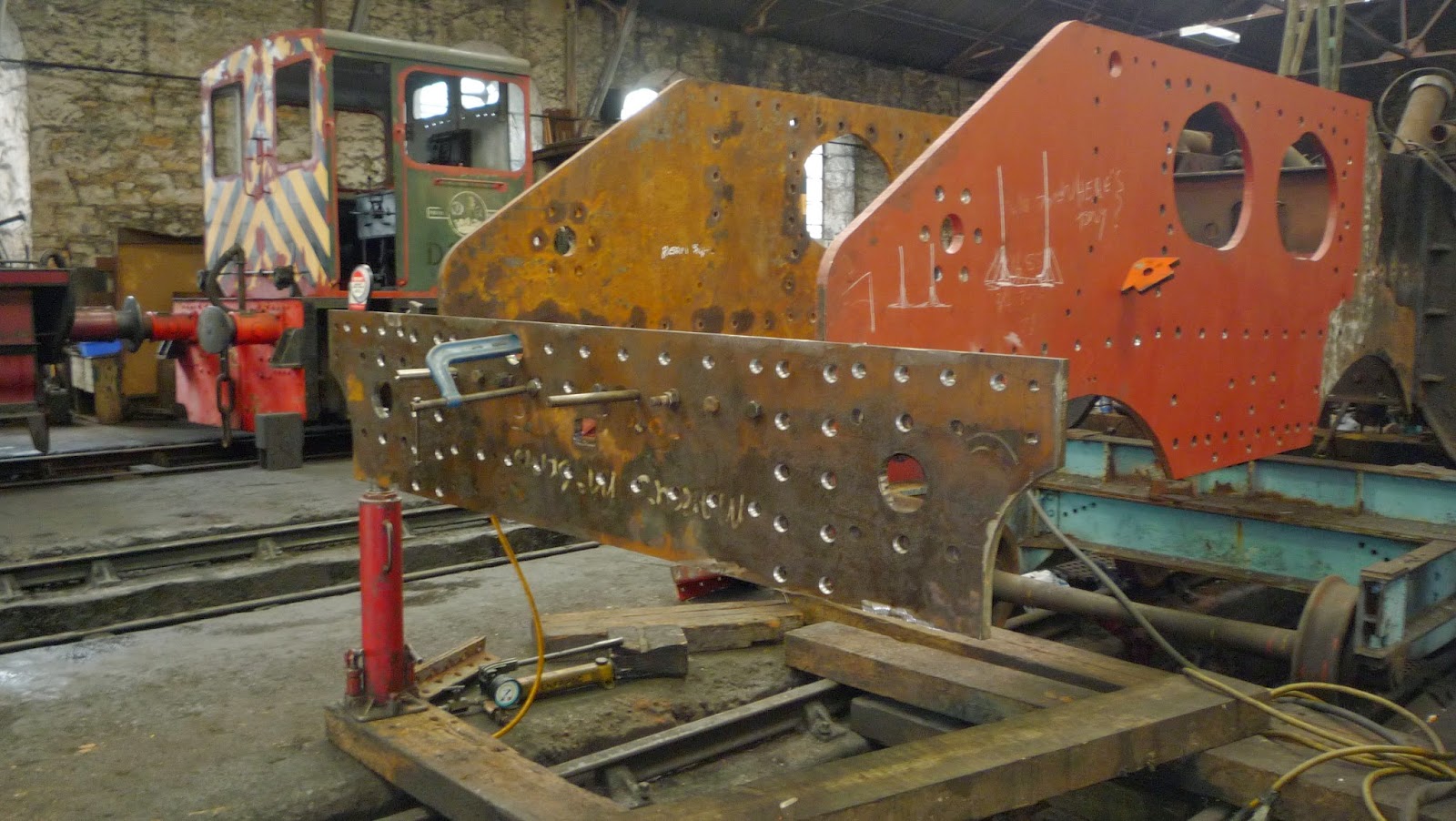 The buffer beam support brackets, tacked in place for drilling. 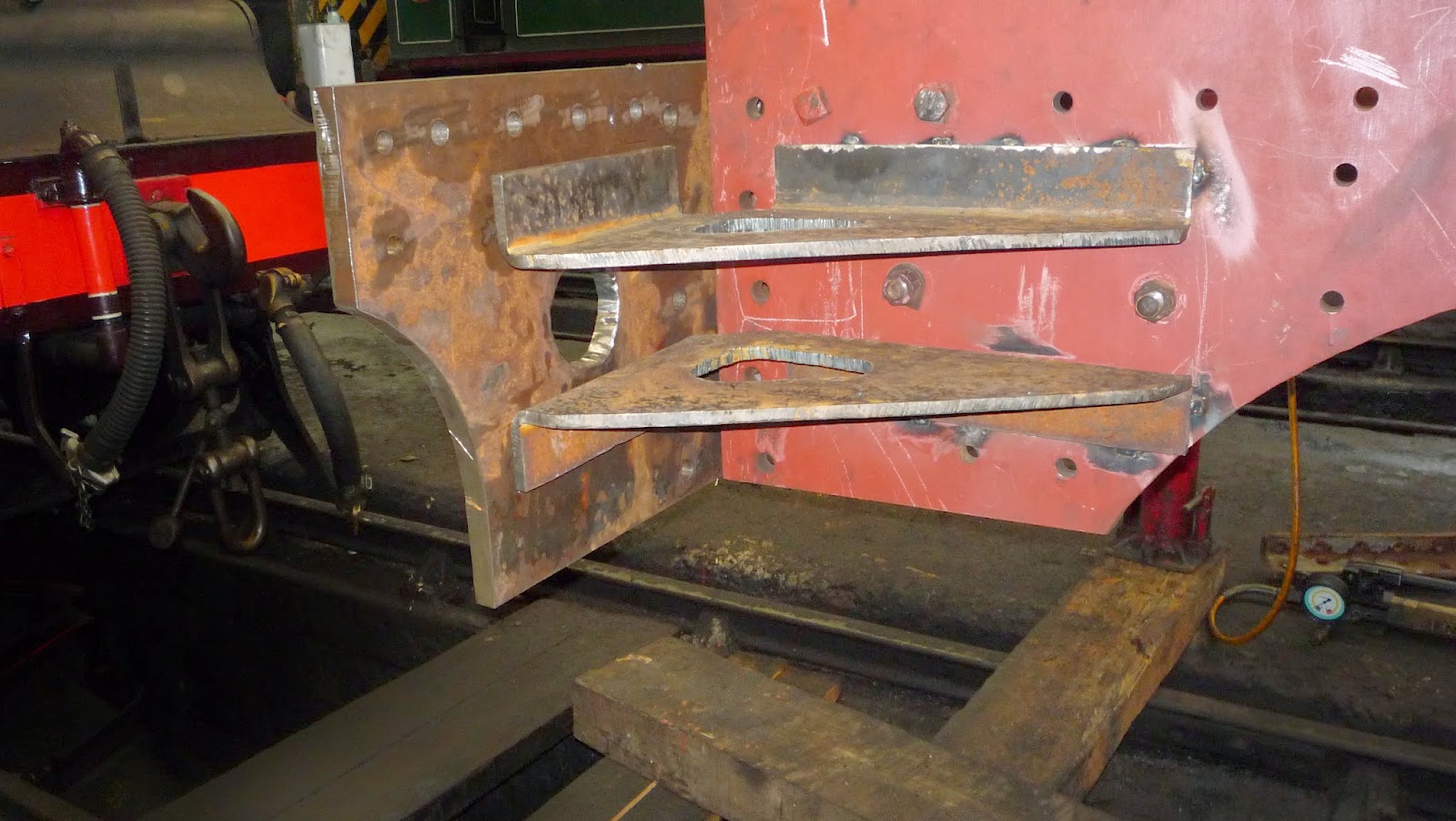 Nathan and Tommy cleaning up the axle journals, prior to the trial fitting of the axle boxes. 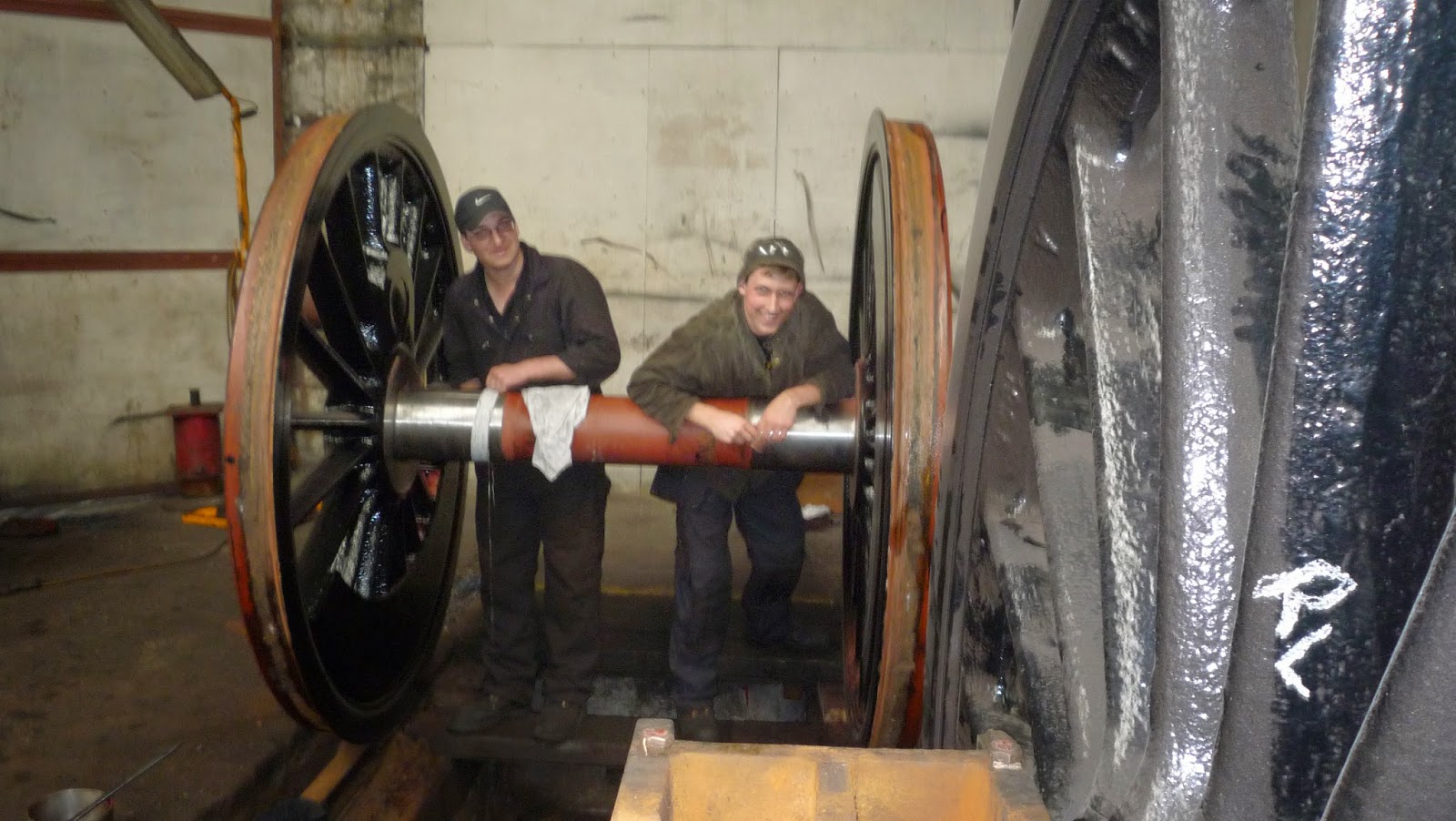 A driving axle with an axle box fitted.  At this stage everything is trial fitted so as to get all of the dimensions correct.  These boxes will probably be trial fitted at least three times before the final fitting. 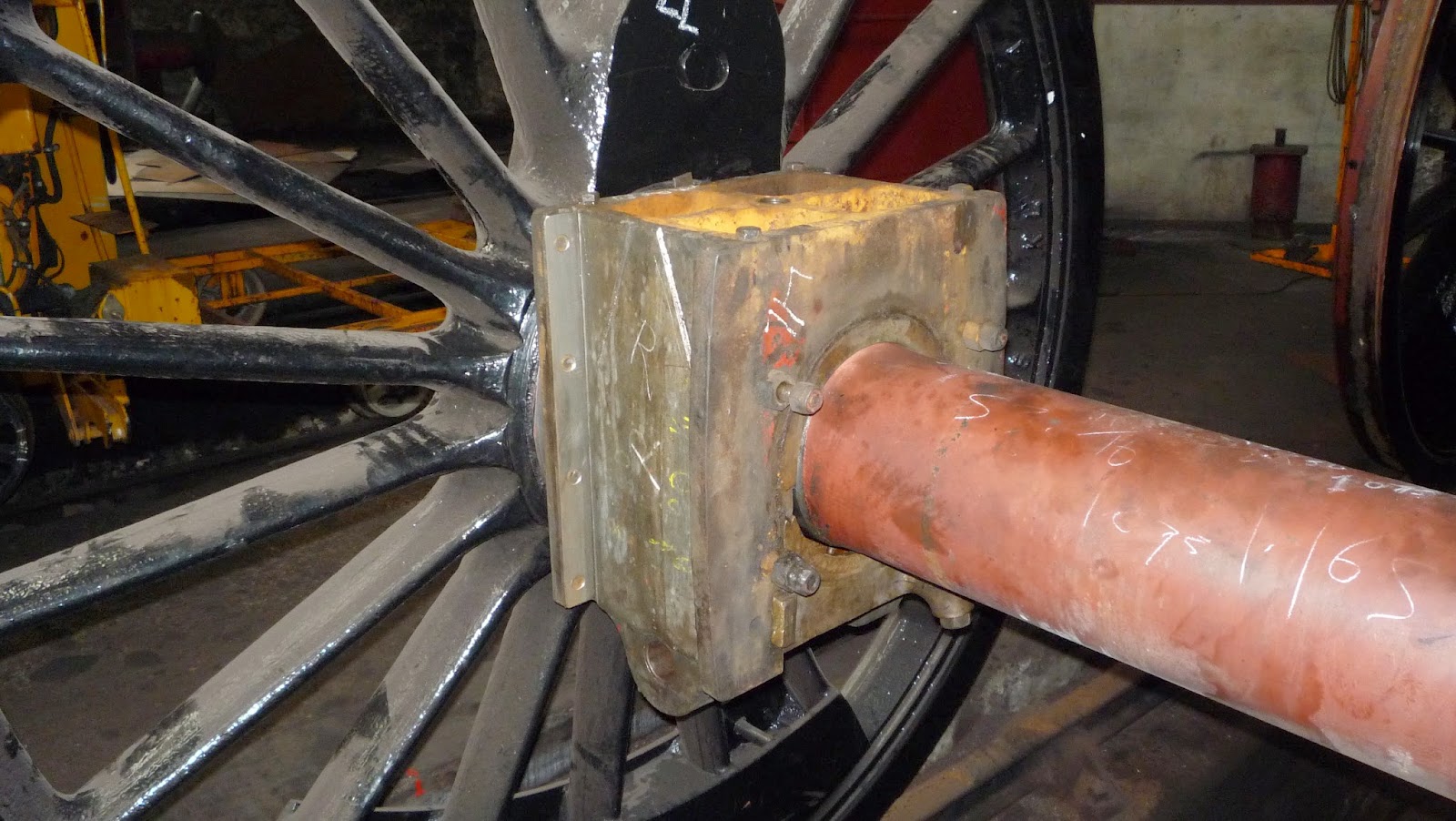 The axle from another view. 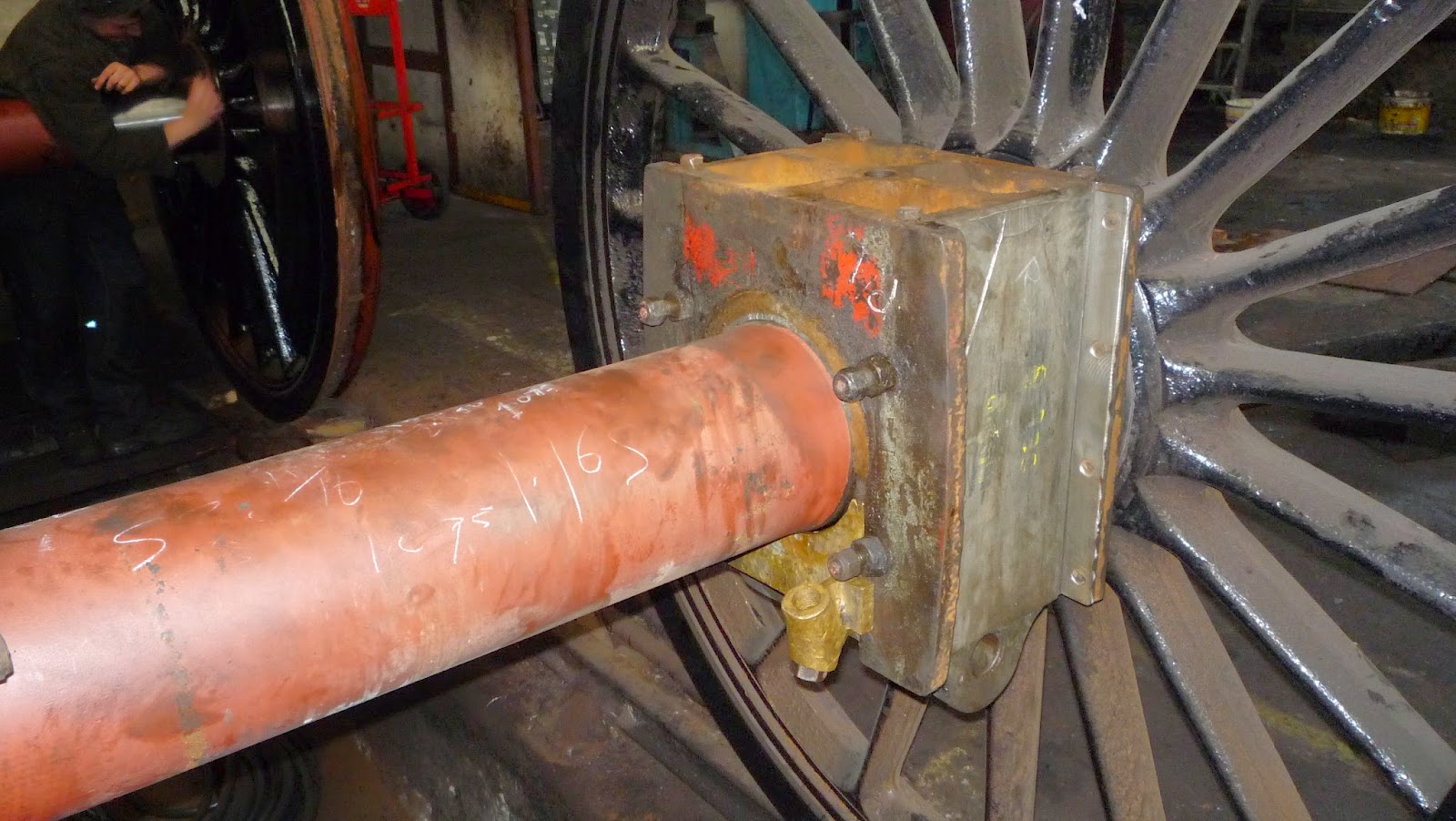 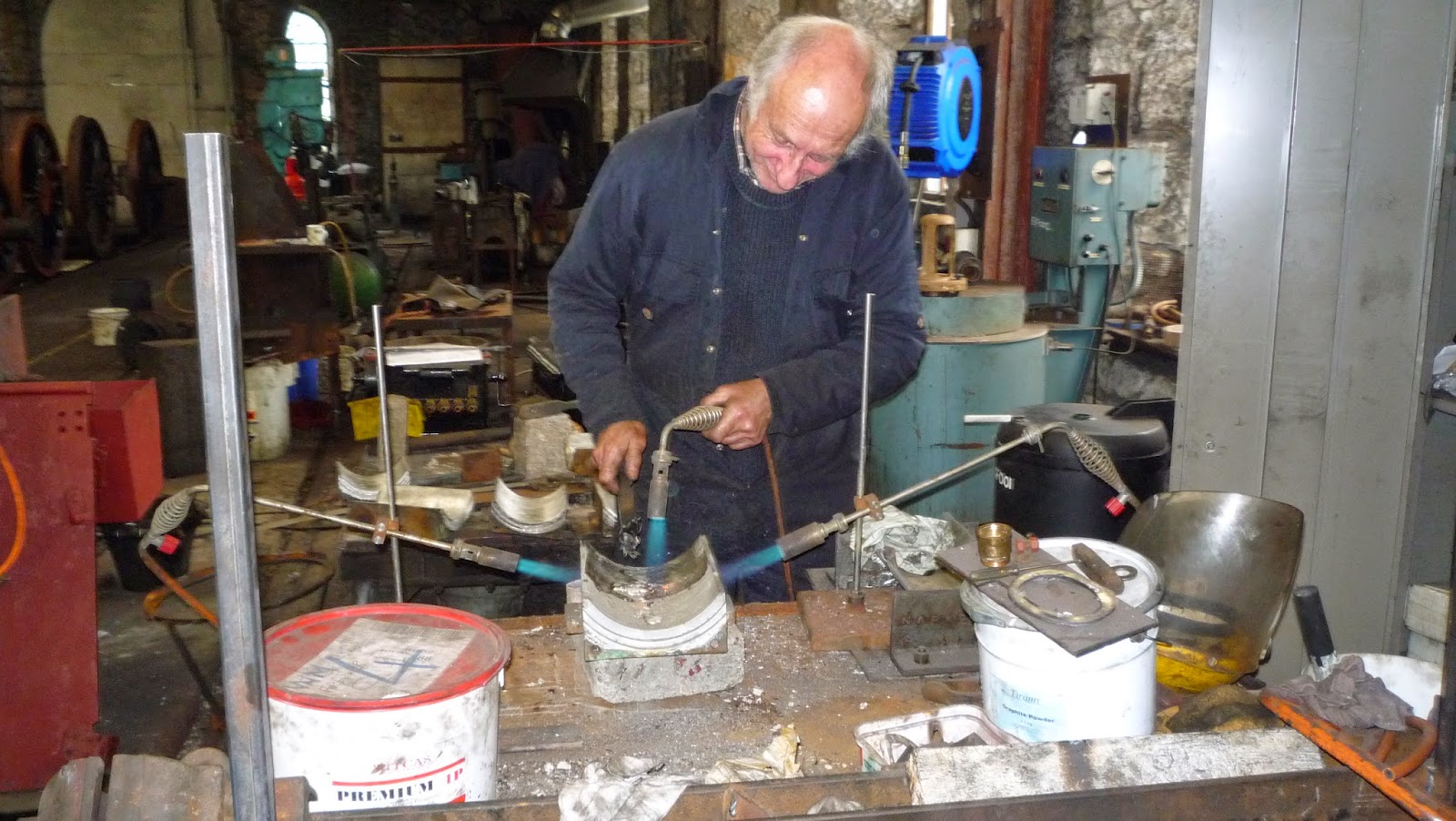 A closer view of the axle bearing preparation. 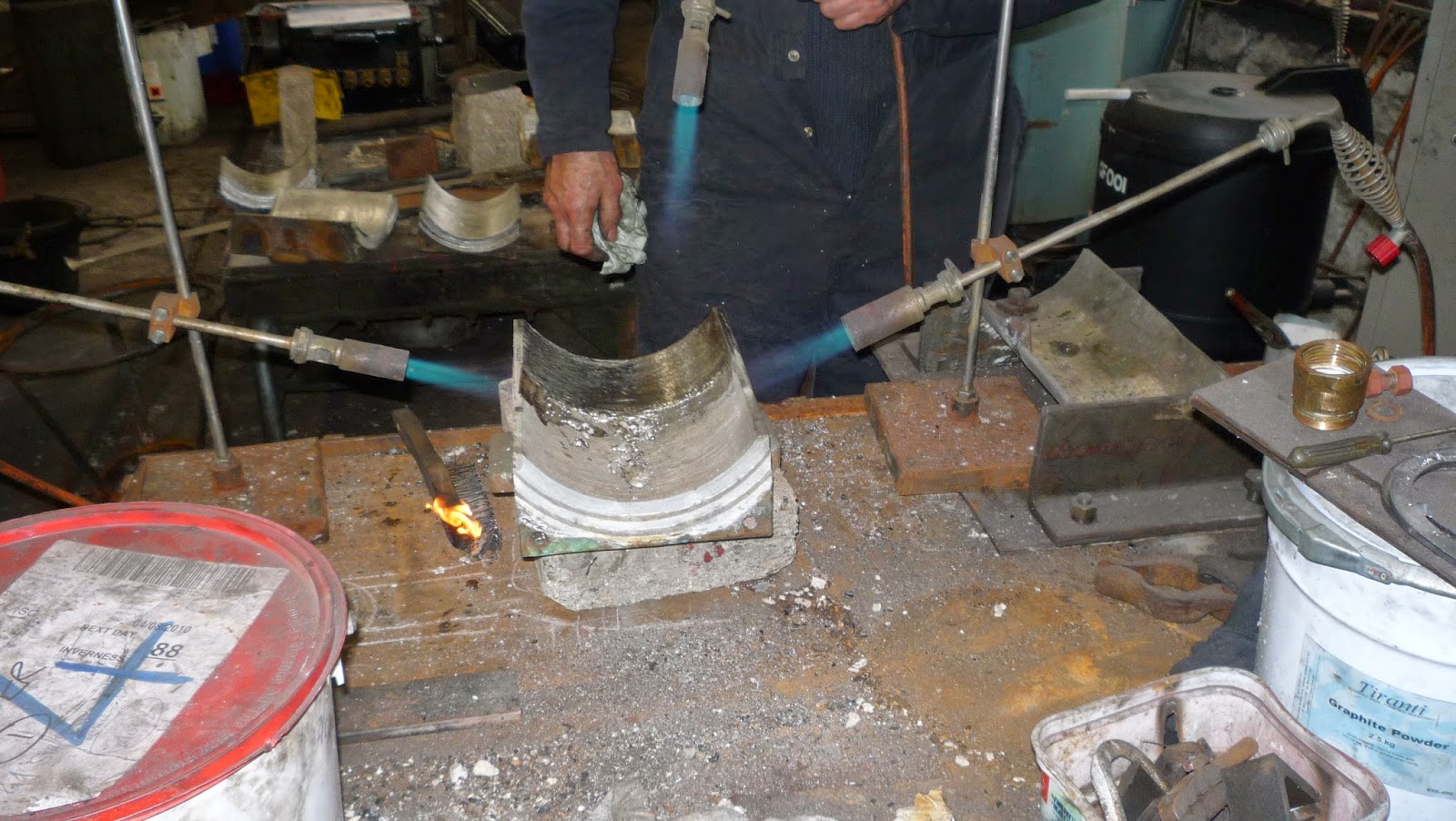 Posted by foxontour at 21:42 No comments: