There has been some progress with the riveting of the front end.  This is despite the other engines constantly demanding attention.
The heating of the rivets has changed from the oven, to using an oxy-acetylene lance.  This method is proving to be quicker in that when a rivet is in the oven, when taken out, it takes a while to heat the oven back up again. 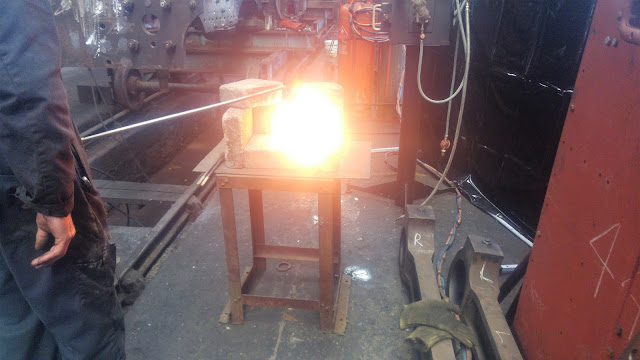 The countersunk rivets that hold the angle iron to the top of the buffer beam.  This angle in turn hold the running plate. 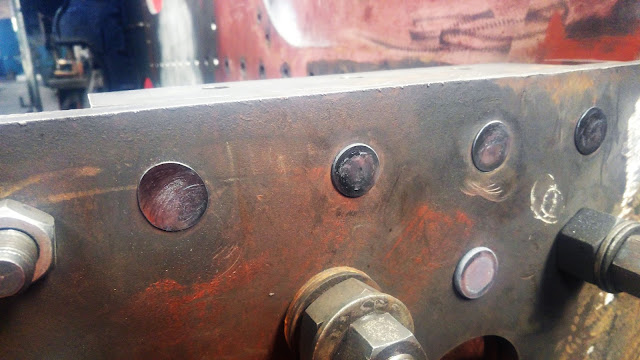 Looking at the rear of the buffer beam, the angle that was mentioned previously can be seen at the top.  The strengthening flitch plates on this side have also been riveted into place. 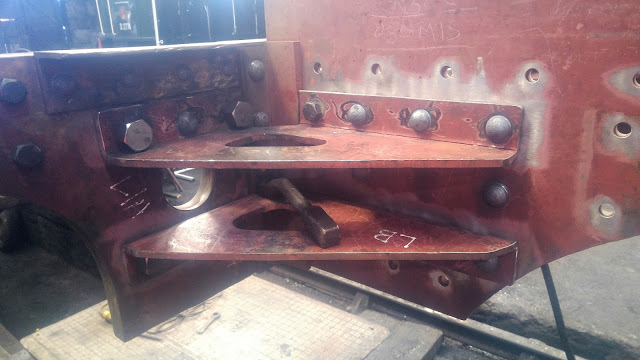 The buffer beam with the addition of the vacuum pipe dummy coupling. 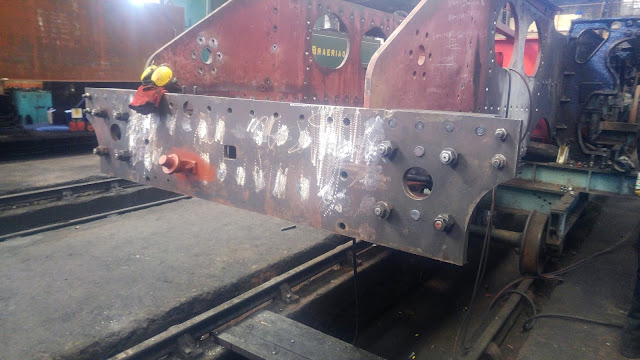 And later with the addition of the front buffers themselves. 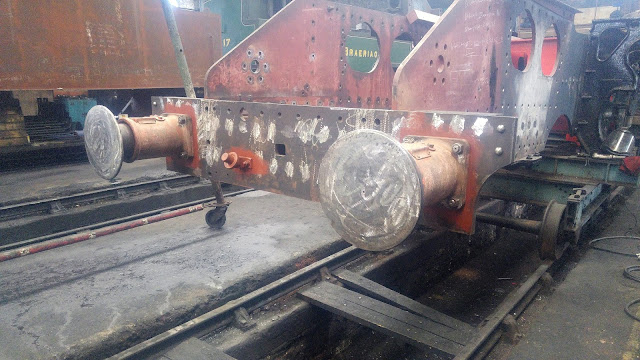 In between the frames, the front bogie mounting stretcher has been riveted into place. 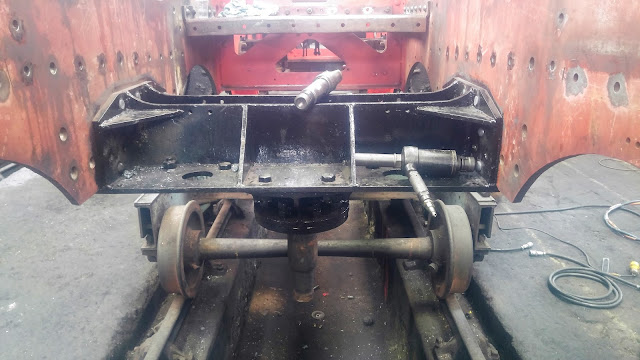 The rear stretcher under this front section is also now permanently riveted into its place. 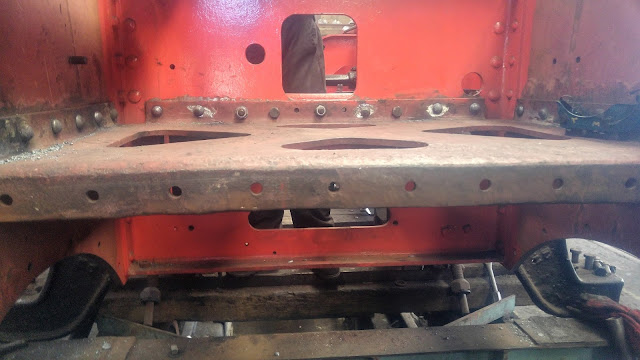 The rear of the centre section of the buffer beam.  This shows the left hand flitch plate and centre draw hook strengthener permanently in place. 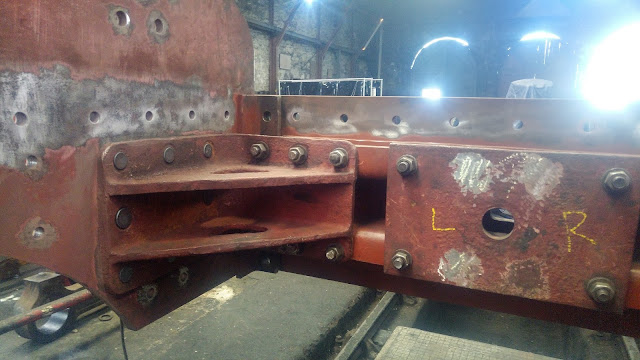 On the outside of the frames, above where the cylinders will fit, is the running plate support angle which has also been riveted into place. 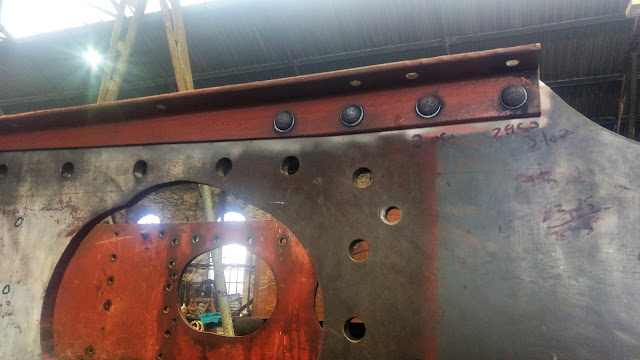