The rear drag box has been removed from the frames and is pictured here upside down.  It has had the engine steam brake assembly fitted, prior to riveting.  Here the two support brackets have been mounted on the box, the actuating arm mounted with the two bosses in the frame.  This is attached, on the left, to the steam brake cylinder, which in itself is a brand new casting.  The spacer bracket, between the two support arms had to be renewed as the original couldn't be found. 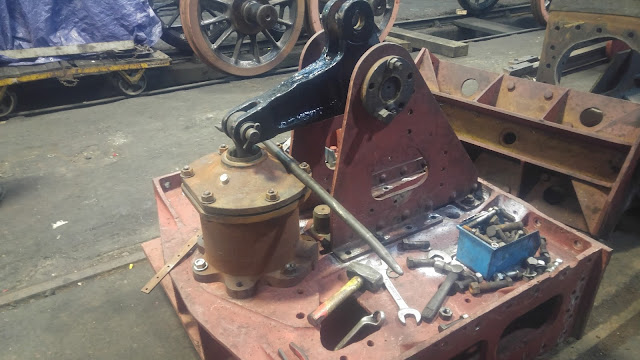 Another view with the spacer bracket showing the return spring attached to it. 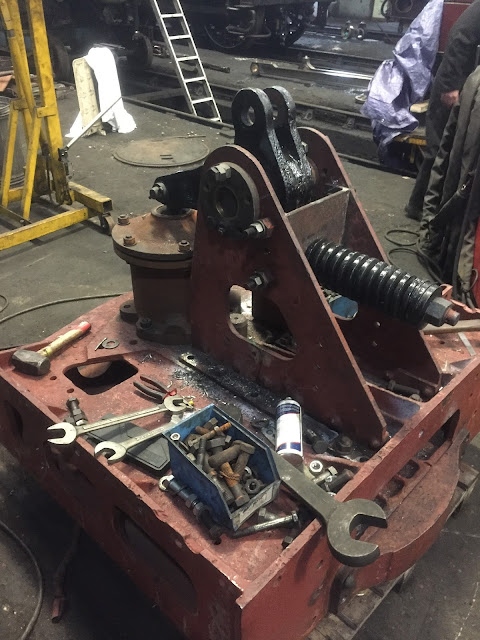 One of the exhaust steam branches in the machine having the flanges planed, following slight distortion after the welding process. 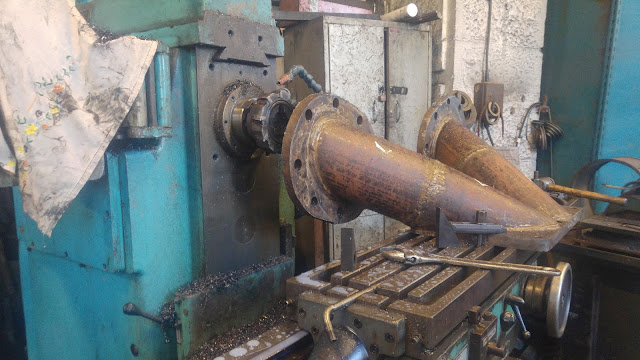 The following pictures are of subjects that have been covered earlier, they are from Calum's collection and haven't been published before.

Tommy centre popping where his next hole will be. 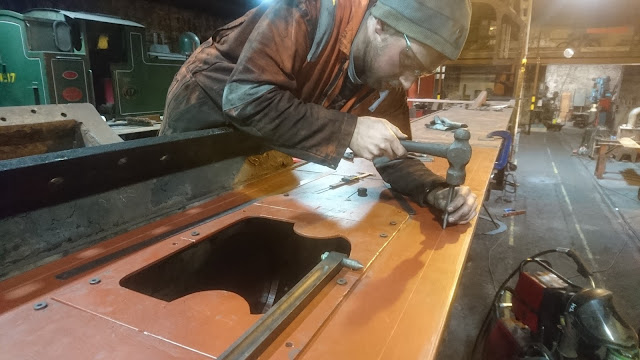 Alan applying white metal to one of the cross heads 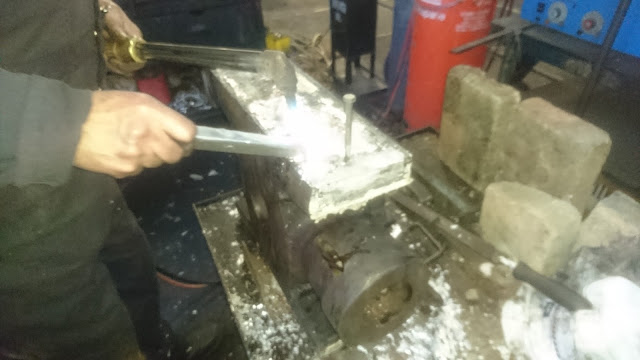 More of the white metalling process.  The cross head design allows the white metal to be melted in using the Oxy-acetylene gear rather than pouring molten metal into a mould, 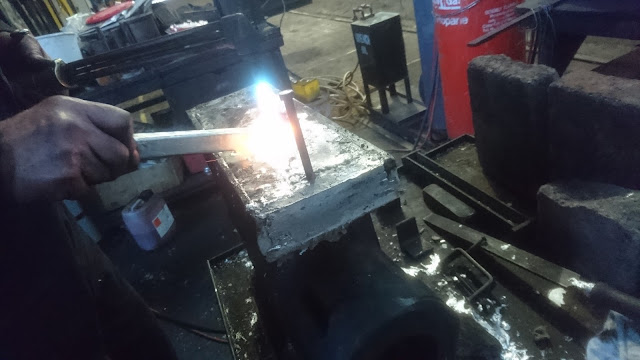 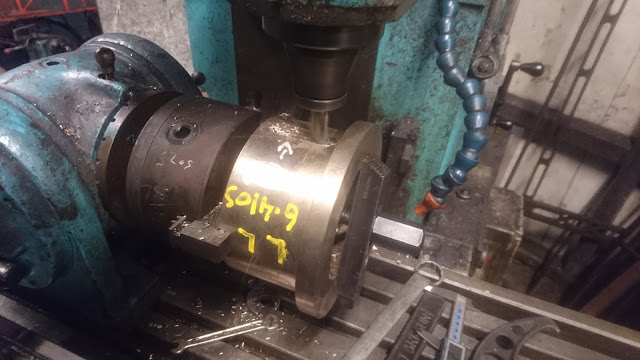 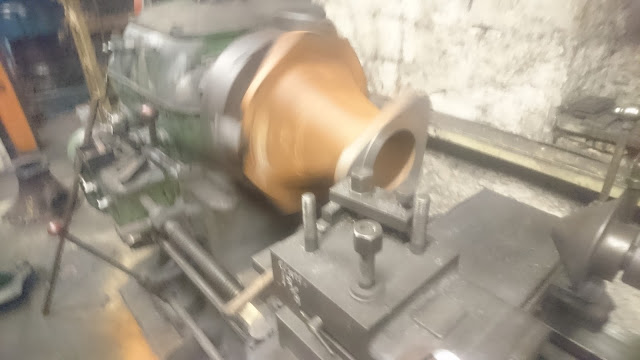 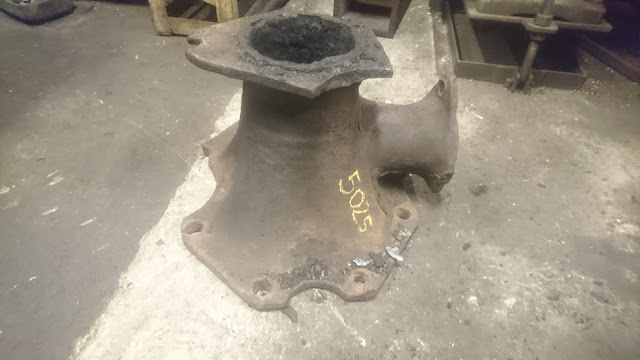 The broken base of the old blast pipe. 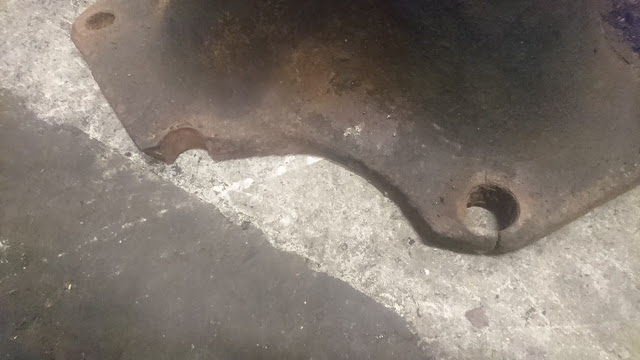 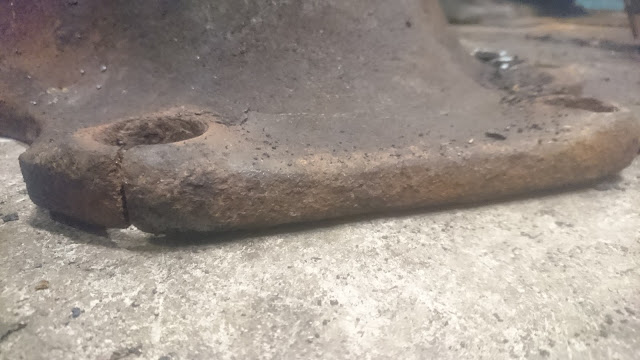 Another view of Tommy drilling the running plate 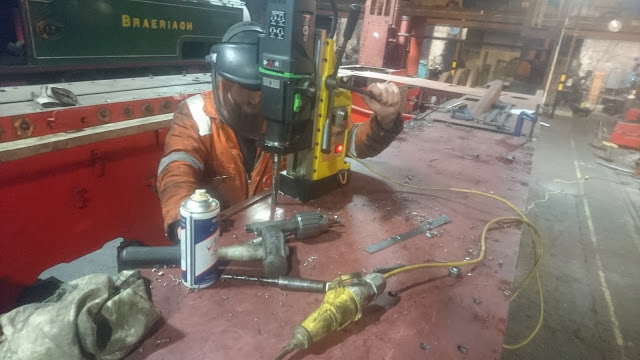 A general view through the new cab. 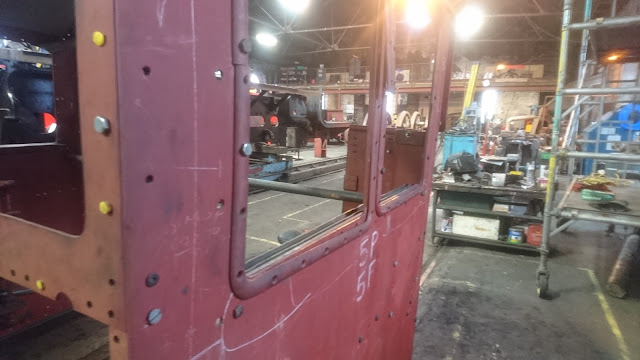 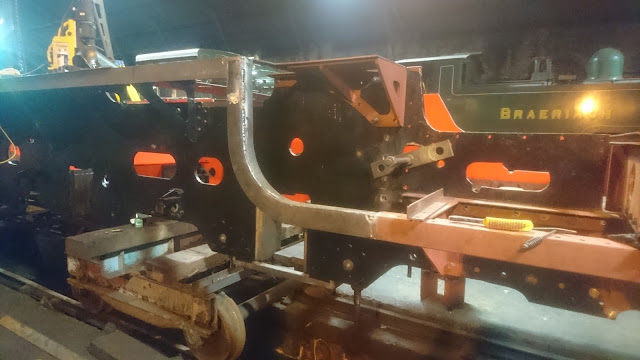 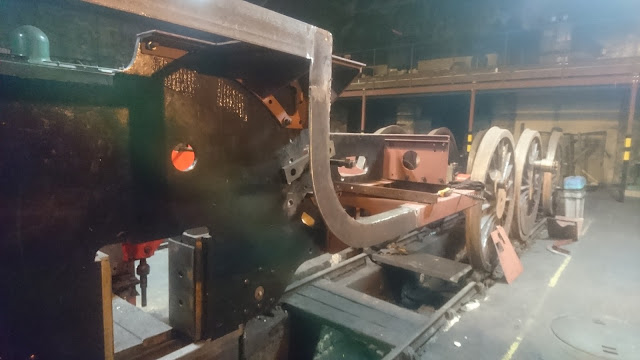 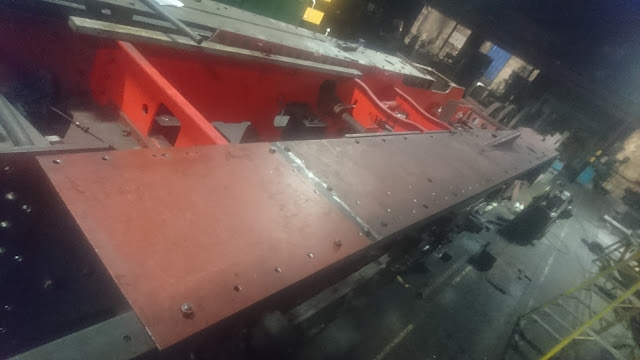 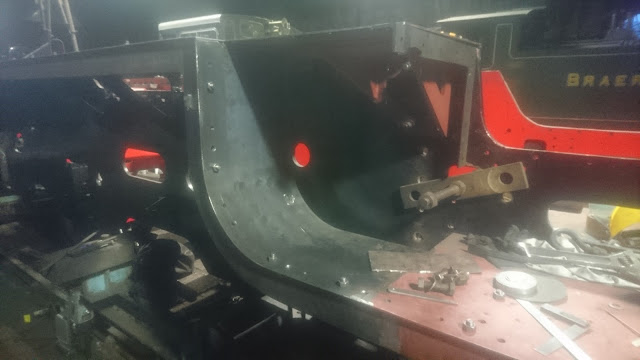 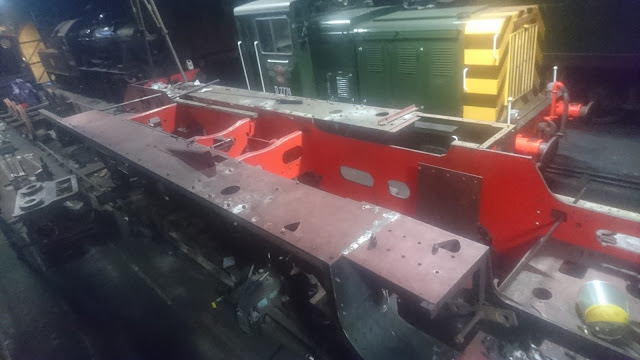 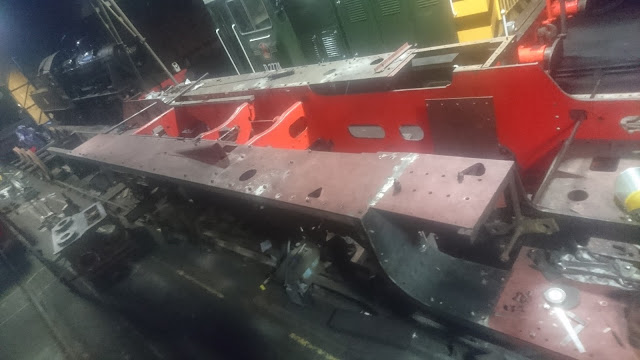